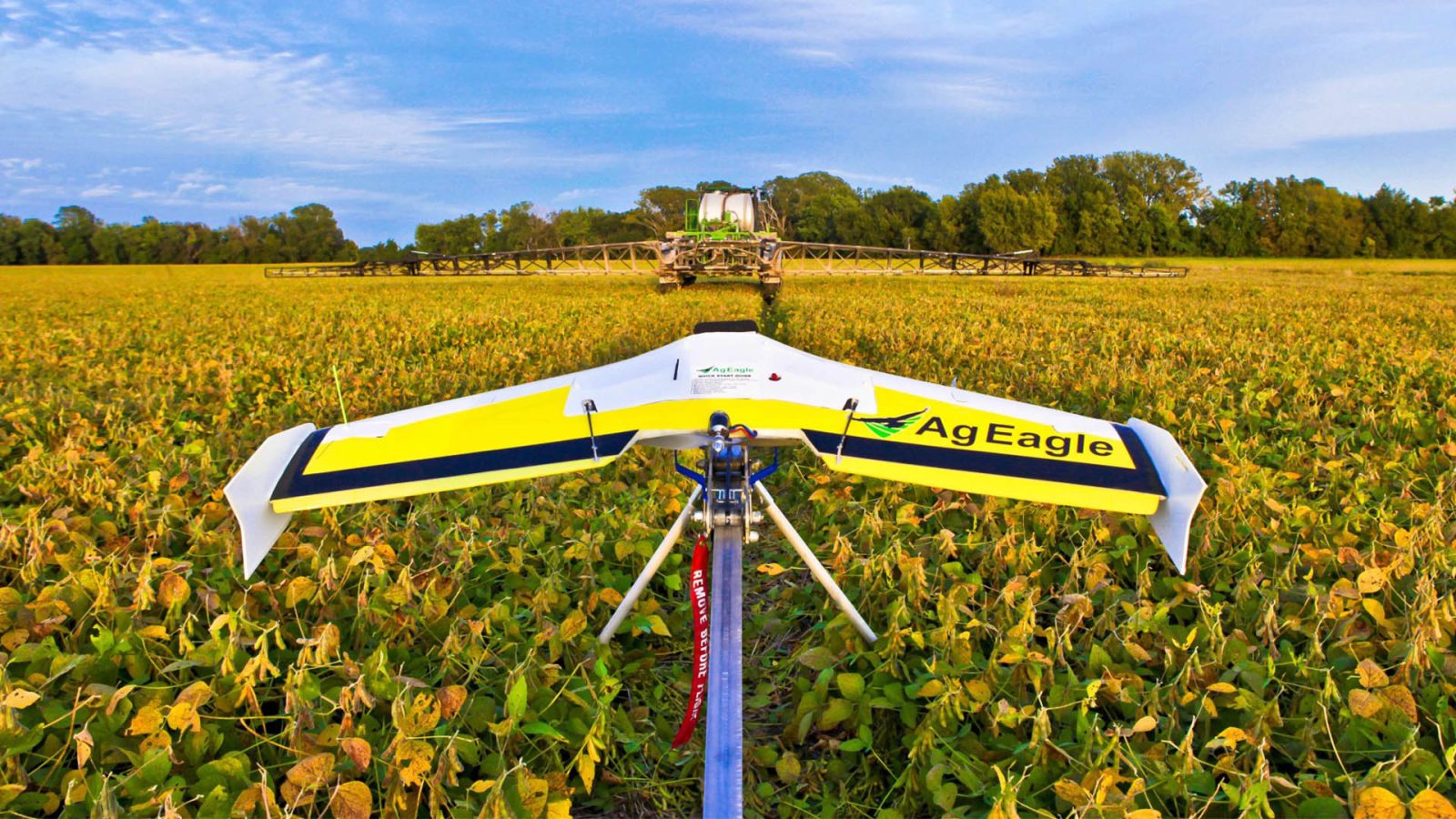 There are nearly 15 million farmers in India who grow corn, which is considered to be the third most important crop, just behind wheat and rice. When you think of drones being used in agriculture, you probably assume it’s a huge octocopter flying just above the plants spraying either water or pesticides. Instead, companies like Skylark and Syngenta are using drones to collect real-time data about how to increase productivity and identify dying plants.

How images are taken

In a sense, these drone operators are taking one big photo of a field filled with crops to get the data they need. They aren’t just flying super high, taking one photo, and then calling it a day. That single photo is too small of a resolution to be analyzed properly.

Instead, the drone takes hundreds, sometimes thousands of pictures across an entire plot of land and then software is used to stitch them together. This needs to be done properly; with the borders set perfectly around the field and enough overlap of each photo for the software to analyze each frame and process the full image.

Once all of these are set, the drone does the work by flying from waypoint to waypoint taking each individual photo. A lot of the hard work is done by software, it’s the knowledge of how to use it that makes the work these companies do valuable.

This fully stitched image can be looked at after it has been processed to count the number of crops planted in a field. Accuracy is always key when switching to a new technology such as drones, you want to make sure the software’s results justify making the switch. Ananth Erasappa, chief flight operator at Bengaluru-based Skylark Drones, stated:

“We initially conducted sample surveys in three to four farms using drones and then cross-checked the results manually. We were able to achieve 90% to 95% accuracy in these sample tests.”

That same fully stitched image can also be used to check on the health of plants. According to FactorDaily, Cyient, a Hyderabad-based engineering design services company, and a leading fertilizer company in south India are joining forces on a precision agriculture project. They using drones to monitor crop health on farms and take action if needed. 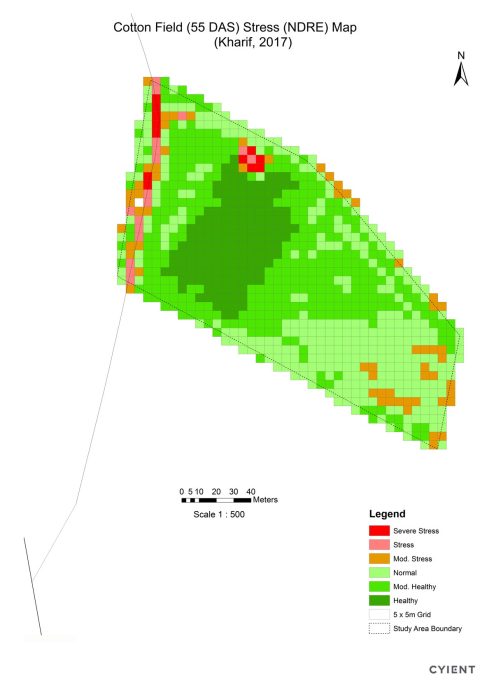 In the above photo from Cyient, a farm that was mapped by drones has been converted to a color-coded chart showing which areas need more attention than others. More drones can thus be deployed, to easily tend to crops in need from the air.

This data will ultimately alert the farmer as to which areas are being affected. More information is needed to then deal with the information given, like what is actually causing the declining health of the affected plants.

Farmers of the future will become much smarter using drones to collect data and deliver fluids (water & pesticides) as need, all autonomously. Like all other commercial applications, these commercial uses for drones face a massive wall when it comes to regulation. With all of these applications on the bleeding edge of drone technology waiting for approval, soon we should see a shift in political feelings about drones in the near future.

What do you think about drones helping farmers? Let us know in the comments below.