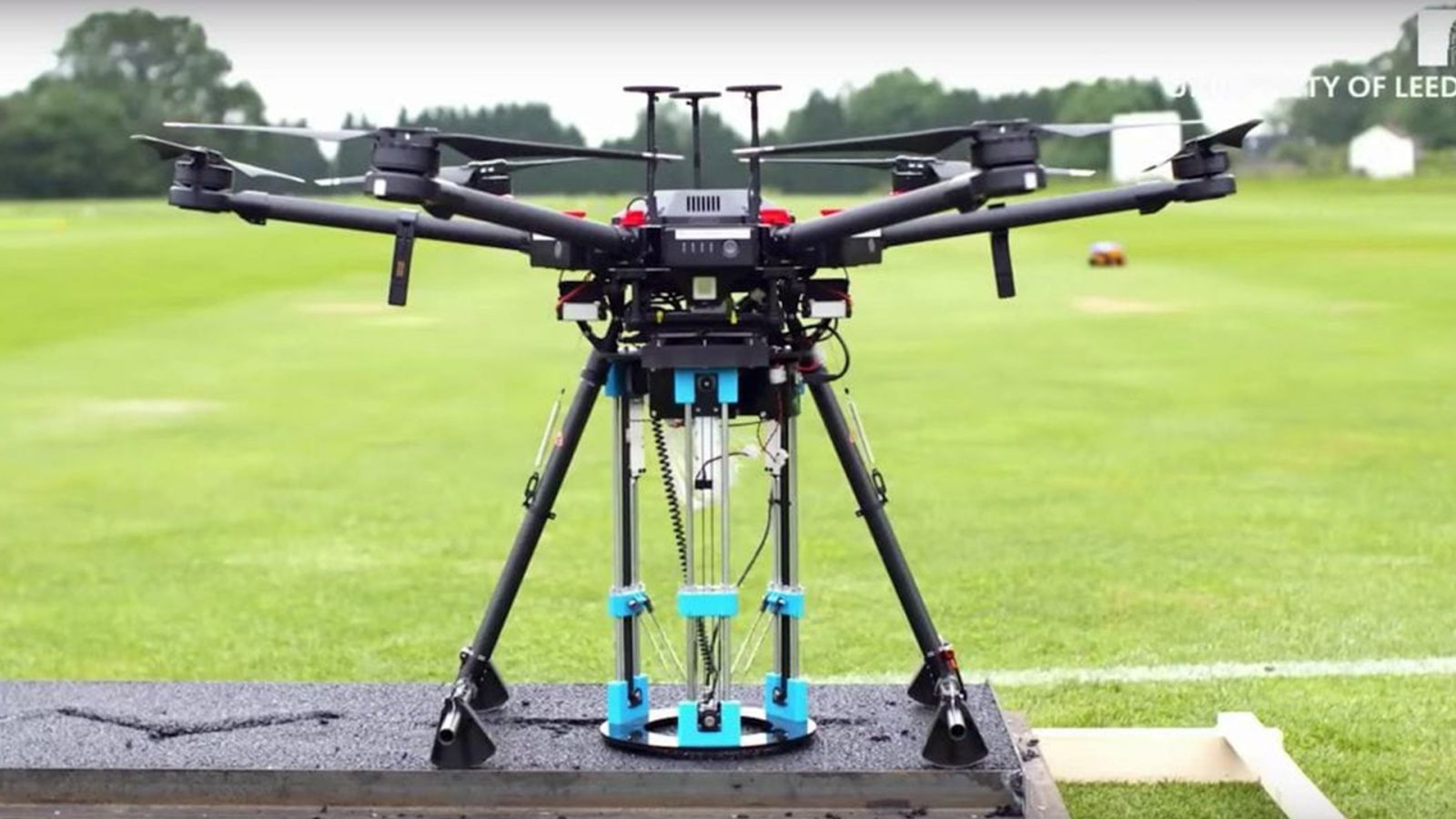 Two of the newest and most fascinating areas of technology are drones and 3D printers. Both of these fields offer high potential in the future as they can solve many of humanities current problems more efficiently. With this being said, what would happen if you combined the two? According to Euronews, researchers at the University of Leeds in the UK have shown us a concept of what this could look like as flying 3D printers repair damaged roads.

Potholes are a massive problem in any city that experiences a significant amount of snow. Cities located in the northeast region of The United States are atrocious, and England is no different. According to the Annual Local Authority Road Maintenance (ALARM) survey, authorities have filled over 18 million potholes over the past decade, costing them over 1 billion pounds.

If you thought those numbers were staggering… rearing all of the roads filled with potholes in Italy would cost the country around €42 billion, and according to an AAA survey, pothole damages cost US drivers an estimated $3 billion every year.

Money spent on fixing roads and damaged vehicles is ridiculously high, taking money from governments and hard working people that could be spent on much better things. Not to mention, the process for fixing potholes is long and gruelling. The required heavy machinery and long man-hours make potholes a more significant problem than they may seem. That is why the option of using a drone with a mounted 3D printer seems more viable, even though it might sound outlandish.

Although 3D printed material might not sound as strong as regular asphalt used to fill potholes today, it has multiple benefits over traditional methods. In a statement, Robert C. Richardson, a professor at the University of Leeds’ School of Mechanical Engineering, said:

“The way potholes work is that there’s a mismatch between how strong the material you put in the ground is and the asphalt road. As the ground surrounding (the road) vibrates differently, it can disrupt. If you can fill (cracks and potholes) not just with a neat, clean path but change the properties of the material deposited, the road becomes much more resilient to damage.”

3D printers mounted to drones can currently fill a good amount of cracks with current technology, but researchers hope to begin further testing soon with full deployment in 2025. By the year 2050, they hope to have fully autonomous robots doing all of the repair work in the city… although this leads to another issue of taking away jobs. Only time will tell how useful drones can be at filling potholes.

What do you think about drones doing roadwork? Let us know in the comments below.