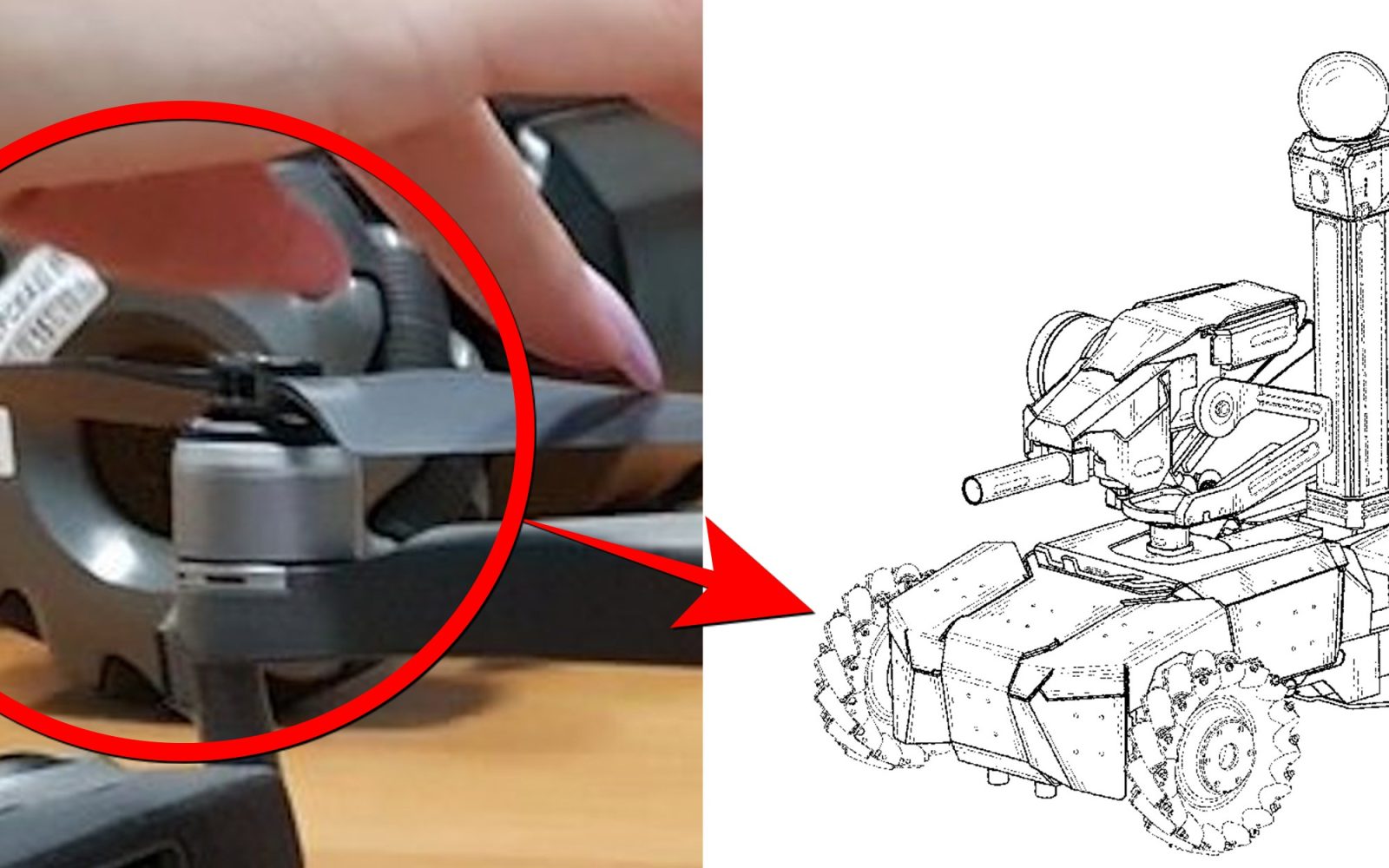 Just the other day we received the first leaked photo of the Mavic 2. While this highly anticipated drone was certainly the focus of the image, giving us great detail of what it will look like, there were also plenty of different items place around the table in the corners of the frame that are making people wonder. One of the biggest questions leading to speculation is the wheel-looking object in the top left corner. Today a DJI enthusiast notified us of a patent filed by DJI for a small robot with wheels that match the picture.

More on the patent

Originally filed on September 22nd, 2017, this patent was finally granted on July 3rd, 2018. This new product is referred to as a “robot vehicle” directly in the US patent database. While some patents sit on the shelf and never actually come to life, this looks like it has a good shot at being brought to market as we have a small look at the wheel already. Seven different drawings are included which show the robot from each angle, giving us a really good idea at what this will be capable of.

Twitter user @Azadux was the first to make this reference as he surfaced the link to the patent document and photos.

All-terrain wheels – The wheels that come on this small robot look large, making it capable of riding on rough road with ease. This would give the user the ability to shoot smooth video while driving over smaller rocks and uneven surfaces like dirt or grass.

Gimbal – Like many of DJI’s products, this small robot vehicle features a gimbal to keep its payload steady while handling uneven terrains.

Size – If we refer back to the leaked photo of the Mavic 2, you will notice that the wheels appear to be much taller than the body. Sharing almost the same dimensions as the original Mavic Pro, this robot looks to be quite tall to make it more effective on the ground.

Large antenna – On the back is a relatively large antenna when compared to the rest of the vehicle. This will likely be used for longer range missions with the operator wirelessly controlling its moves.

Useful applications – Drones are perfect for aerial cinematography, but flying low to the ground can be dangerous. This robot vehicle would be perfect to take low angle shots coupled with your DJI drone.

The “See the Bigger Picture” event was delayed by DJI just a few days ago with no reason why, just a statement that their technology wasn’t ready yet.

What do you think about this small robot? Let us know in the comments below.