Drone use at the U.S. – Mexico border is ramping up 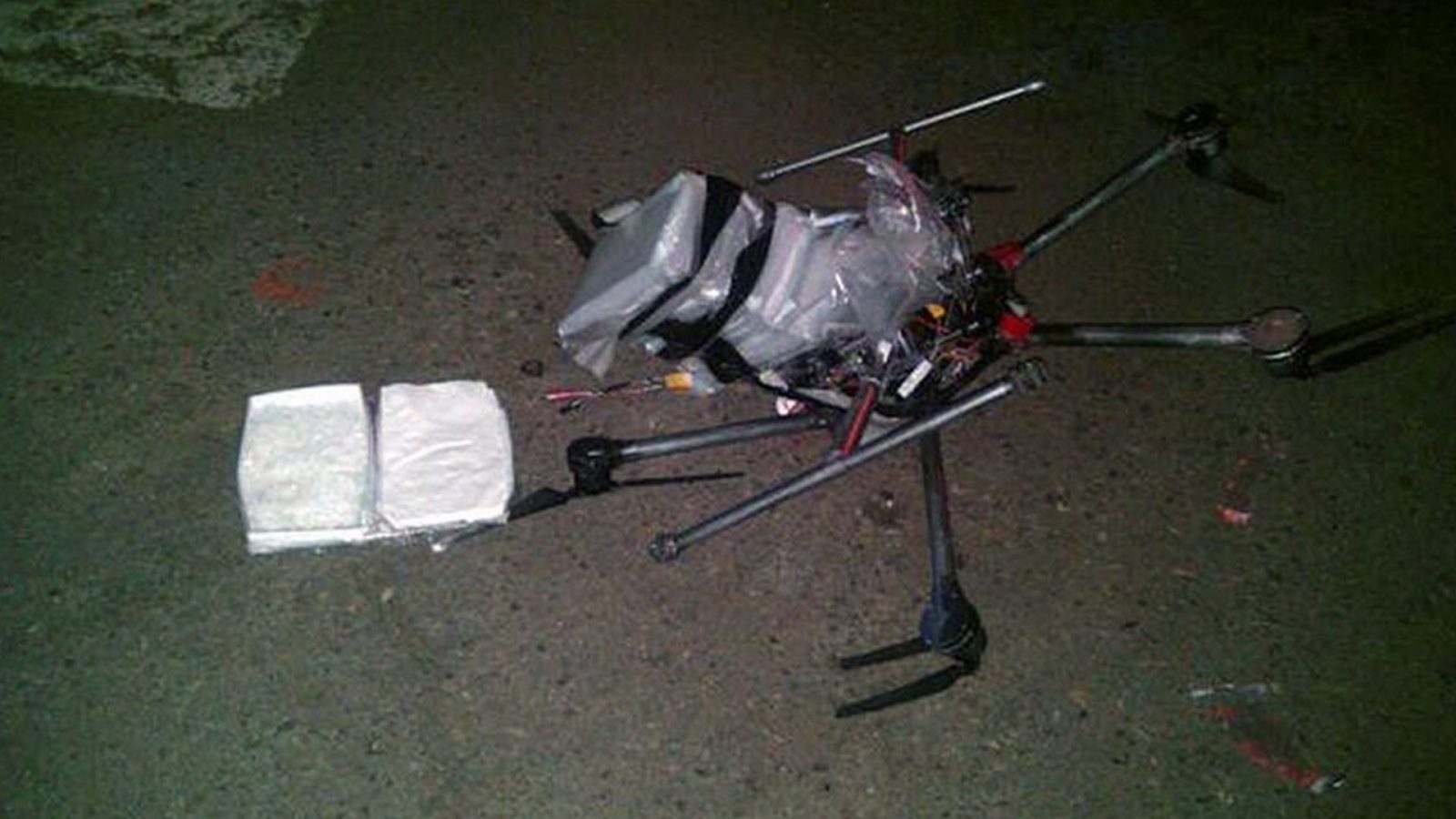 The border between The United States and Mexico is seeing a rise in drone use by both drug traffickers transporting narcotics and law enforcement looking to stop criminal activity. This situation proves to be a race between both sides as technology evolves in the drone industry and as new systems are developed to stop them.

Drone technology is new and improves each day and the consumer market is flooded with new products from countless different drone companies. These aircraft are small and often times very quiet which makes detecting their presence almost impossible; this is especially true if they are hundreds of feet above the border. Another attribute drones have is speed, making current means of intercepting them useless.
To combat criminals transporting drugs over the border and looking for ways into the country, law enforcement is adding new ways to combat drones while making use of current systems in place. The Air and Marine Operations’ Tethered Aerostat Radar System, the Department of Defense and Federal Aviation Administration radars, TARS, Remote Video Surveillance Systems, Integrated Fix Towers, and Mobile Surveillance Capabilities are all in use by the CBP (U.S. Customs and Border Protection). According to Jennifer Gabris, a spokesperson for the CBP, systems like the Aerostat Radar System are:

“extremely successful in detecting and tracking ultralights operating along the Southwest Border,”

According to the Washington Examiner, there have been 36 reports of drone sightings along the southern border in the 2018 fiscal year which began on March 26th. Just to compare, there were only 19 total sightings in the 2017 fiscal year.

Of these 36 reported sightings, only one drone was seized by border patrol officials. This does not include unseen incidents, times when criminals were successful with their mission over the border. In a statement, Gabris explained:

“It was being used for counter-surveillance in conjunction with narcotics smuggling. We cannot be certain of ownership or intent of each of the sUAS. The potential for the sUASs to be involved in counter-surveillance activities is high because of the areas in which they are operating.”

Drones pose a serious threat at the border and will continue to be a valuable tool for criminals until measures are taken to stop them from flying into our country. Criminals are using drones to smuggle various items past law enforcement, who are quickly learning how to deal with emerging technologies like these small aircraft.

What do you think about drone use at the border? Let us know in the comments below.