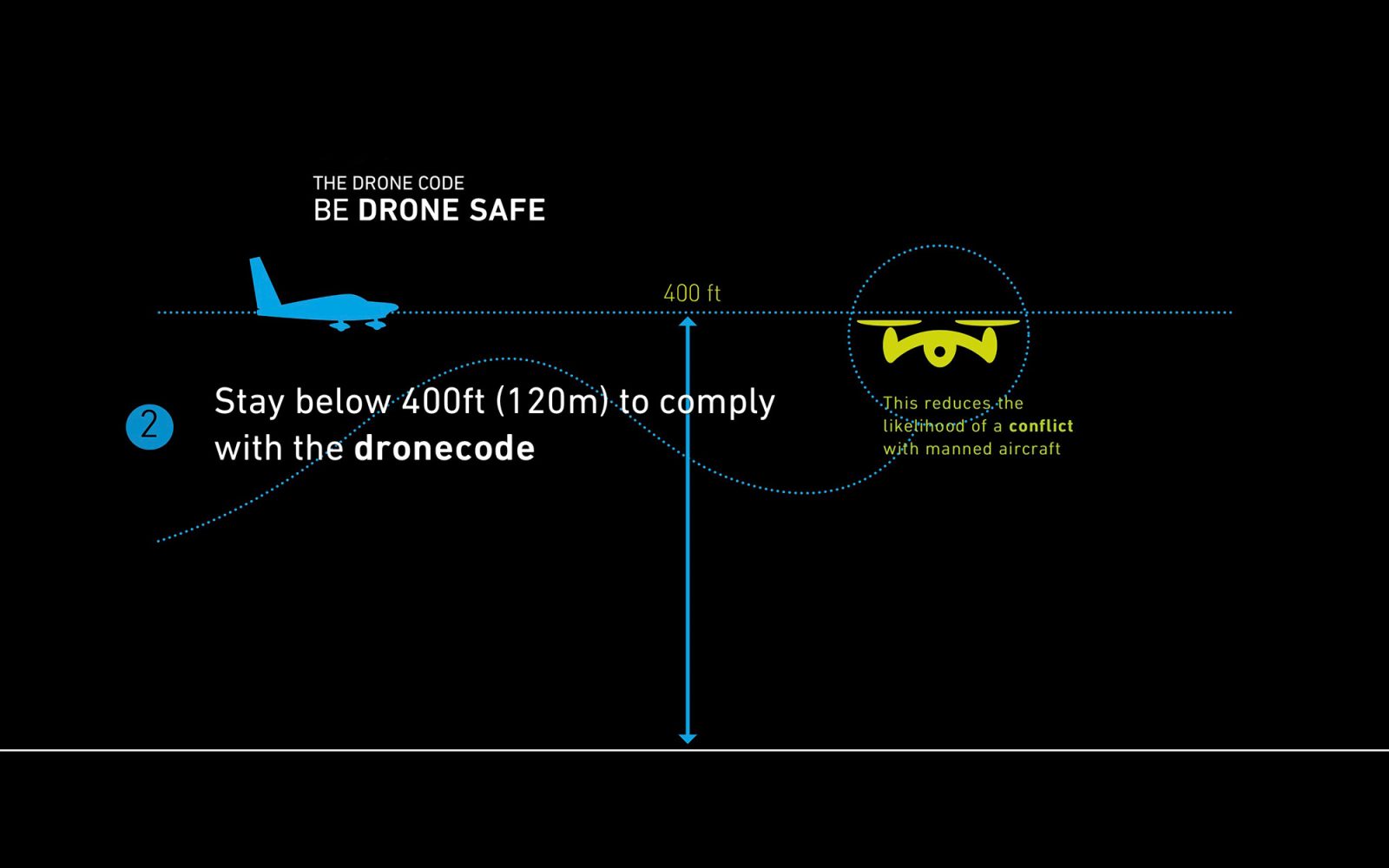 Drone incidents have been on the rise for the last three years in the UK, ultimately resulting in new drone rules coming into effect today. The new UK laws will prohibit drone from being flown over 400 feet and within one kilometer (0.62 miles) of official airport boundaries. Other new rules, that would prohibit kids from flying drones weighing more than 250 grams without an adult, are still being worked on and may come into effect later. The new rules aim to improve aviation safety in the UK.

New drone rules in the UK

we have reported before that UK was going to crack down on drones and would impose new rules that will restrict drone use near airports. Well as of today those new rules have come into effect.

After three years of more and more drone incidents, with 93 reported in 2017 which is 25% more than in 2016, according to The Independent, the new rules that came into effect today, will restrict flying your drone over 400 feet and within one kilometer (0.62 miles) of official airport boundaries. The new laws aim to reduce the risk of an unmanned aerial system (UAS) to collide with a manned aircraft such as a commercial passenger jet or helicopter. Anybody caught breaking the new law can be fined up to £2,500 and possibly receive a prison sentence of up to five years.

Additional laws that will come into effect on November 30th, 2019, will require drone owners of UAS weighing more than 250 grams (8.82 ounces) to register with the Civil Aviation Authority (CAA). Furthermore, drone pilots will be required to take online safety tests. In Germany increased education had resulted in a less than expected growth in the number of drone incidents even though the number UAS’s has continued to grow, providing proof that educating drone pilots works.

Among the new proposed rules for drone flying in the UK, the BBC reports, is also one that would ban kids from owning drones weighing more than 250 grams. Only when accompanied by an adult would kids be allowed to fly heavier drones.

“We’ve got to promote the safe and responsible use of drones, but children are the future of the drone world, so it’s also important they can have access to drones and use them,” said Gavin Wishart. “What the government should also be looking at is promoting the safe use of drones by bringing in areas where people can fly them safely, as it can be difficult to find areas in the UK because of things like airspace restrictions and the number of people around. The drone industry is expected to be a large part of the economy going forward so you don’t want to stop kids from exploring that.”

“DJI supports measures to deal properly with the small number of people who intentionally misuse this technology.”

The Independent also mentioned that:

“New research shared by the CAA today found that 77 percent of UK citizens felt more regulation was required in relation to drone usage, with 75 percent of drone users in agreement. The majority of those surveyed – including 96 percent of drone users – considered it vital for drone pilots to adhere to the rules and guidelines of the CAA’s Dronecode, a set of rules introduced to promote safe and responsible drone use.”

Research also shows that regardless of the increased drone-use, 2017 was safest ever year for airline passengers.

“As recreational drone use becomes increasingly widespread across the UK it is heartening to see that awareness of the Dronecode has also continued to rise – a clear sign that most drone users take their responsibility seriously and are a credit to the community,” said Jonathan Nicholson, assistant director at the CAA. “Drones are here to stay, not only as a recreational pastime but as a vital tool in many industries – from agriculture to blue-light services – so increasing public trust through safe drone flying is crucial.”

Check out the DroneSafe website for more detailed information and resources to help you fly your drone safely and responsibly in the UK.

What do you think about these new rules? Let us know in the comments below.