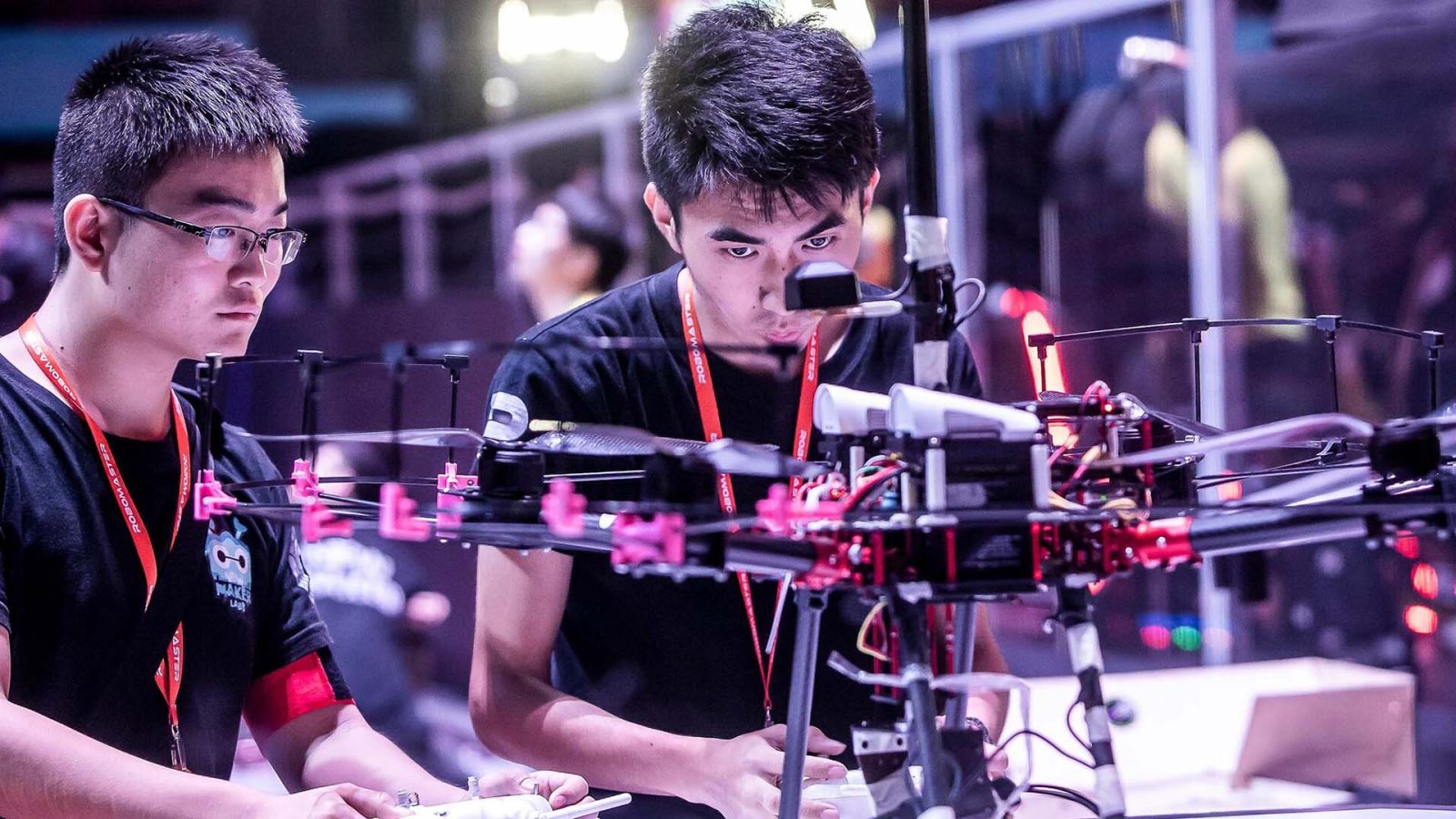 The RoboMaster annual competition combines advanced engineering and gaming to bring an entertaining event for spectators to watch. Each team has one base and six different robots, all of which are given different assignments in the overall objective to take out the opponent’s base. This year the competition was sponsored by DJI, the world’s largest drone manufacturer that is well known for their aerial photography platforms.

This year, the competition took place in Shenzhen, China at the Shenzhen Bay Stadium. 10,000 young engineers making up almost 200 teams competed amongst one another for the grand prize of RMB 500,000 ($73,000). South China University of Technology took home the gold trophy and grand prize after making it through the final 32 teams. After their victory, Wenhui Chen, captain of the South China University of Technology stated:

“It has been an exciting and fruitful experience for the team in the past 9 months. RoboMaster gave us the opportunity to put theoretical learning into practice, play with cool technology and create something that was real. To see our robots come to life and be able to compete with so many different team is an amazing feeling.”

The final matches of the competition were streamed through Twitch and attracted a total of 990,000 viewers from over 30 countries. So close to 1,000,000!

If you happened to miss the 2018 RoboMaster Competition, you can watch some of the replays of the final matches on their official Twitch channel.

Did you guys get the chance to watch the RoboMaster Competition? Let us know in the comments below.