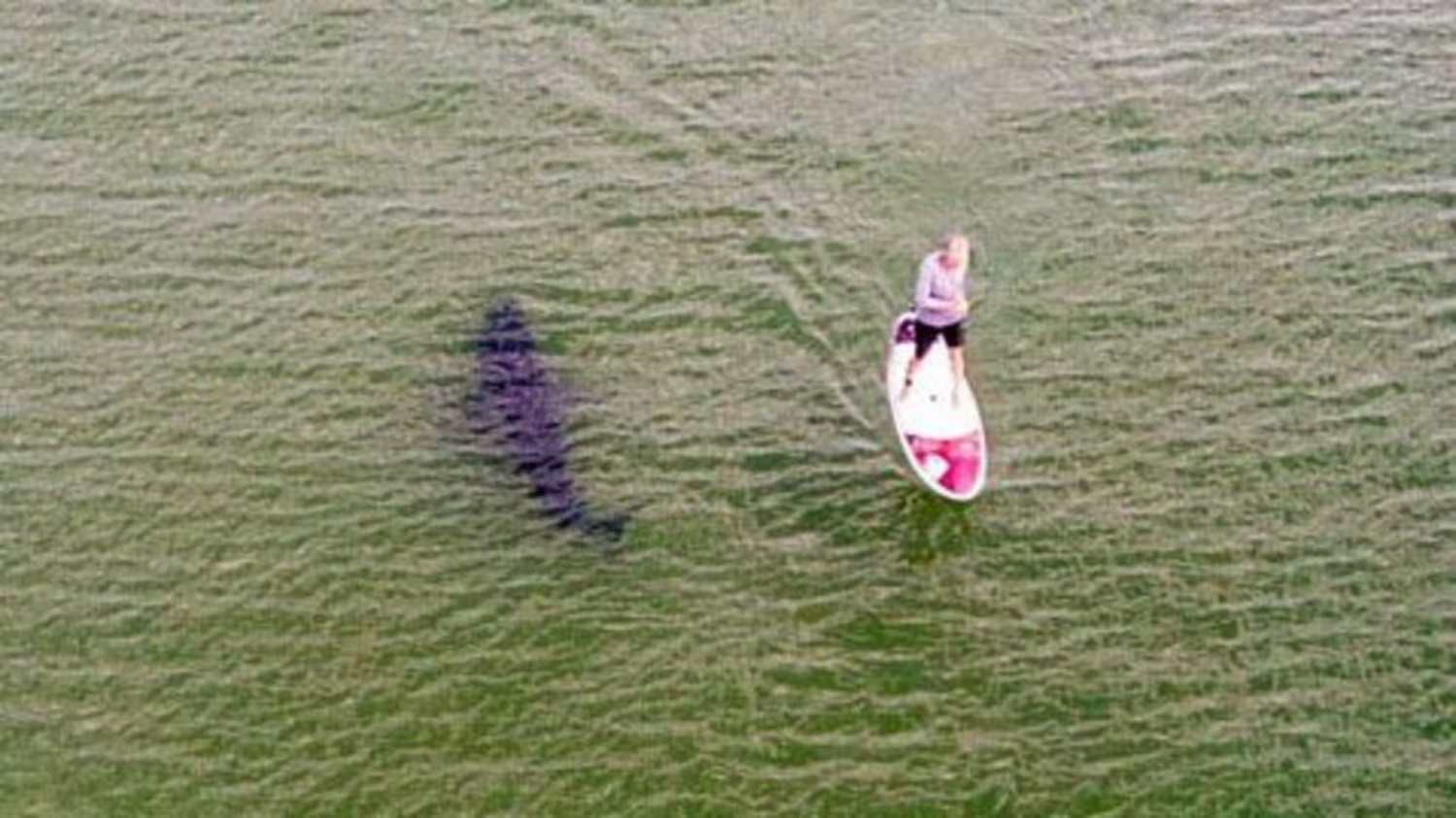 It was a beautiful Sunday morning in Cape Cod with calm water and a slight offshore breeze. It also happened to be Roger Freeman’s last day on the beach and the 54-year-old Hingham resident figured it was a great day for a little bit of paddleboarding of Nauset Beach in Orleans.

Close encounter of a peaceful kind

According to NWF Daily News, Freeman remembered that a seal had been attacked and half-eaten by a great white shark the day before.

“I remember thinking to myself, a little melodramatically, someone might think it’s crazy to be out here with sharks in the water,” he said. “But on this glorious Cape Cod morning I say it’s crazy not to be.”

Freeman also noticed the drone flying overhead at some point and thought to himself:

“I thought, huh, that’s interesting,” Freeman said. The drone felt like a security blanket, like someone had eyes on the water beneath him.

After Freeman was done surfing and got back to the beach he was approached by somebody who told him that his buddy the drone operator, Cody DeGroff had some interesting photos to show him.

The photos show what looks like a Great White shark just mere feet away from Freeman on his board and seemingly oblivious to the lurking danger under water. Reportedly, Freeman remembers seeing a shadow in the water but he thought it had been a seal, not an apex predator.

“I’m still processing it,” he said of the close encounter.

On Facebook, The Atlantic White Shark Conservancy posted some of the photos and suggested that the shadow matches the profile of a great white shark. In their post it said:

“Close encounter of a peaceful kind.”

An airplane belonging to the conservancy had spotted two more great whites close to shore at Head of Meadow Beach earlier in the day. Lifeguards had urged swimmers to come out of the water and they closed the beach for swimmers for the next hour. One of those sharks measured about 12 feet long.

Freeman said that he wished that authorities would be more proactive about using safety measures to protect people in the water from the dangers of these great white sharks. He said that:

“I would have certainly appreciated if there was a warning system.” At the same time, he also acknowledged that people need to learn to share the ocean with other marine life. “We’re going into their world, and we have the knowledge and capacity to adjust to their behavior,” he said. “They don’t.”

When asked if he might go out into the ocean again, Freeman said: “Life is full of risks, and for me, the key is taking measured risks.”

In Australia, various lifeguard operations have added drones to their arsenal to help swimmers and surfers in need but also to spot any sharks in the water. The elevated vantage point that a drone provides makes sharks much easier spot as you can see here, here and here.

What do you think about possibly making drones part of the standard equipment for lifeguards? Let us know in the comments below.