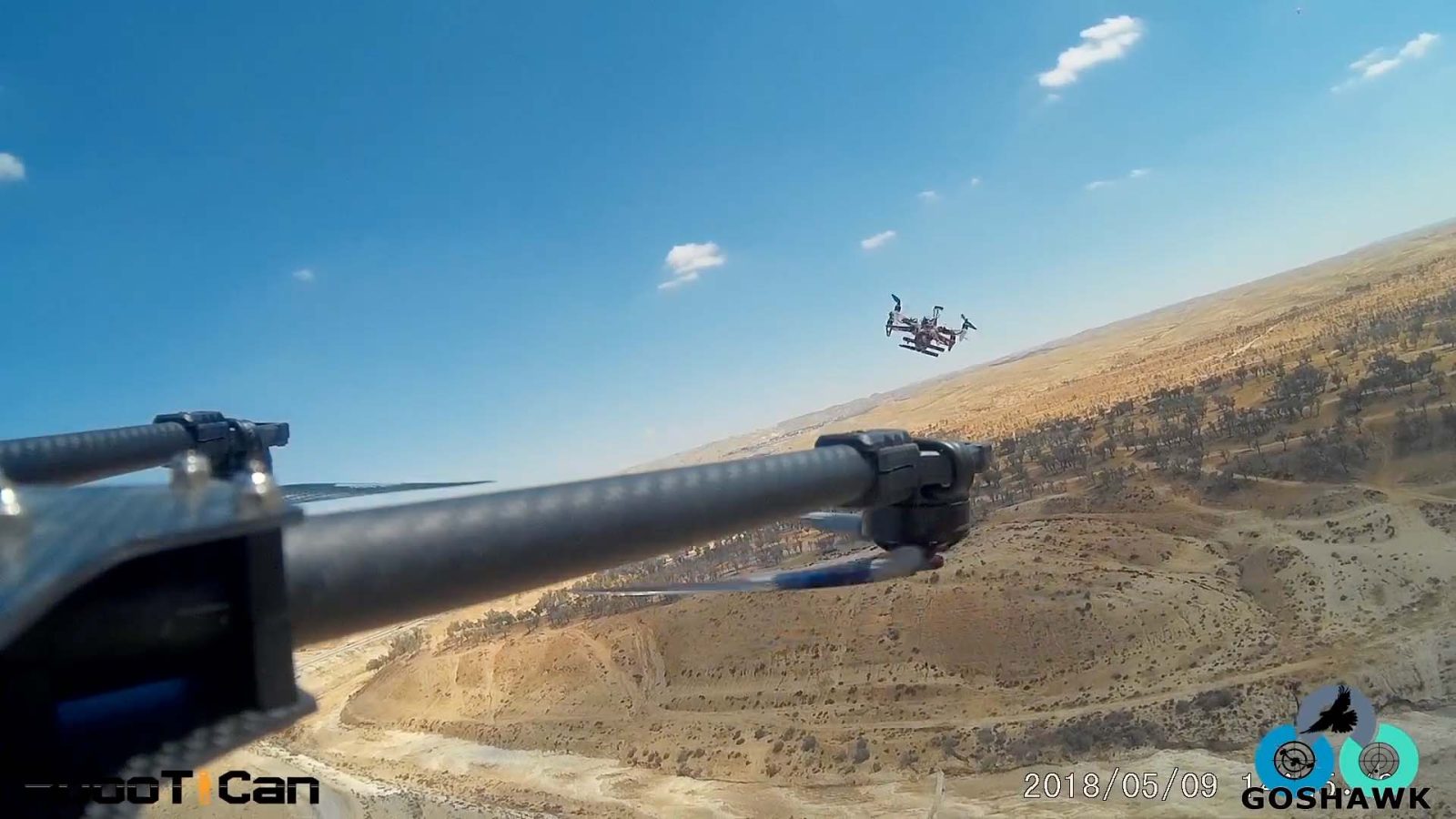 Drones have what seem to be limitless potential as they are finding their spot in many industries like farming, transportation, and surveying. Amongst many great uses, there are also those who wish to misuse these small, unmanned aircraft as they are agile and hard to detect. Many ideas on how to take down these rogue drones have been proposed and tested but RoboTiCan is taking a different approach using brute force.

Drones taking down other drones is nothing new as we have seen larger unmanned aircraft carrying nets that trap and ground rogue UAVs. RoboTiCan is ditching the nets as their Goshawk drone uses its large frame to collide with hostile aircraft, sending them falling to the surface while still staying airborne.

This robust octocopter measures 30 inches in diameter and ditches common plastic propellers for stronger and lighter carbon fiber props. Take a look at this video from RoboTiCan testing out their system.

Automated flight from beginning to end

The Goshawk drone is able to eliminate threats on its own using machine vision and artificial intelligence technologies to identify the target. A ground-based radar system constantly scans the air for unwanted aircraft. Once a threat is identified, the Goshawk will launch into the sky and use its onboard sensors and cameras to visually detect the rogue drone and collide with it in mid-air. The video below will show first hand how this system works.

The specs of the drone are actually pretty similar to a consumer level DJI drone with a maximum flight range of 5 miles (8km) and a top speed of 42.5 mph (19m/s). The flight time is 20 minutes which gives this drone enough time to take down the threat and fly back to its charging station.

Taking down rogue drones is done to eliminate any danger entirely. With the Goshawk drone barreling at its target and colliding with it, this could potentially pose an even bigger threat with the hostile UAV now falling from high altitudes. This also puts expensive equipment in danger as this collision could take a toll on the Goshawk itself. All ideas to take down drones that are being misused will ultimately lead us to a proper way to deal with these aircraft, but until then the Goshawk does not seem to be the final answer.

What do you think about RoboTiCan’s Goshawk? Let us know in the comments below.