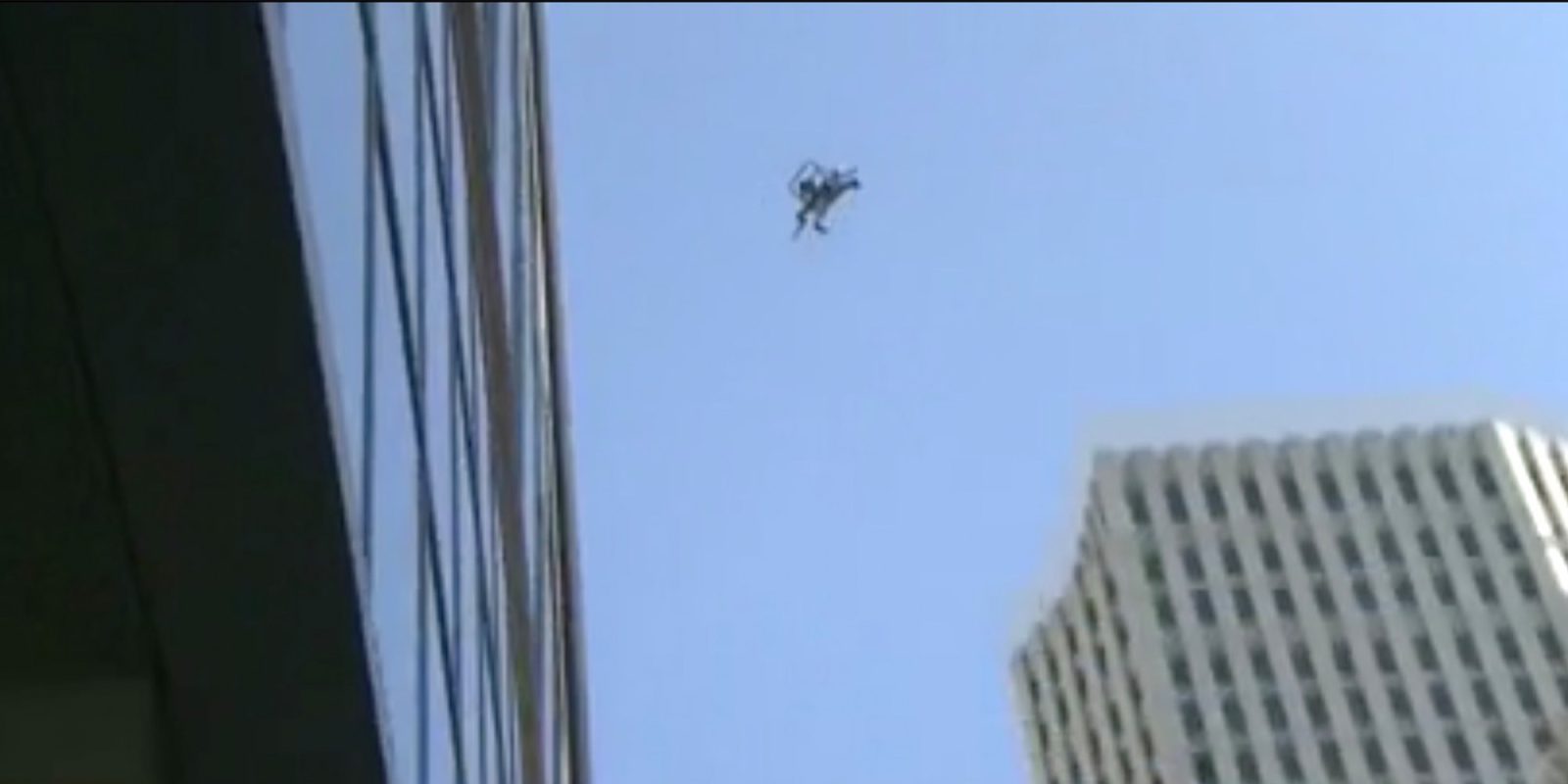 Last Saturday, during a drone inspection of a cracked window of the sinking Millennium Tower in San Francisco, the aircraft suddenly fell out of the sky. Apparently, the unmanned aircraft system (UAS) had lost its GPS connection and drifted across the street into another building before it came crashing down. It almost hit pedestrians who were walking on the sidewalk below. It is unconfirmed what kind of drone was involved but the footage seems to show a DJI Phantom series UAS.

The building managers were conducting the drone inspection of the cracked window, while cameras from KPIX 5 were rolling. The footage that you can watch here shows the drone hitting the other building and tumbling down from the sky, hitting the pavement dangerously close to pedestrians.

In the video you can see a little boy running away, yelling: “it was falling,” after the UAS had fallen within ten feet of him.

According to CBS Local in San Francisco, HOA attorney Thomas Miller said: “We’re trying to evaluate whether the tilting has anything to do with it but we’re also looking at all other aspects of it, structural, whether it’s part of the window assembly, the manufacturing process, the installation process.”

The Millennium Tower in San Francisco has been tilting two inches to the northwest and has sunk about 16 inches since its completion in 2009.

The drone pilot had to launch the drone from three different locations to obtain a good GPS signal. The high-rise buildings in the Financial District make obtaining a satellite signal difficult.

The pilot said he was able to get footage of the cracked window before the drone crashed and fell to the ground. Fortunately, nobody was hurt in the process.

The HOA is now planning to have a person repel down the building to inspect the cracked window manually. The window is taped up to prevent pieces from falling down. Down at the pavement scaffolding has been put in place to protect pedestrians in case a piece may fall down.

It is unconfirmed what kind of drone was involved but the footage seems to show a DJI Phantom series UAS.