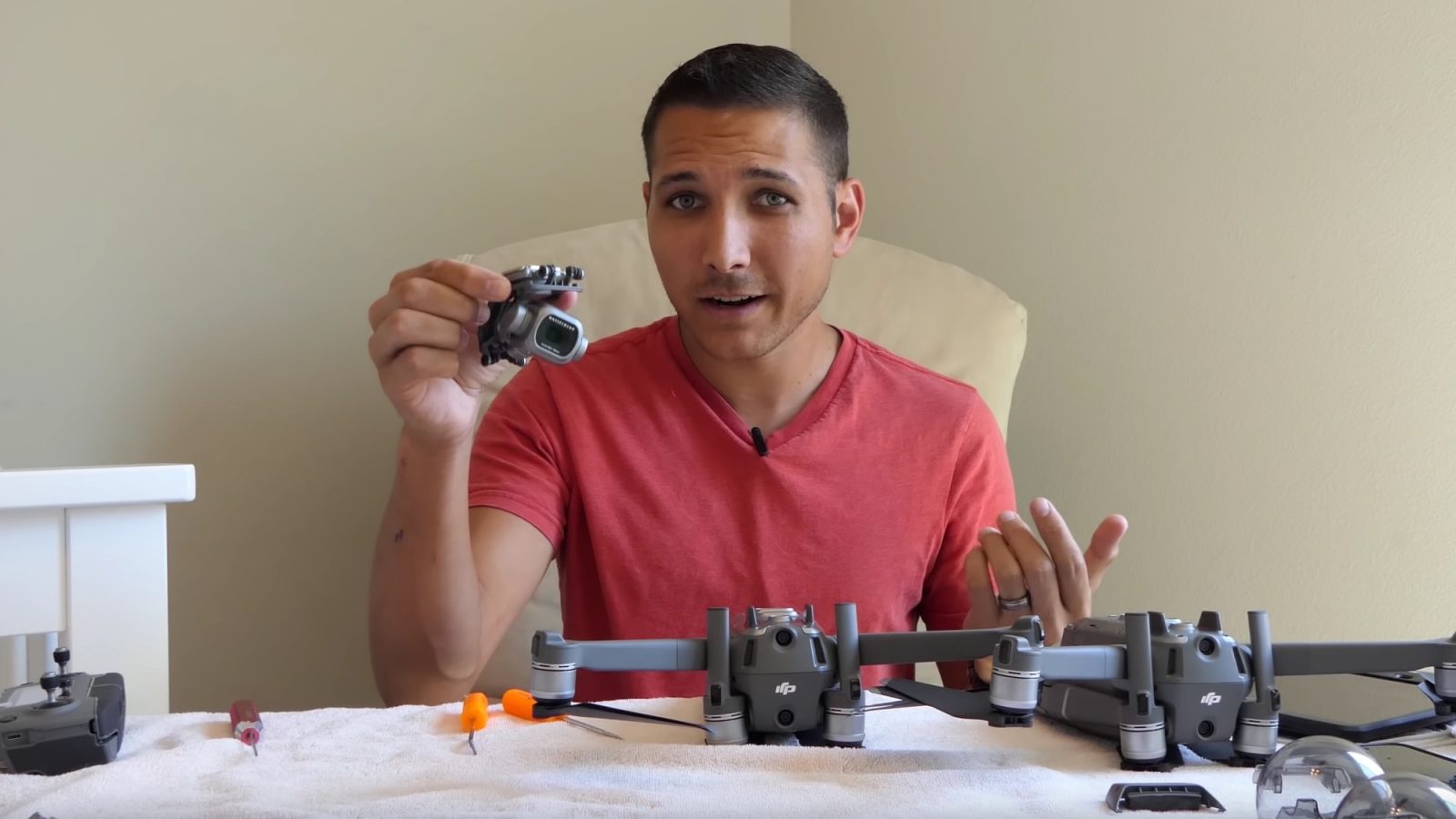 Early rumors indicated that the camera on the DJI Mavic 2 might be swappable. Then when DJI had their launch event of the Mavic 2 Zoom and Pro models, they said that the cameras could be swapped by DJI. You would have to send your drone in and they would swap the camera for you. Apart from the fact that you’d without a drone for some time, you would probably have to pay DJI a fee for the service and shipping as well. However, as it turns out you can actually swap the camera yourself as shown in these two videos on YouTube.

Pro camera on the Mavic 2 Zoom

In two videos, YouTuber ContinueCrushingTech shows us that you can, in fact, remove and swap the cameras on the DJI Mavic 2 Zoom and Pro drones without losing any of the features. In the first video (below), he removes the Hasselblad (Sony) camera from the DJI Mavic 2 Pro and installs it on the Mavic 2 Zoom without any issues. Once the drone is restarted it automatically recognizes the different camera and it adjusts the settings and features accordingly.

Do all the features still work?

In the second video, both cameras are swapped, i.e. the Zoom camera on the DJI Mavic 2 Pro and the Pro camera on the DJI Mavic 2 Zoom. The maker of the video actually shows the last four digits of the serial numbers to prove this. And again, both cameras work just fine. The Mavic 2 Pro with the Zoom camera installed automatically receives the zoom functionality and Dolly Zoom effect in the DJI Go 4 app. And the Mavic Zoom that now has the Pro Hasselblad camera installed offers you the option to change the aperture. The drones are taken on a test flight as well to make sure nothing weird is going on, but all seems to be just fine.

Except, that will this DIY camera swap on your DJI Mavic 2 Zoom or Pro model, you will most likely void your warranty. Although some people have mentioned that this would fall under a repair and therefore might be allowed by DJI. We have reached out to the drone manufacturer and will update you when we receive an official answer.

The other question is where do you buy a replacement camera? There are some listings on eBay but as of now you cannot simply go to the DJI store and buy the camera of your choice. I have also asked them if they are planning to sell the cameras separately online. An alternative option would be to buy a camera from a damaged or salvaged drone, but those might be hard to come by and might not be advisable because of possible hidden damage.

What do you think about swapping the camera on your drone yourself? Let us know in the comments below.