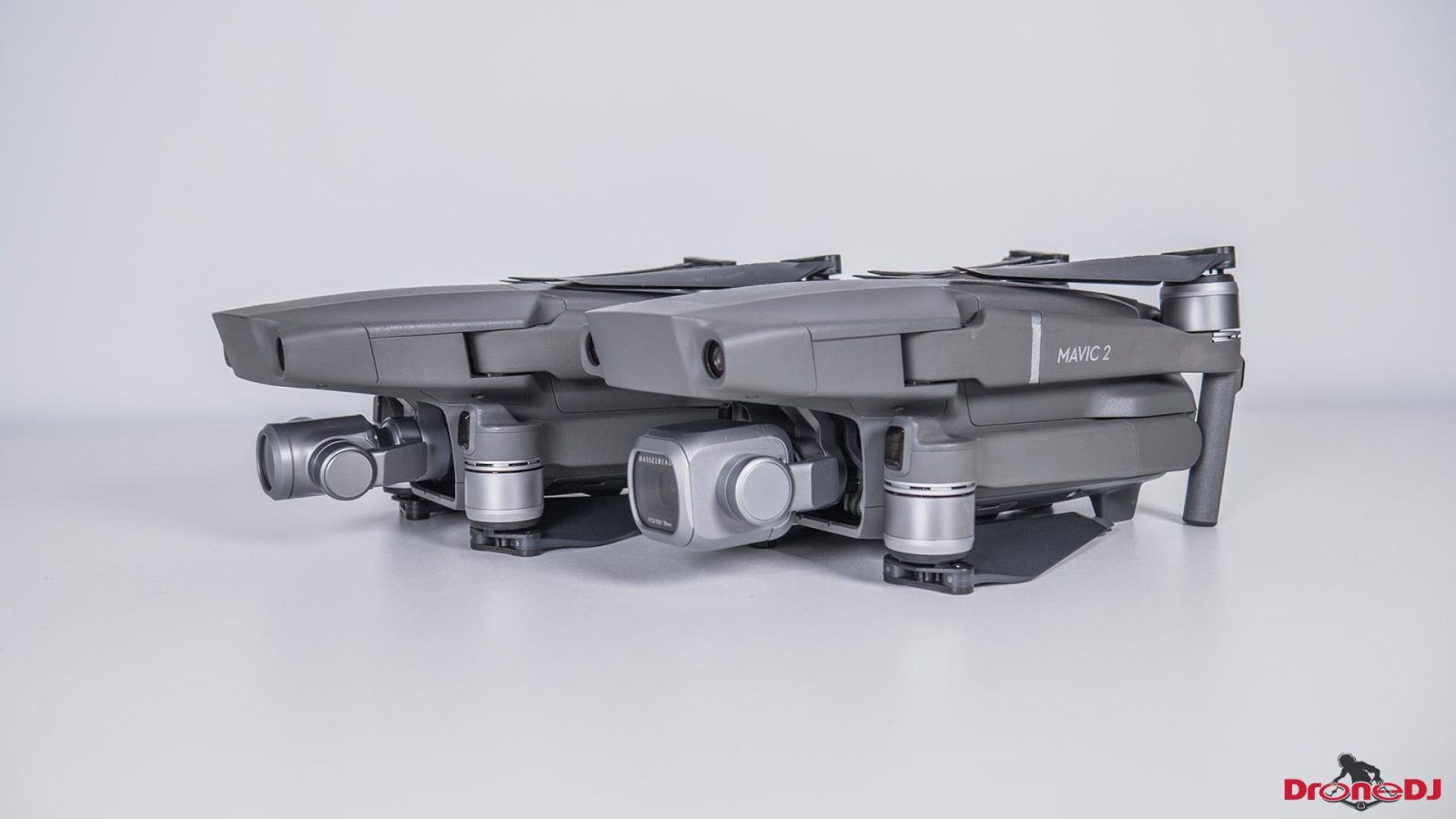 There are a ton of new features, both hardware and software, that DJI has baked into the new Mavic 2 and some are getting a lot more attention than others. New Quickshots like hyperlapse and flight features like Activetrack 2.0 have been covered a countless number of times by pilots on YouTube, but there is plenty more to discuss. With that being said, here are six underrated features that make the Mavic 2 one of the greatest drones you can buy right now.

I always find that drone pilots neglect the transmission system that their drone uses as they are too worried about the camera, performance, and flight time. While those things matter a great deal, the transmission system is like the lifeline of your drone. Nothing else really matters if you have to consistently deal with interference. OcuSync 2.0 is a huge upgrade over OcuSync 1.0 featured in the original Mavic Pro. Its main selling point is the upgraded range of 5 miles (up from 4.3 miles) but boasts a few other improvements such as latency as low as 120m/s, file download speeds up to 40Mbps, and real-time auto-switching between 2.4ghz and 5.8ghz frequencies.

Through my own regular use of the Mavic 2, I rarely experience any interference or breakup in the video transmission even in the most condensed areas like Philadelphia. Even at 3 miles away the video feed is coming back to my mobile device at full 1080p, alleviating the stresses of long-distance flying.

Taking nighttime photos is tricky. Trying to dial in the settings to properly set the exposure while also attempting to keep as much noise out of the image is half of the battle and editing them is a whole new battle, but Hyperlight does all of the work for you. 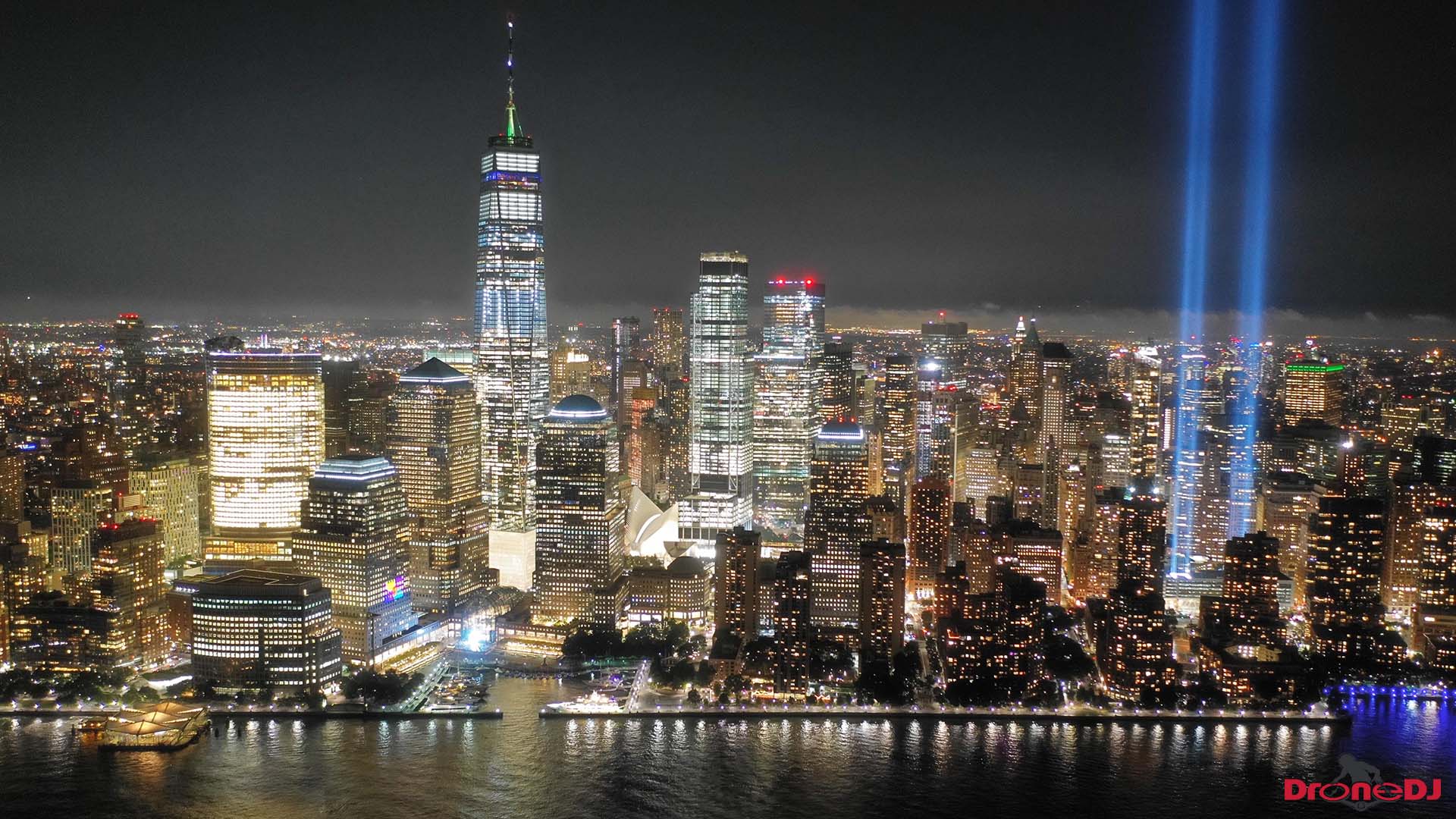 The photo above was taken with the Mavic 2 Pro and wasn’t edited at all, it’s taken straight off of the SD card. Software does all of the work for you so all you have to do is line up the shot, take the photo, and then save it to your mobile device and the results are incredible, it blew me away the first time I tried it.

A feature that is brand new to the Mavic 2 is the downward auxiliary lighting. This is put in place to help the bottom sensors work more efficiently in low light, but I have been using them for much more than that as I keep them on during the flight to easily spot my drone in the night sky. The LED’s surrounding the outside of the drone really aren’t the brightest making it tough to use them as spotters in the night sky, but the dual auxiliary lights on the underside of the drone can be seen for just a little of 2 miles, making nighttime flight easier. 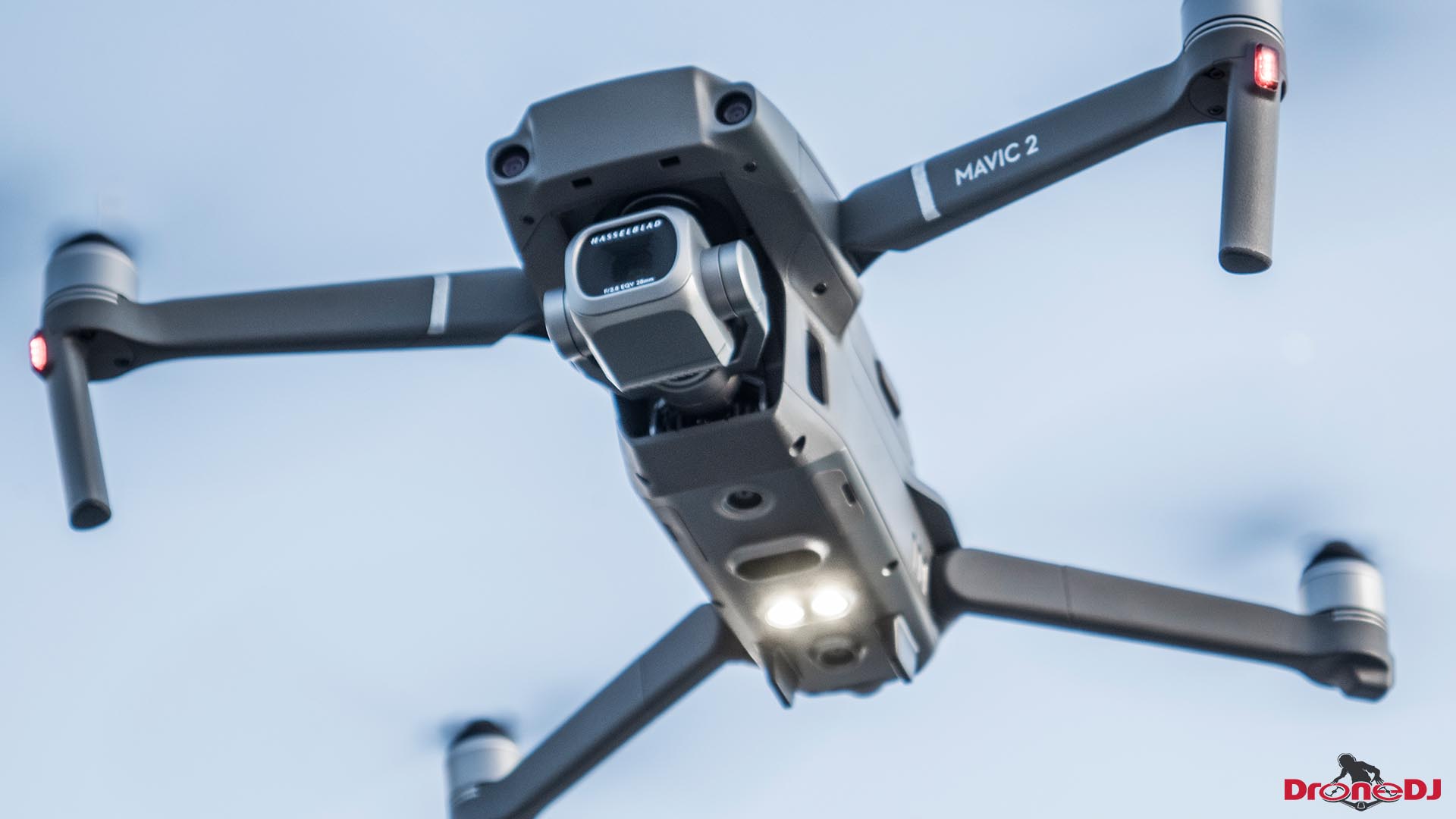 Most of the newer DJI drones feature an intelligent flight mode called tripod mode which slows down the movement of the drone, making it easier to fly in tight spaces. I use this basically every time that I fly for slower moving shots or to line up photos perfectly and now the Mavic 2, there is a dedicated tripod mode switch to toggle the mode on and off faster. Amongst all of the pilots I know, most of them use tripod mode on a regular basis which makes this brand new switch a huge time saver.

With the new cameras on the Mavic 2 Zoom and Mavic 2 Pro, people seem to forget about the redesigned gimbal. If you ever flew the original Mavic Pro, you know the frustration of dealing with its small, flimsy gimbal that didn’t perform well in high winds and was bound to break in the event of a crash. Now, two arms hold each camera on either side and the design is much more robust which handles gusts of wind and unfortunate crashes quite nicely. 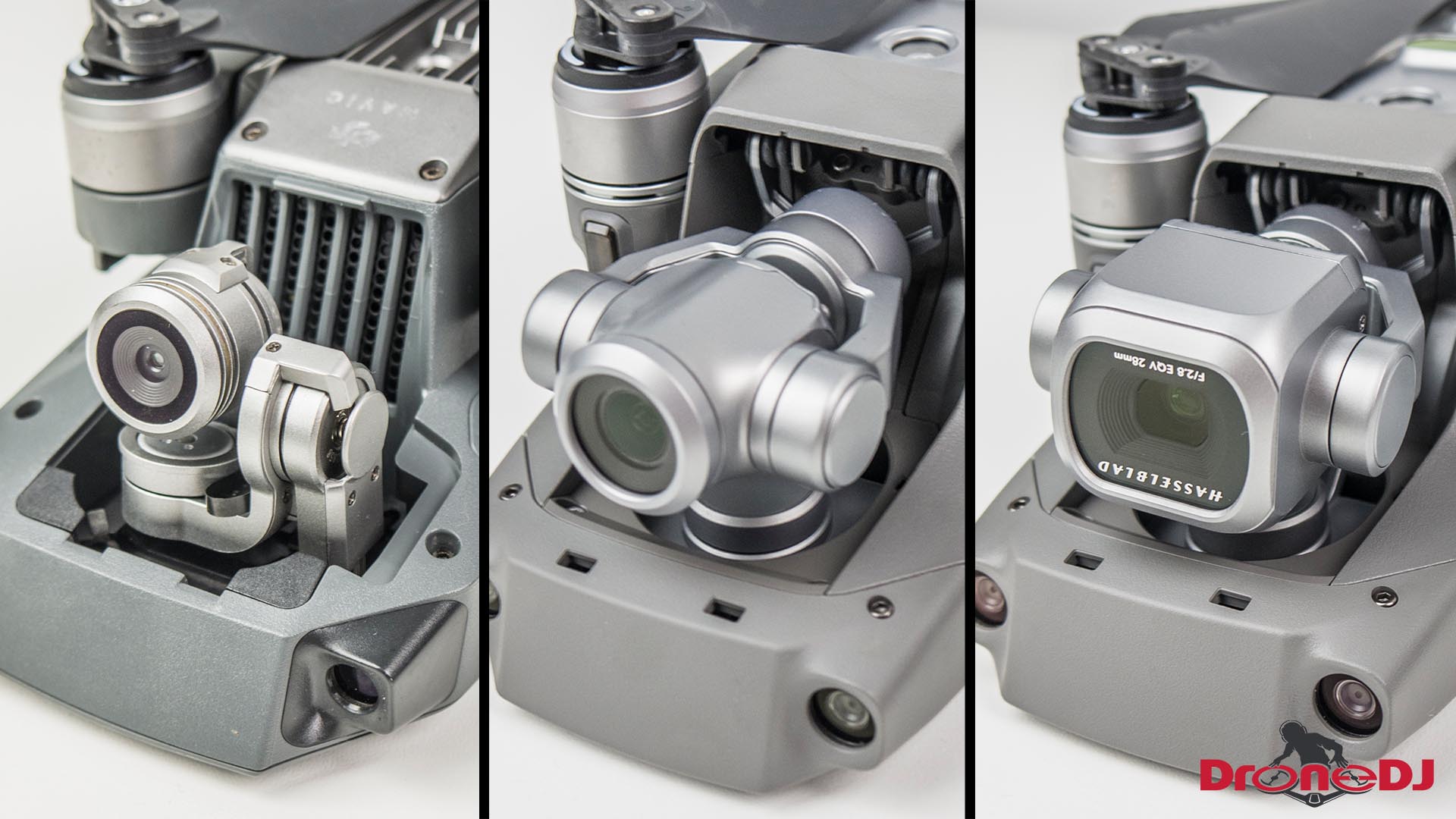 The final feature of the Mavic 2 that I find the most underrated is the built-in flash storage. I forget SD cards all the time which makes the internal storage a life saver. After a long day of shooting it even comes in handy as a backup option. Although it is only 8gb, it holds about a full flights worth of 4K footage and between 300-400 RAW photos which is plenty if you’re in a pinch.

The USB-C integration in the device is something I also had to touch on as it makes getting the files stored on the Mavic 2 even easier. This USB-C future we are moving towards is coming fast and knowing I won’t need an adaptor for the Mavic 2 is a nice touch. These drones could last another 2 years, just as the original Mavic Pro did, so any type of future proofing is nice.

Amongst some people saying the Mavic 2 is not a major upgrade over the first Mavic Pro, I would have to disagree. Despite the major improvements with the camera, the overall drone has seen various upgrades while keeping the same body style, something I don’t think needed to be changed at all. What do you guys think about the features I mentioned above? Do you take advantage of any of them? Let me know in the comments below!