Wireless, in-flight charging allows drones to stay in the air for an infinite amount of time 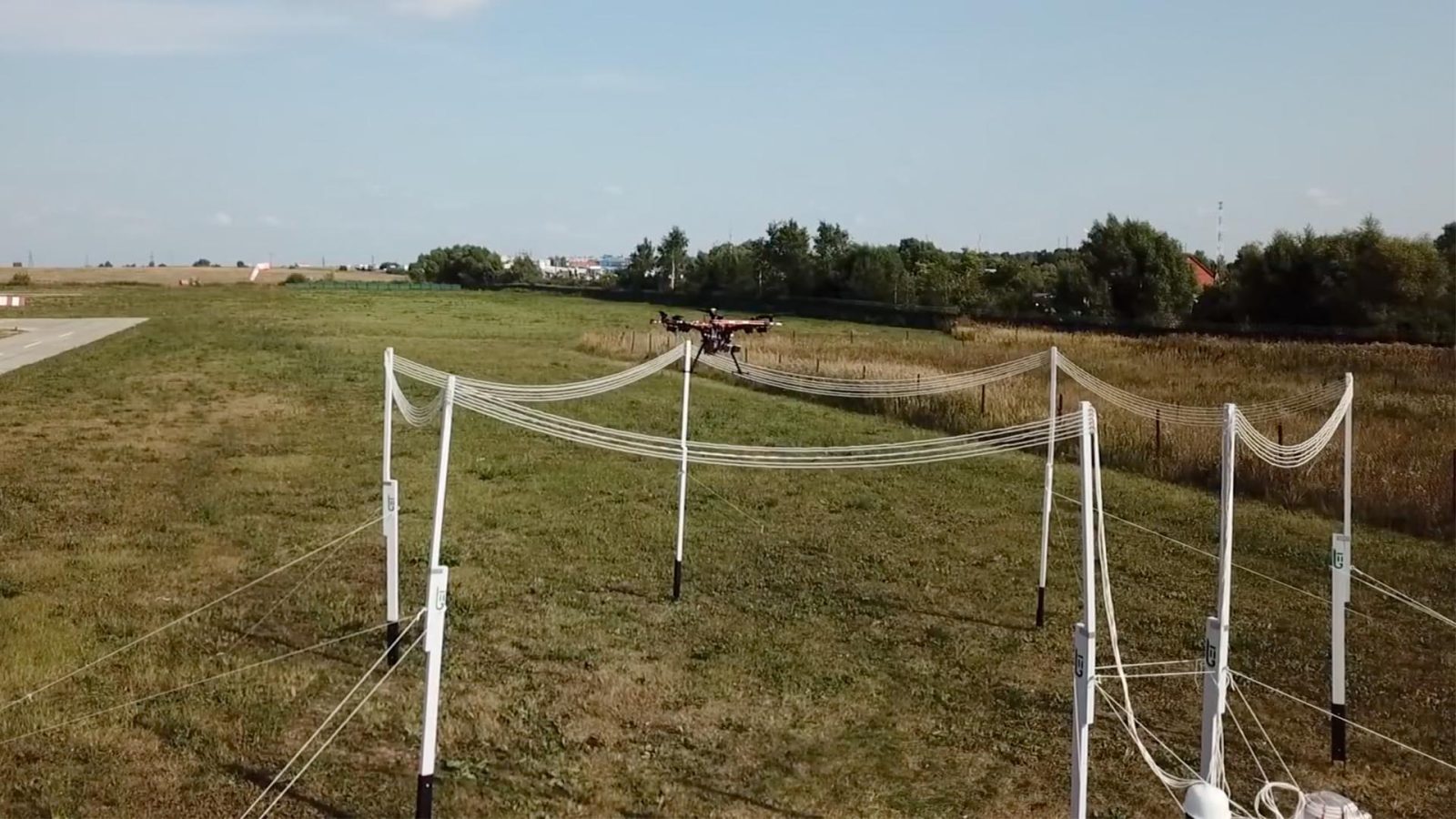 GET (Global Energy Transmission), a US C-corporation with an engineering center in Russia has developed an inductive charging system that powers up drone batteries mid-flight, allowing them to stay in the air for an indefinite amount of time. Although this appears to be in the early stages of development, it works really well delivering 25 minutes of flight in 6 minutes.

The current set up

As seen in the video below, members of GET have set up wires hanging from posts above the ground in a hexagonal shape. The diameter of this charging area is roughly 32 feet which gives even large drones with eight motors enough room to hover inside.

These drones are equipped with another set of wires that wrap around the outer most portion of the aircraft (around the motors) thus receiving the electric current from the outer wires of the frame. By transmitting up to 12 kilowatts of power, this is how the drone can be charged so quickly to continue to stay in the air.

Whether or not you think this system is effective, a much faster alternative would be to land your drone and swap out the batteries which only takes seconds. This is true unless the ultimate goal is to have a fleet of autonomous drones in which having them charge themselves as their battery depletes would make this system incredibly useful. In an effort to boost efficiency, multiple drones can be charged at one time through the suspended wires.

While the range of drones continues to increase through improved image transmission systems like OcuSync 2.0 in the Mavic 2, battery life cripples the range as the drone is required to land due to insufficient power. These charging stations could solve this problem as they are placed along a drones route to top up the battery. I look forward to any progress GET makes in their strive to keep drones in the sky for an indefinite amount of time.

What do you think about mid-flight inductive charging? Let us know in the comments below.