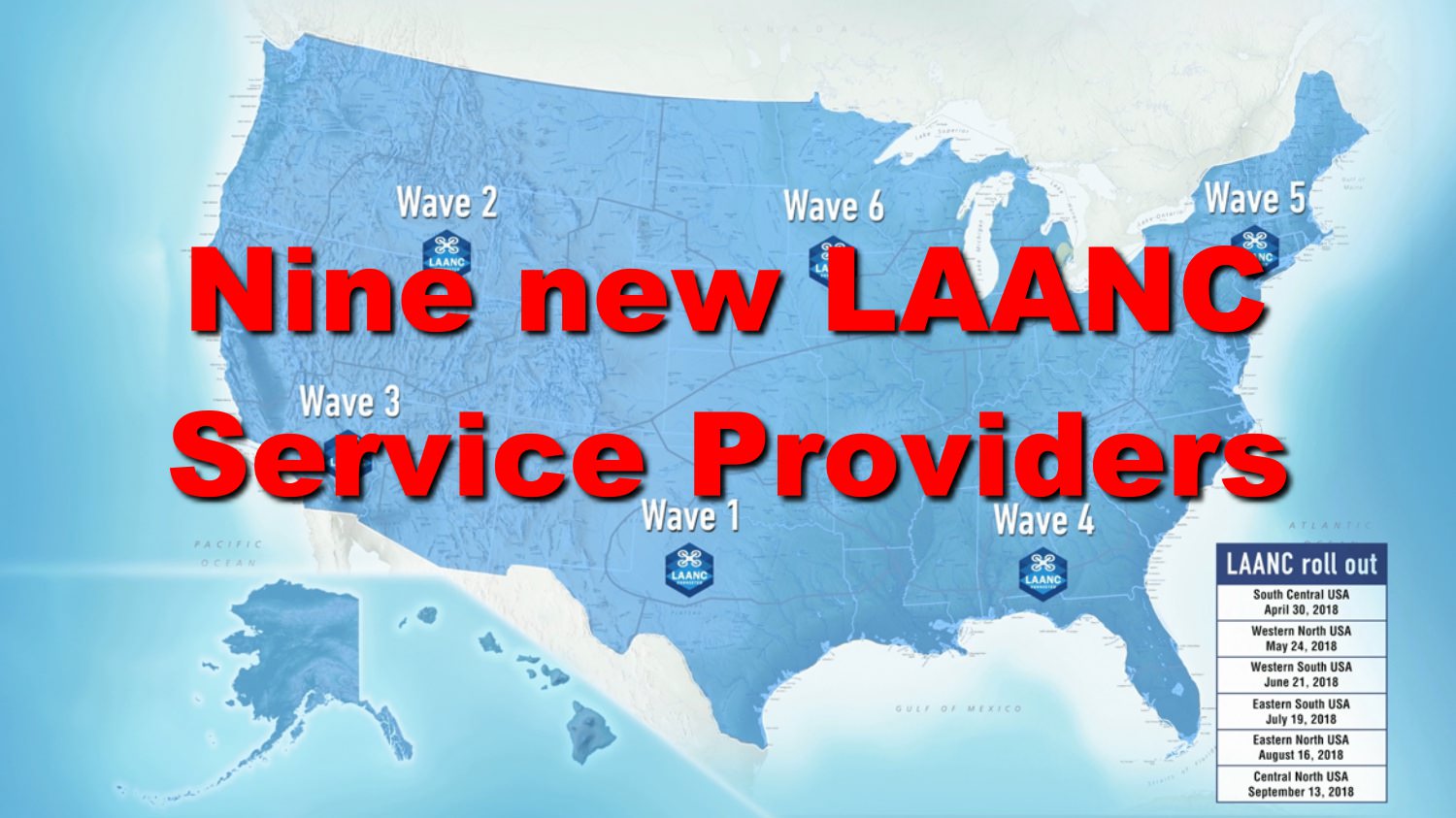 The FAA recently completed the rollout of LAANC nationwide. The program was simultaneously opened to additional air traffic control facilities and to new industry partners.

The nine companies joined the five that had already met the technical and legal requirements to provide these services: AirMap, Harris Corp., Project Wing, Skyward and Thales Group

“LAANC uses airspace data, including UAS facility maps, which shows the maximum altitude around airports where the FAA may authorize operations under Part 107 in controlled airspace. The program gives drone operators the ability to interact with industry developed applications and obtain near real-time authorization from the FAA. LAANC, a foundation for developing the Unmanned Aircraft Systems Traffic Management System (UTM),is now available at nearly 300 FAA air traffic facilities across the country, covering approximately 500 airports.”

Companies that are interested in becoming LAANC service providers can submit their requests to the FAA here between January 7 to February 8 and from July 8 to August 9. This is not a standard government acquisition; there is no Screening Information Request (SIR) or Request for Proposal (RFP) related to this effort. Interested parties can find information on the application process here.

What do you think about LAANC? Have you used it? If so let us know what you think in the comments below.