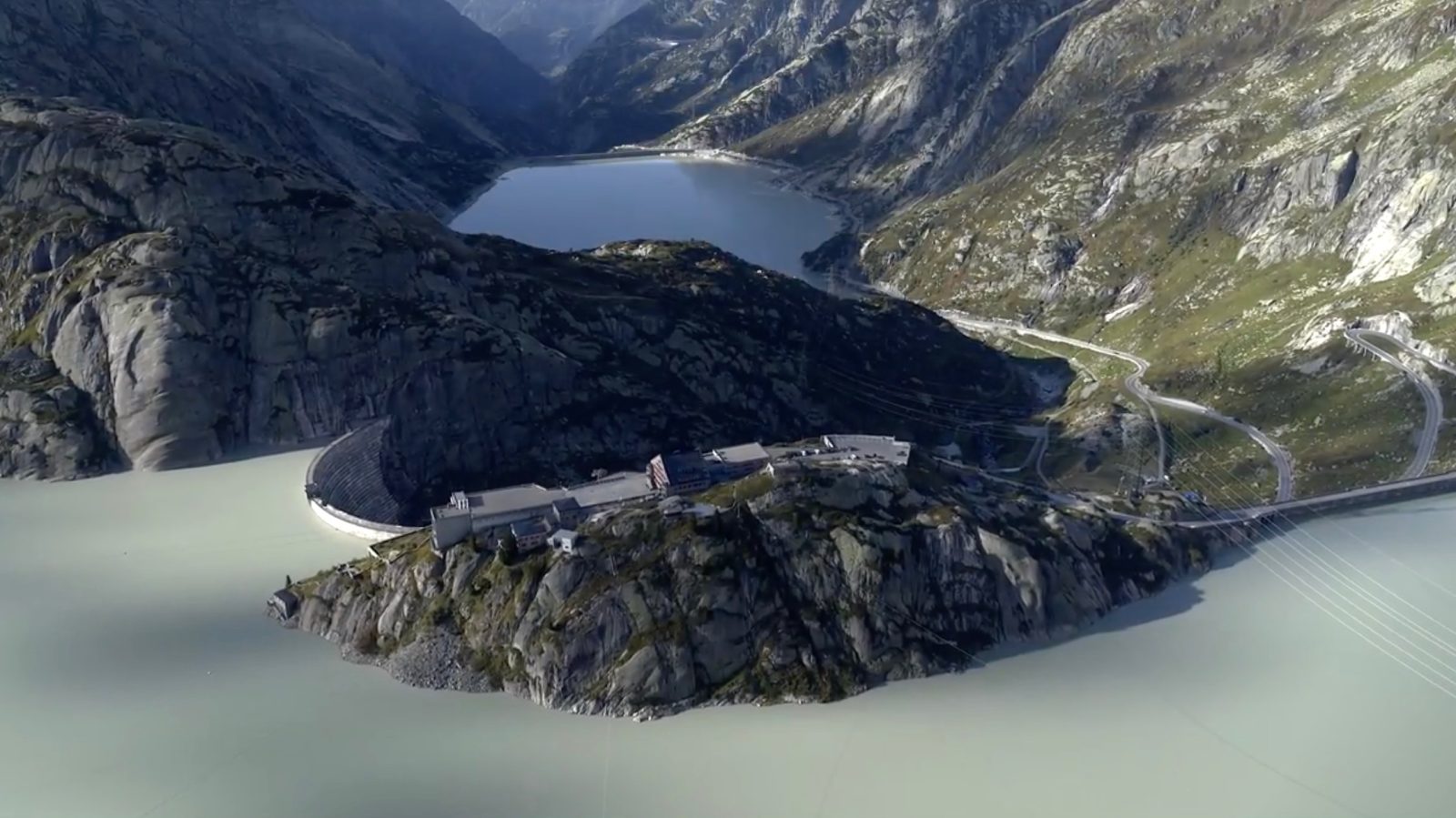 Good morning, remember the James Bond film ‘Goldfinger’? Well, today’s video shows the Furka Pass, Switzerland that was featured in the movie. The footage is shot in ProRes RAW 6K with the Inspire 2 and Zenmuse X7 (again) camera combo. The 16, 24 & 50 mm lenses were used. The DJI drone video is downscaled to 5K for uploading to YouTube. Very cool footage and well done.

Furthermore, we have news for you about an outdated NYC law that prohibits drone pilots from flying their UAS’s in Manhattan. A review of the Parrot Bebop 2 which we think is currently the best drone available under $300. The Skydio R1 that you can now control from your Apple Watch and Genius NY already has 350 applicants for their competition. Grab your coffee and check it out!

Today’s video was shot with the Inspire 2 and Zenmuse X7 (again) camera combo and the 16, 24 & 50 mm camera lenses by Electric Life. The drone video shows the Furka Pass in Switzerland that was featured in the James Bond film ‘Goldfinger’. Here’s what the maker has to say about it:

“Perhaps not as famous as other mountain passes, the Furka Pass is one of Switzerland’s most beautiful and scenic roads in the Swiss Alps. This 5K drone video features the Rhone Glacier, as well as the Grimsel Hospiz Hotel and Dam, together with the lake and show how the Swiss glaciers are melting fast as well as the smart Swiss glacier blankets, trying to preserve the retreating ice. The Furka Pass is also famous for the Belvedere Hotel, also features in the 007 James Bond movie Goldfinger. The drone footage is originally filmed in 6K UDH.

The pass links the Ursern valley in the canton of Uri with the municipality of Goms in the canton of Valais. It’s one of the highest paved roads in the country, and the road over the pass was built in 1867. As you drive along the pass’s road, you may see the train that travels the Furka Pass chugging along through the mountainside, creating a picturesque scene for you to hold in your memory. Countless tourists are attracted by the unique mountain panorama, the Rhone Glacier with its ice grotto, the attractive options for hiking, climbing and skiing tours, as well as the reopened steam railway.

The drive is definitely worth it. The second part of the climb includes much more straightforward road, but it’s also less steep. Don’t forget your camera! The road encompasses miles of stunning views through twisty hairpin corners, high elevations, and steep grades. The Furka Pass also takes you within a few hundred meters of the Rhone Glacier, the source of the Rhone river. Here you can park up and walk up to and actually inside the glacier itself. Travelers can actually walk through the glacier by booking a tour. Though the tunnel through the glacier is only 100 meters in length, you will want to make sure you dress warmly, because it doesn’t take long for your body temperature to reach dangerous levels. Although the glacier has retreated dramatically in recent years, it still really is an incredible site, around 7km in length.

In 1964, the hairpin bends on the Furka pass earned their place in cinema history thanks to the James Bond film ‘Goldfinger’ in the scene in which Tilly Masterson attempts to snipe Goldfinger. It was filmed in front of the Rhone Glacier. If you want the full James Bond experience, you can even visit at the iconic petrol station in Andermatt where Bond and Tilly Masterson part ways following her failed attempt to assassinate Goldfinger – it’s now part of the Aurora Hotel. But you’ll probably look anything but Bond-style glamorous when tackling it: steep slopes, hairpin bends, switchbacks, and sharp, blind curves make this a white-knuckle ride to all but the most experienced (or crazy) drivers. At least the road’s wide and perfectly surfaced – this is Switzerland, after all.”

We love it when you send us your videos. So, if you have a drone film that you would like to show on DroneDJ, send us an email with a link to your video on YouTube or Vimeo and provide us with some background info.