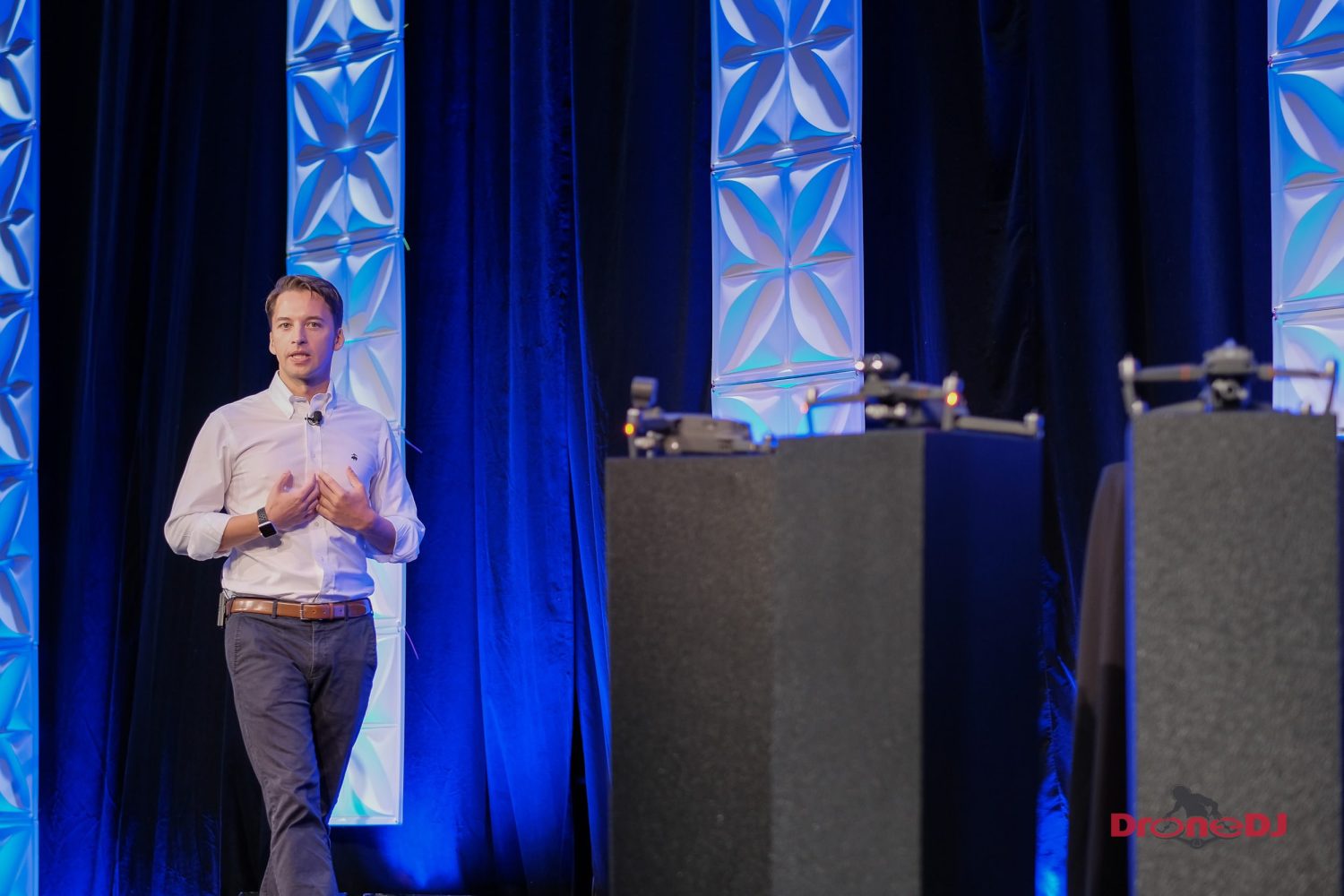 This year’s AirWorks event from DJI started with a ton of news and partnership announcements. It is obvious that the drone maker means business when it comes to the Enterprise market. DJI started with the introduction of the Mavic 2 Enterprise yesterday, but today they followed that product release up with a lot more. Let’s dive in.

DJI AirWorks was first held in San Francisco for a relatively small audience three years ago. Then in 2017, DJI held the event in Denver for already a much larger audience. This year it took place in Dallas for an audience of more than 800 people. Clearly, the enterprise drone industry is growing strongly and this time DJI had new hardware, software, and partnerships to announce.

The event kicked off this morning with a keynote from DJI’s Director of Strategic Partnerships, Jan Gasparic, who said that AirWorks mission was to: “to build a global ecosystem for aerial productivity.”He continued to explain how DJI sees their role in this rapidly expanding community:

“First, continue to build the most reliable and versatile aerial platforms out there in the market. And we see our technology as providing the foundation for you to build unique solutions and services on top of our platforms and ultimately solve people’s problems in the enterprise arena. Second, we will continue to invest in our developer technologies that allow anyone to very quickly build up new solutions and really leverage the incredible power that drones can provide.” 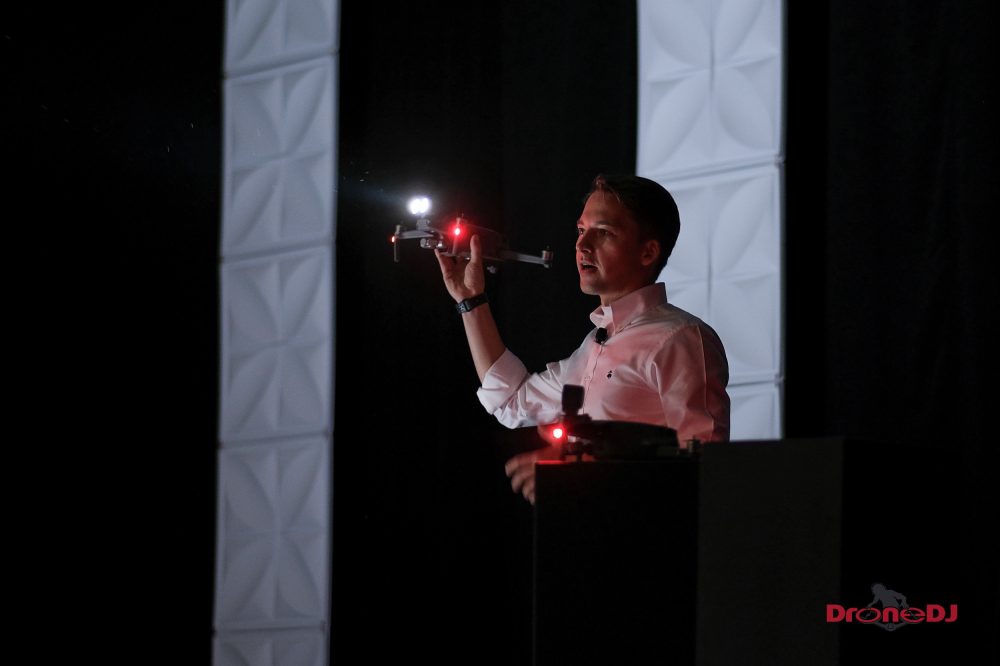 DJI’s Director of Strategic Partnerships, Jan Gasparic shows the dual floodlight in action during the AirWorks event. 2,400 lumens in total, here only at 50% capacity.

The launch of the DJI Mavic 2 Enterprise ($1,999) was the latest aerial platform that DJI specifically developed for commercial drone operators, such as inspection and insurance companies but also first responders, search and rescue crews and lifeguards. The drone is a new variation of the DJI Mavic 2 Zoom and offers extra zoom functionality, self-heating batteries, 24GB onboard and password protected data storage, GPS timestamping and a Local Data Mode to prevent any information being uploaded to a cloud server. Furthermore, the drone offers the option to attach various accessories, such as a loudspeaker, dual floodlight, and a LED beacon. From more detailed information about the drone see our earlier article and specifications comparison.

After Jan Gasperic, the stage was handed over to Lorne Cass, American Airlines Vice-President of Operations and Industry Affairs, who spoke about how drones are being used to inspect their airplanes inside the hangars. Saving time and money while making the job safer. Yesterday we were invited by DJI and American Airlines for a presentation of this at one of their hangars. I will elaborate on this in a separate post.

Gasperic came back on the stage to introduce the DJI flight SImulator, a training tool that is specifically designed and developed to teach large numbers of enterprise drone operators how to fly a DJI drone and to show them how to perform inspections with an unmanned aerial vehicle. DJI’s Flight Simulator is very detailed and allows you to train with various drones in different missions. Again, we will elaborate more on this in a special article.

Next was DJI’s software solution DJI Pilot. When Gasparic said that the software was now officially out of beta the audience responded very enthusiastically. It is available for both Andriod and Apple’s iOS. DJI’s Pilot software hosts a number of new features such as a mission planning feature for mapping or inspection work. The software will be rolled out over their entire product portfolio, including the Zenmuse XT2, payload SDK’s and the Mavic 2 Enterprise. It also fully integrated with FlightHub. DJI also increased data security by adding password protection.

The mission planning app has been further improved by allowing you to manage fleets of drones, their missions profiles, pilots and the data that is being captured. DJI also improved the functionality for teams to work together, for instance, the software allows you to share a mission profile with other drone pilots.

This concluded the first half of DJI’s presentation on the first day of AirWorks. After a short break, they continued with showcasing how their partners use DJI hardware and software to build unique applications for their business. To be continued in Part II. 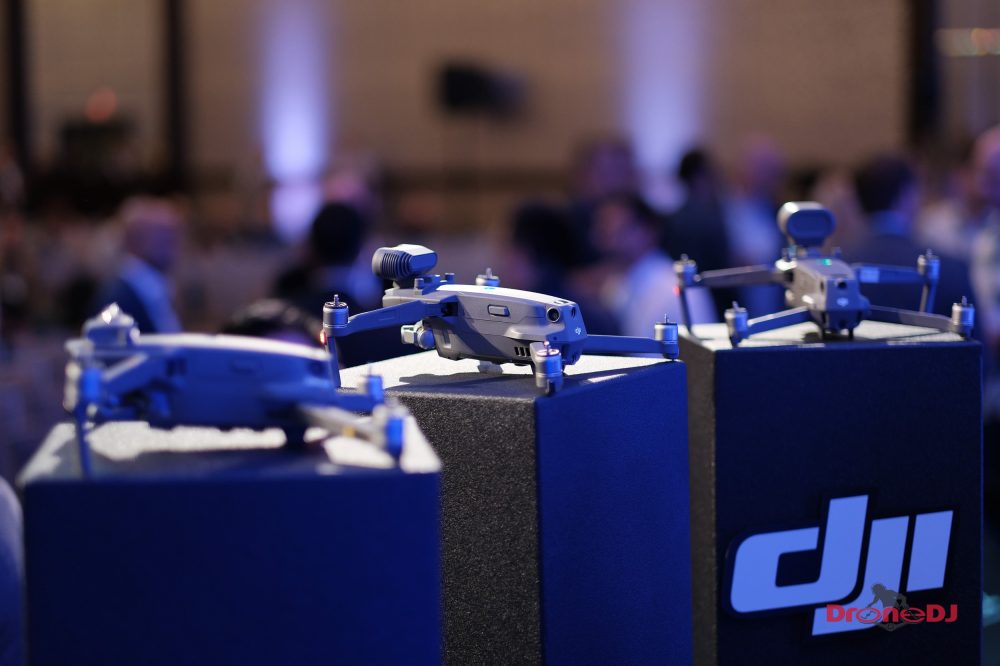 The DJI Mavic 2 Enterprise on display with the three different accessories, the ME2 beacon, ME2 dual floodlight and the ME2 loudspeaker (left to right).