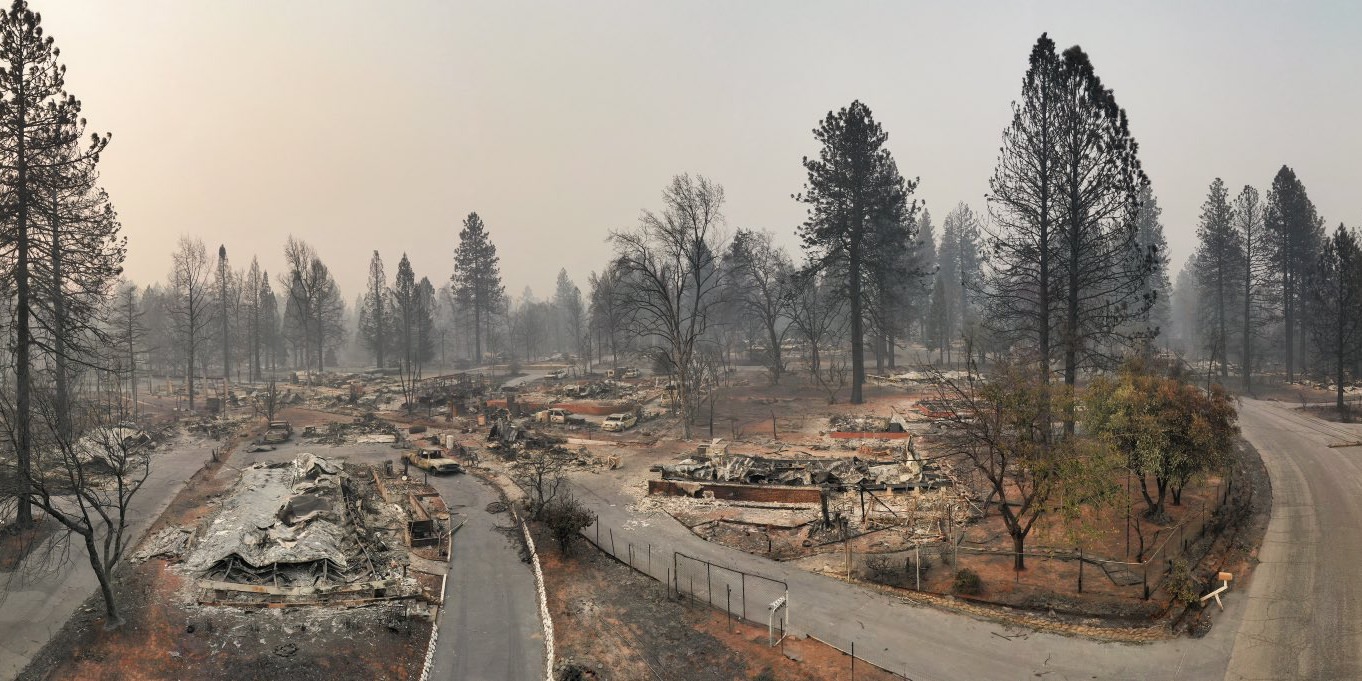 CNN reports the Camp Fire isn’t even halfway done burning. Meanwhile, drone teams are already deployed after the Camp Fire in Paradise, CA, in what is called the largest UAV disaster response effort in the history of California. As we have seen with earlier wildfires, flooding, and hurricanes, drones can help to quickly map and visualize disaster-struck areas and provide assistance during the recovery.

At least 15 drone teams have been deployed in the area of Paradise, CA after the Camp Fire wiped out the town. Drones can be very helpful tools to quickly map and visualize disaster-struck areas. Especially after a wildfire that may have destroyed street signs and burnt-down any recognizable features drone maps can be very useful. Highly accurate drone maps can be created quickly and overlayed with street names to aid during the recovery process.

Romeo Durscher, DJI’s Director or Public safety Integration, reports on Twitter that 10,000 acres need to be mapped and that covers only Paradise and Magalia. Now, as if mapping such a large area with 15 drone teams isn’t complex enough, what do you think about the data processing of the thousands of photos that have been captured.

“Tying in with the GIS teams so our UAV data is integrated the best possible way,” Durscher said. Just what we have captured to date is already seen as “Much more than what we have had!”

We will try to reach out to Romeo Durscher at a later point in time to see if he can share the learnings of mapping such a large area with 15 drone teams deployed.

If you’d like to learn more about how you can help the victims of the Camp Fire, please go here or donate directly to the Red Cross or North Valley Community Foundation.

If you fly, firefighters can’t! Do NOT operate your #drone ANYWHERE near or around the #WoolseyFire in California. #Wildfires are ALWAYS a #NoDroneZone. https://t.co/4JO5vQiQDG pic.twitter.com/5GlM6xQiii

After the Santa Rosa Fire deployment I thought I had seen it all. Then came the Redding Fire and I was overwhelmed. Now we are in Paradise with @ACSOSheriffs, @menlofire, @CoCoSheriff utilizing UAVs. It’s beyond what one could imagine. #Dronesforgood pic.twitter.com/HCrUpkYxTM

Tying in with the GIS teams so our UAV data is integrated the best possible way. Just what we have captured to date is already seen as “Much more than what we have had!” #CampFire #DronesForGood @ACSOSheriffs @menlofire @UnionCityPD_CA pic.twitter.com/TIbeAl7TNd