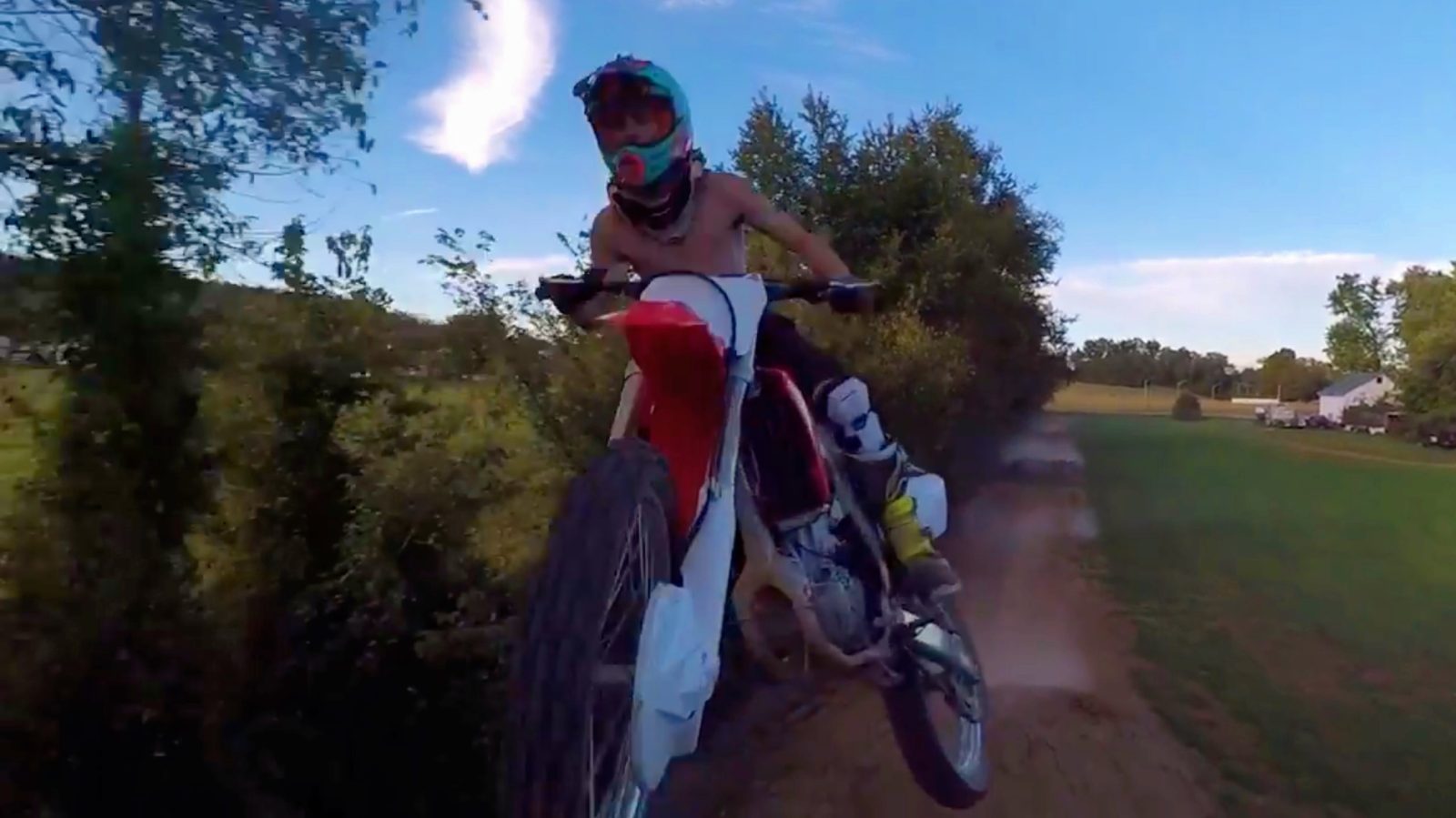 A drone and a dirt biker crash midair during a massive jump. The motorcyclist suffered an injury to his shoulder after colliding with the drone. Brinnick Presley, 22, was performing a ‘routine’ jump on his dirt bike while his friend was recording the event with a GoPro Karma drone.

Unfortunately, the pilot of the GoPro Karma drone misjudged the Presley’s trajectory and the birt biker and the Karma drone collided midair, sending the unmanned aerial device crashing to the ground.

Presley suffered gashes to his shoulder, according to the Mirror, but was otherwise unhurt. The drone, however, did not fare as well and was utterly destroyed.

The now discontinued GoPro Karma drone got a bad rep soon after its launch in September of 2016 as a number of them fell out of the sky due to battery problems.

The GoPro Karma is not the best drone to collide with midair (of course, no drone is really) because it is a heavy and sizable drone, weighing about 2.2 lbs. Also, the propellers are quite large, so it is not hard to imagine that they might inflict some serious cuts when you collide with them.

Trying to get action shots like these with a drone is not easy and can be quite dangerous as this video shows. Using a very small and light drone, like a DJI Spark or Mavic Air would have been a better choice. Or perhaps a DJI Mavic 2 Zoom should have been used. In that case, you can keep a safe distance but still get the up-close type of shot. Anyway, please be safe whether you are performing massive jumps on a dirt bike or flying a drone. Especially when combining the two!

You can watch the video below.