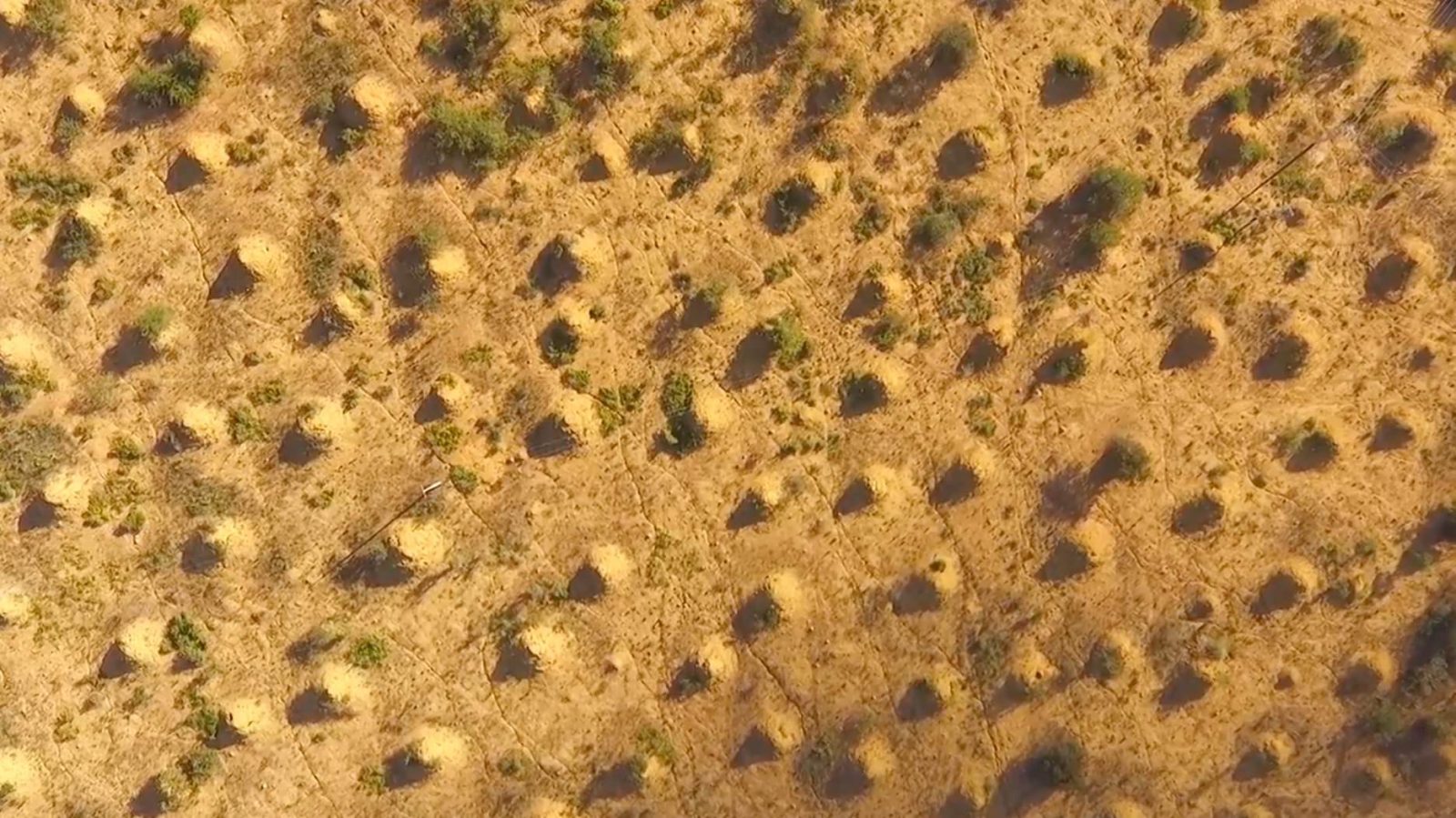 A drone video helps to provide some sense of scale to this recent story in the NYT. 200 million (yes, million!) termite mounds that were hidden in plain sight in a remote part of the Brazilian forest, cover an area the size of Britain. Some of the mounds, garbage piles apparently, are estimated to be almost 4,000 years old.

The cone-shape mounds are the work of Syntermes dirus, among the largest termite species at about half an inch long. The mounds, spaced on average about 60 feet apart, are spread across an area as large as Britain.

The scientists also estimated that to build 200 million mounds, the termites excavated 2.4 cubic miles of dirt — a volume equal to about 4,000 great pyramids of Giza. “This the greatest known example of ecosystem engineering by a single insect species,” the scientists wrote.

Young, active mounds grow to four to five feet tall in a couple of years, Dr. Funch said. Most of the older mounds appear inactive. The scientists do not know if that means the termites have left or if they simply have no need for additional digging in the area after constructing the needed tunnels.

You can read the entire article about the termite mounds here.