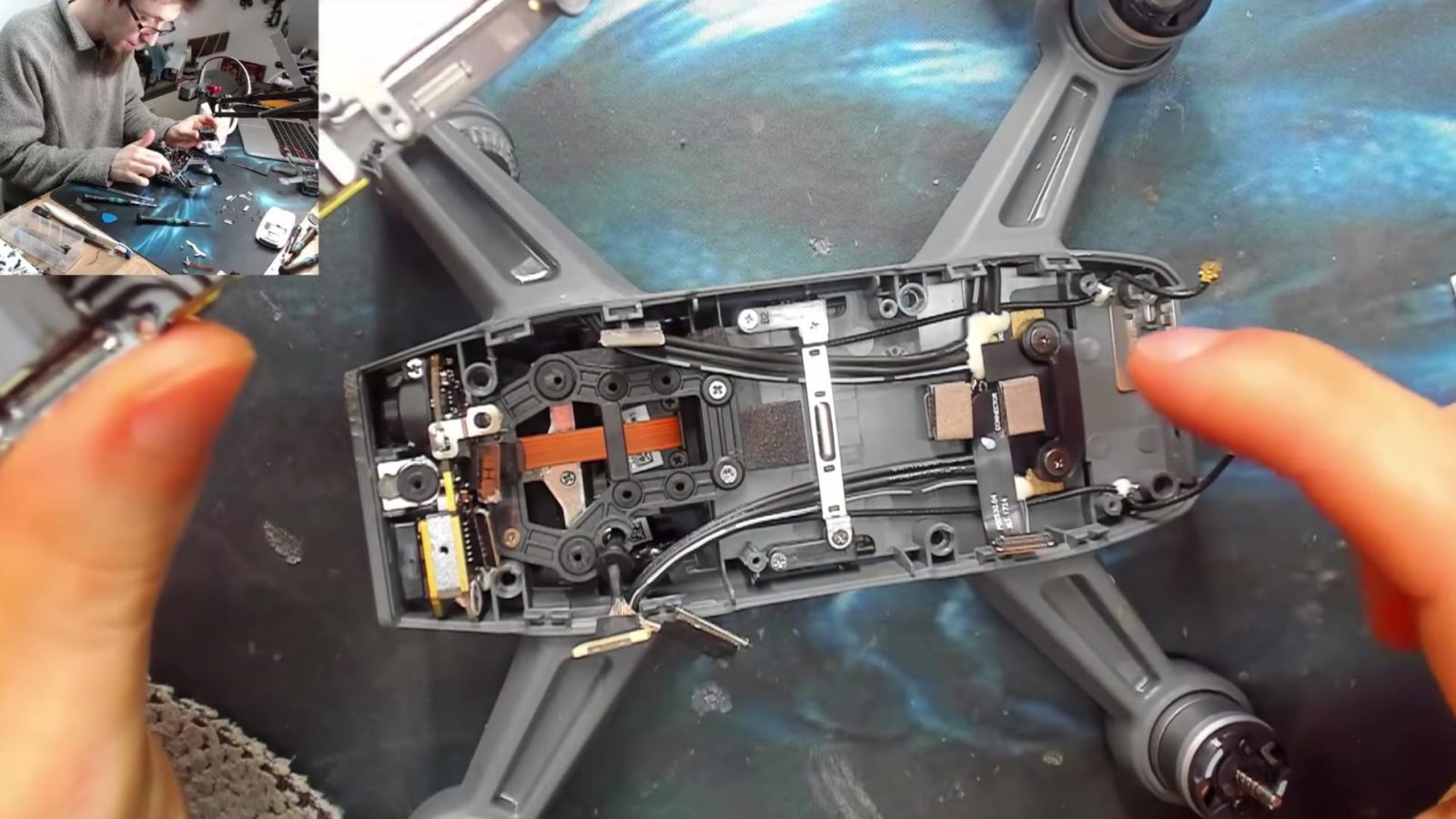 This is a quite long but interesting video for any of you who may have crashed or otherwise damaged their DJI Spark drone and are looking to possibly fix it yourselves. Adamant IT from the YouTube channel “Let’s fix computers” shows us how you can take a DJI Spark apart and transplant all the internal components to a new DJI Spark body shell. The big question after the transplant, of course, is will it fly again?

After a client of the video maker crashed the DJI Spark on the top of a roof and broke one of the arms, he brought it in for repairs. This almost hour-long video shows you in detailed steps how you can take the DJI Spark apart and transplant all of the internal components to a new body shell. Adamant IT said this about the video:

“This drone had a broken arm, so we did a full strip and re-shell into a replacement chassis. This is a blind-repair, I have very little knowledge about drones, but I do know how to use a screwdriver, a pair of tweezers, and a soldering iron!”

During the video, it turns out that replacing a motor is actually quite a hassle. Surprisingly so as it is not uncommon to break one of the arms of the DJI Spark during a crash. You’d think that DJI would make that as simpler repair. If you look closely, you will see that the propeller is damaged as well, although Adamant IT doesn’t seem to realize that.

Unfortunately, the person who originally crashed the DJI Spark did not leave the controller behind and Adamant IT, who already said he doesn’t know much about drones, didn’t know he doesn’t need the controller to fly the DJI Spark. A simple install of the DJI Go 4 app on his smartphone would have been enough to test out if the drone actually works after the transplant. Hopefully, we will see in a future video if the repair of the DJI Spark was actually successful.

I’ll be honest, I haven’t watched the entire 55 minutes but, just for the heck of it, what do you think? Will the DJI Spark survive this transplant and will it fly again? Let us know what you think in the poll below and hopefully, Adamant IT will post another video soon with the result!

“And yes, I wasn’t able to grab extra footage at the time because it was collected during rush hour, but a brief test showed that it was able to take off and hover, so all seems to be well!”

What do you think about self-repairing DJI drones? Have you tried it before? Let us know in the comments below.