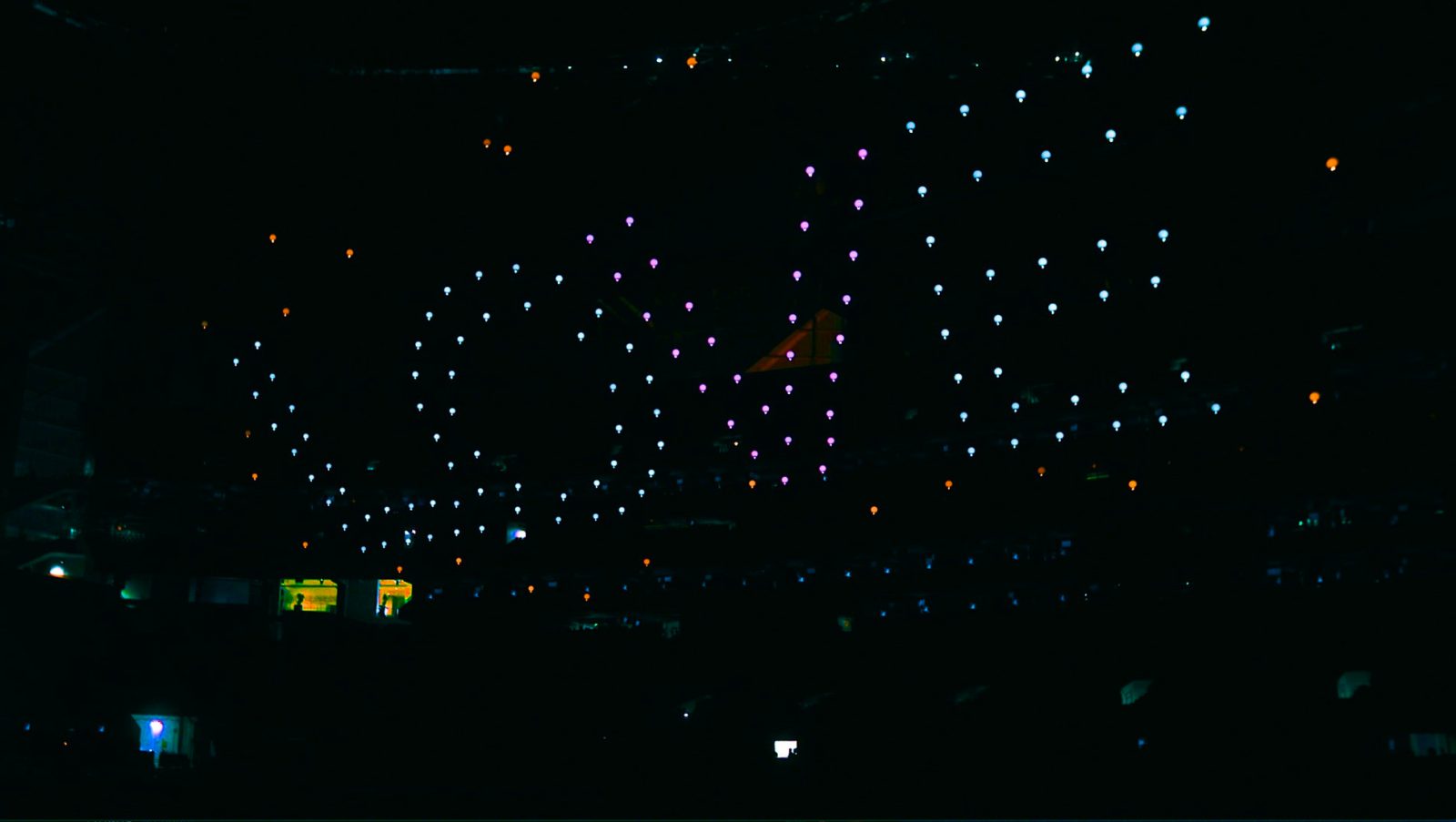 During the Super Bowl, Intel Corporation partnered with the NFL* to create the first-ever live drone light show during a Super Bowl Halftime Show. Intel and the NFL will also make advanced Intel® True View™ highlights available for fans to relive the most exciting moments of the biggest game of the year.

As Maroon 5 began the song “She Will Be Loved,” 150 enhanced Intel Shooting Star drones floated up and over the field in a choreographed performance to the music to form the words “ONE” and “LOVE.” Intel enhanced the Intel Shooting Star drones specifically for the Pepsi Super Bowl Halftime Show to emulate the experience of floating lanterns. The drones were also enabled to successfully fly a pre-programmed path inside a closed stadium environment without GPS. Additionally, the 150 drones flown indoors exceed the world record that Intel earned flying 110 indoor drones at CES in 2018.

“Our team constantly looks for opportunities to push the boundaries of innovation and deliver stunning entertainment experiences with our drone technology,” said Anil Nanduri, Intel vice president and general manager of the Intel Drone Group. “When we received the opportunity to bring our drone light show technology back to the Super Bowl, we were excited by the challenge to execute it live and within a closed stadium environment. We collaborated with the show producers, both creatively and technically, to bring a special and unique show experience to the viewers. It was an honor to have performed with Maroon 5 to create a memorable experience for those watching live from their seats in the stadium and for viewers watching at home.”

As an Official Technology Provider for the NFL, Intel installed Intel True View in 13 NFL stadiums, including Super Bowl LIII host Mercedes-Benz Stadium. Volumetric capture is enabling immersive experiences that bring the game to life from every angle, allowing fans to analyze key plays with multi-angle views, including through the eyes of the players. Using high-performance computing, Intel True View transforms massive amounts of volumetric video data captured from 38 5K ultra-high-definition cameras into immersive 3D replays of the game’s biggest moments. Intel True View content is accessible via NFL.com/trueview, the NFL app, the NFL channel on YouTube* and other endpoints across the NFL and participating teams.

“There is tremendous potential in what True View can do to bring our fans closer to the game than ever before,” said William Deng, vice president, Media Strategy and Business Development at the NFL. “We are thrilled to be partnered with Intel to advance this groundbreaking technology. It truly brings the fan into the action and gives them a perspective of the game that was never before possible.”