FPV drone flies in between parachute strings of BASE jumper [video] 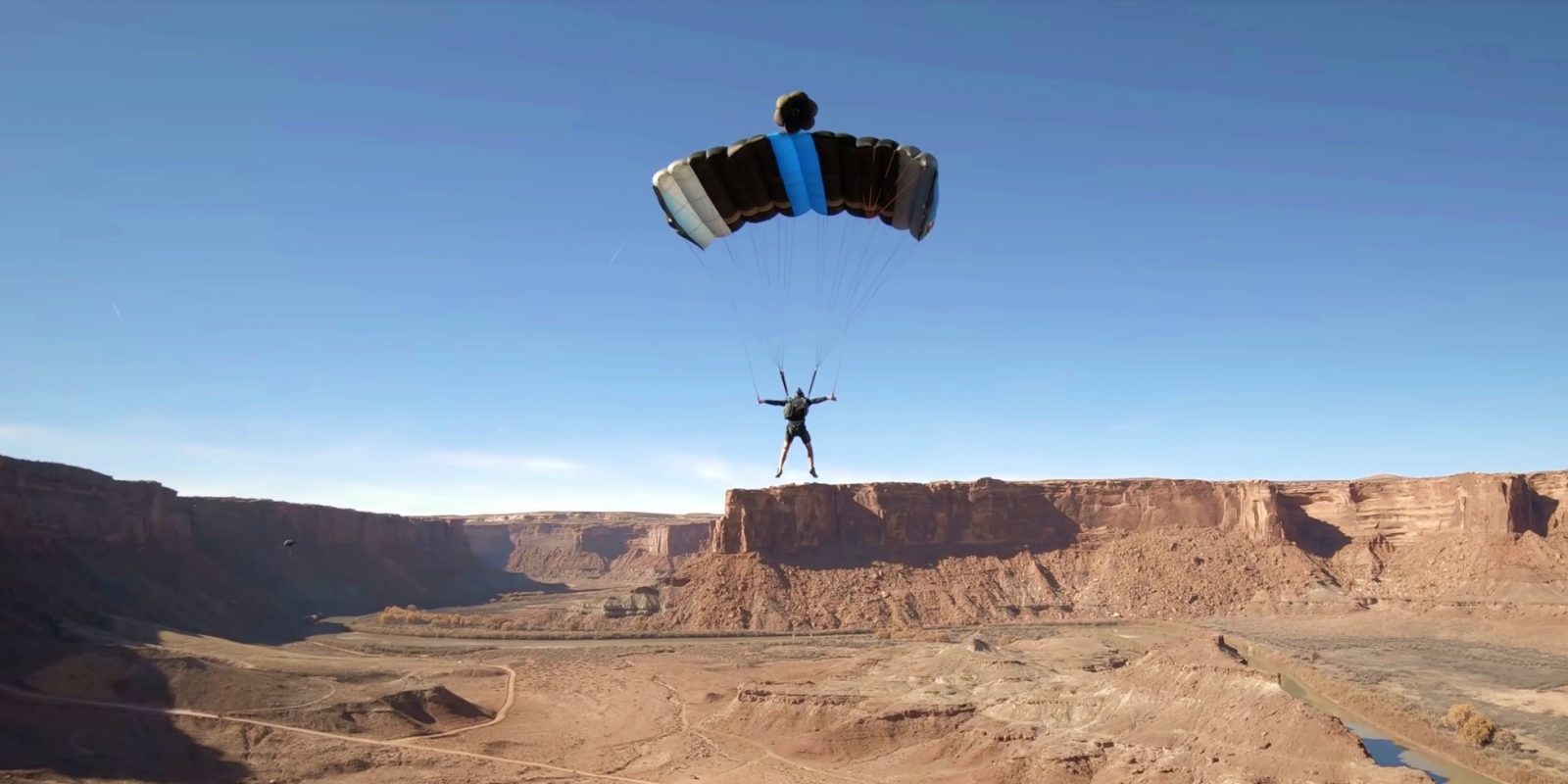 For the GoPro Awards, the action camera company invites people to submit the most amazing GoPro footage they can record. Well, this video of an FPV drone flying in between the parachute strings of a BASE jumper qualifies as some of the craziest FPV drone footage, we have seen. Check it out in the video below.

FPV drone pilot Jan Verhaeren is a GoPro Million Dollar Challenge recipient, thanks to the amazing footage he was able to capture with his GoPro and his FPV drone. Of course, the craziest part of the video for many viewers will be the moment when he flies his drone in between the parachute line of the BASE jumper. However, there is plenty more amazing footage to be seen in the rest of the short video.

In the comments on YouTube, some people pointed out the dangers involved in performing a BASE jumping and FPV drone stunt like this. One of the questions raised was whether the propellers of the FPV drone would be able to cut through the parachute lines. Jordan, presumingly the BASE jumper, said in response to one of the comments:

“I was the guy flying the canopy. Yup! The lines on that are pretty close to Kevlar. The ones it gapped were 900lb Dacron. We checked and the blades wouldn’t have cut it. That said entanglement was an issue but the lines he flew through were suspension lines, not control. Even if it totally wrapped around them it would likely still be a stand up landing.”

Jan Verhaeren, the FPV drone pilot chipped in as well:

“Sorry you don’t like it man, its my shot and was well planned by myself and the canopy pilot.”

Take a look at the video below and judge for yourself.