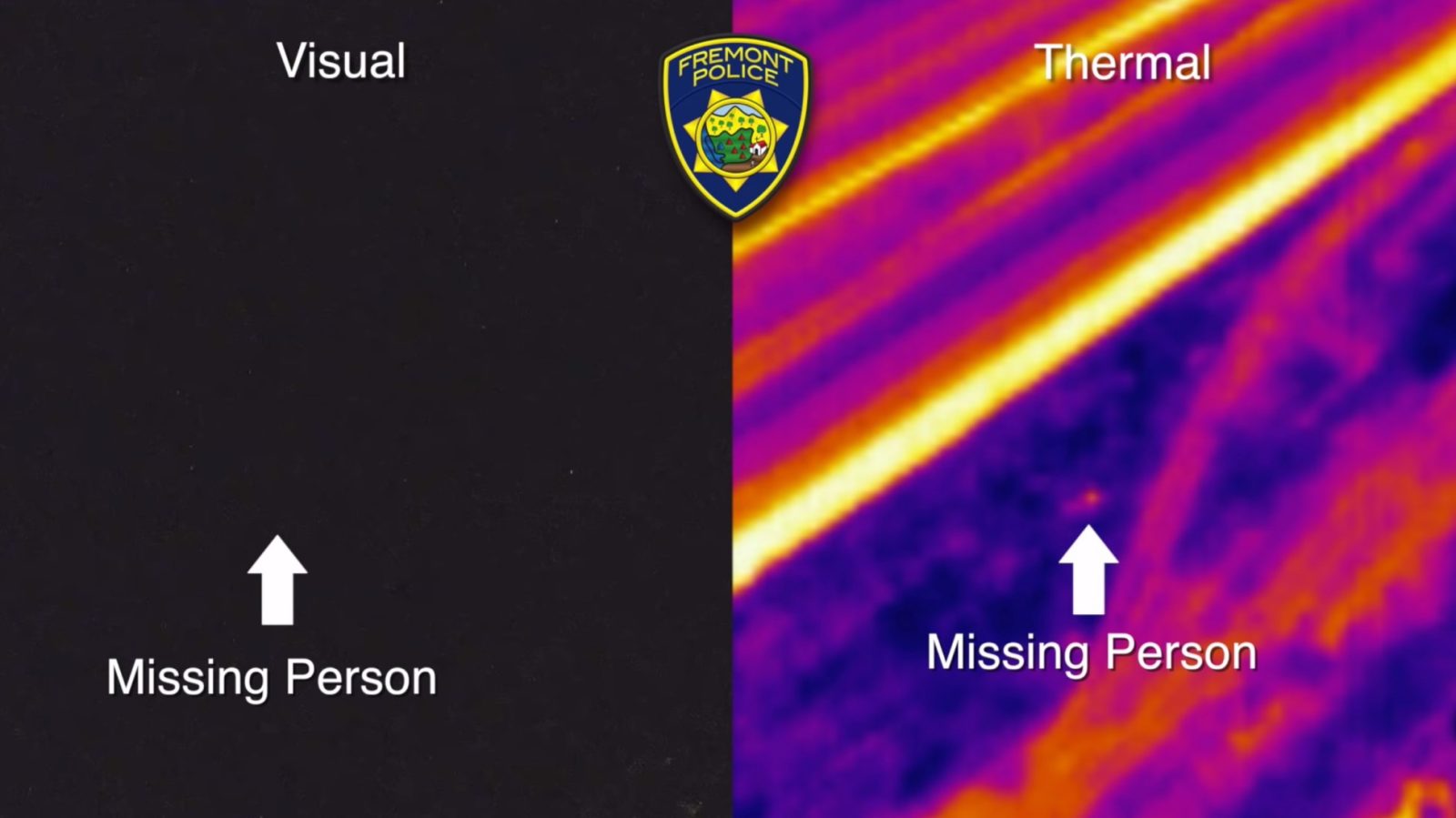 The police of the City of Fremont in California used a DJI Mavic 2 Enterprise Dual equipped with a FLIR camera to find a missing teenager. The Fremont police dispatch received a call last Tuesday, February 5 at around 8:30 PM from the California Highway Patrol, requesting an outside assist to help find a student from the California School for the Deaf.

Even though it is believed that a teenager has voluntarily gone missing there was an immediate concern for the child’s mental well-being, according to CBS Local in San Francisco.

It was already getting dark quickly and the FLIR thermal camera on the DJI Mavic 2 Enterprise Dual proved invaluable.

“You can see how dark it is, as opposed to the thermal image being provided by the FLIR camera,” said Fremont Police Lt. Matt Snelson.

With the assistance of friends of the missing teenager, the Fremont police began to narrow down possible locations of where the juvenile might be. Information from social media indicated that the teenager might be near the train tracks in the Irvington District.

Shortly after the drone took off the pilot located to heat spot. He shared the information with the police officers, but the juvenile’s friends who had joined the search reached him first. They found the missing teenager hiding in the bushes.

The drone operator was able to witness the event from the air and relayed the information over the radio to police officers. The drone pilot also used the spotlight on the drone to guide the police officers to the location of the missing teenager.

“We have been training and expanding our program to be prepared for this exact scenario,” states Lt. Matt Snelson, the department’s UAV program administrator was reported saying. “This technology allowed us to expedite a search, which normally could have taken several hours and a lot of resources. To be able to locate a young man who needed help and get him to the resources he needed is a big success for our UAV team and our community.”