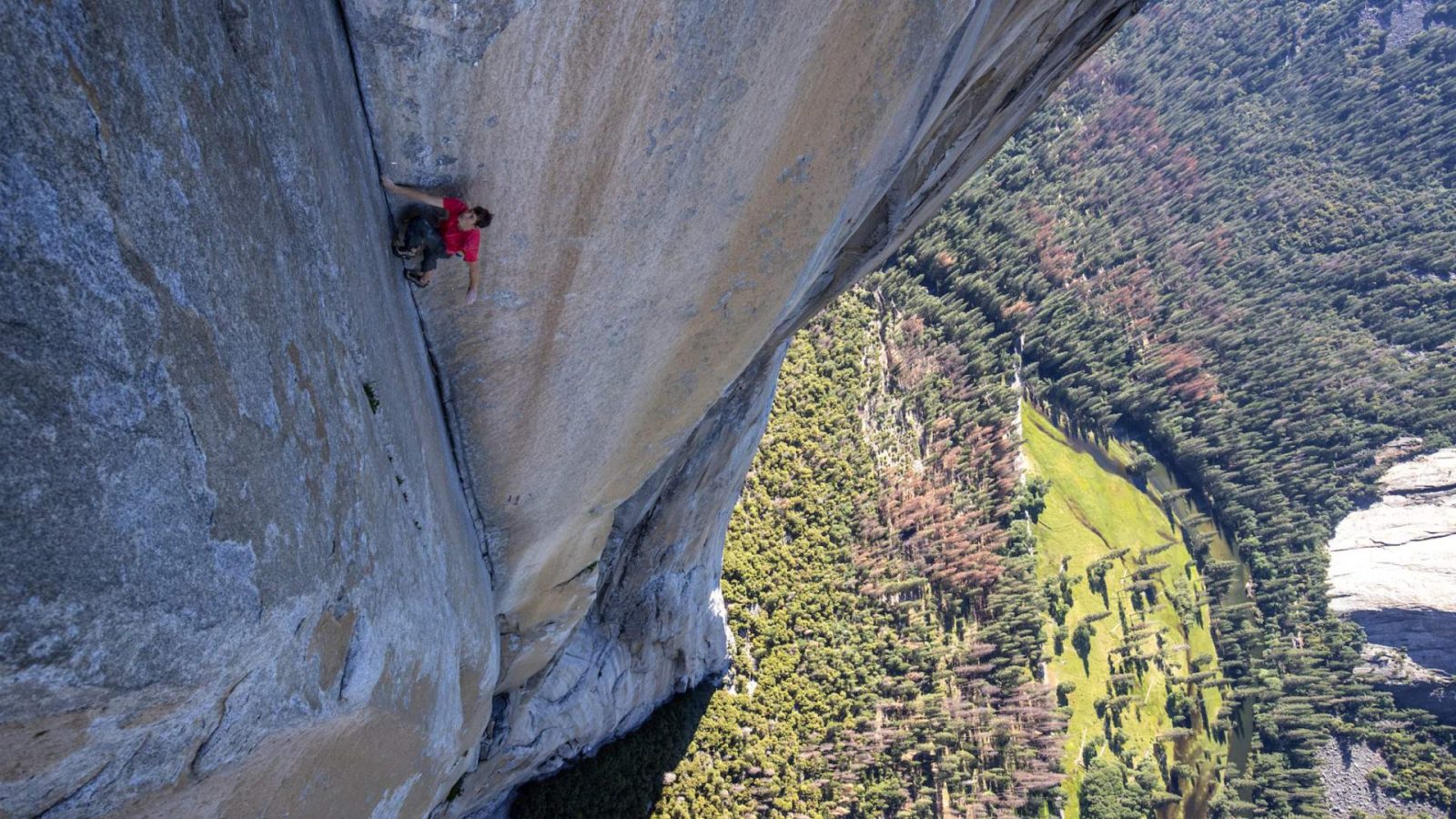 Last weekend, I finally got to watch Free Solo about Alex Honnold climbing El Cap without any ropes, harness or other protective equipment. In the Oscar-winning documentary, there are a number or amazing aerial shots (especially towards the end). I immediately wondered if they might have used a drone to get those shots. Later in the film, you even see a remote controller for a drone together with other equipment. And, in the credits, drone operator Nick Wolcott is mentioned. Did Jimmy Chin’s film crew indeed use a drone in Yosemite’s National Park? Were they able, perhaps with the help of National Geographic, to get permission to fly a drone and use it document Alex Honnold’s ascent of El Cap? As you probably know, flying drones in any of the National Parks in the U.S. is not allowed. Out of curiosity, I researched the documentary a bit to see what I could find out.

Btw – if you haven’t seen Free Solo yet, I can highly recommend it. To watch Alex climb El Cap is both nerve-wracking and unbelievable at the same time. Jimmy Chin, Elizabeth Chai Vasarhelyi and their crew did an amazing job documenting Alex’s journey to the top of El Cap.

No drone shots of Alex Honnold’s ascent of El Cap?

Did Jimmy Chin’s film crew use a drone to capture Alex Honnold’s ascent of El Cap in Yosemite’s National Park? It seems that they did not. After researching this a little and reading through some of the interviews, it appears that the only drone footage that is shown in the movie is the part about Alex’s free solo climb in Taghia, Morocco in 2016, which starts about 20 minutes into the film. In an interview on the website No Film School, Jimmy Chin’s wife Elizabeth Chai Vasarhelyi says:

NFS: I know there was one crew credited as a drone operator but it wasn’t for the Freerider attempt.

Vasarhelyi: You can’t use drones in a national park.

Vasarhelyi: So the drones we used were in Morocco. [In Yosemite] what you see is a helicopter in the final climb.

So there’s the answer, right? No drones were used during Alex Honnold’s ascent of El Cap in Yosemite National Park.

Aerial shots at end of documentary. Drone or helicopter?

However, what I found somewhat odd, was that right before Alex’s climb of El Cap, one of the crew members is talking about the effect that drones might have on Alex during his ascent.

About 50 minutes into the movie there is talk about the impact a film crew might have on Alex’s climbing performance. Cameraman, Cheyne Lempe says:

This almost makes it sound as if the crew had planned to use a drone for at least part of the climb. And, a little later on, there is a shot of a marked drone controller laying on a counter amidst all sorts of other labeled equipment as the crew prepares to film Alex climbing El Cap.

I haven’t been able to find any conclusive evidence that they did, in fact, use a drone during the filming in Yosemite National Park. However, I can imagine that if they did use a drone (with permission from the park), that all parties involved would want to keep it quiet as to not give other (hobbyist) drone pilots the wrong idea. Many other parks, such as Crater Lake National Park, already have a hard time dealing with illegal drone flights and are stepping up their enforcement of the no-drone rule.

I’m curious to hear your thoughts on this. Specifically, some of the shots during the last few minutes of the documentary as Alex reaches the top. Was that done from a helicopter or a drone? Let us know in the poll below. 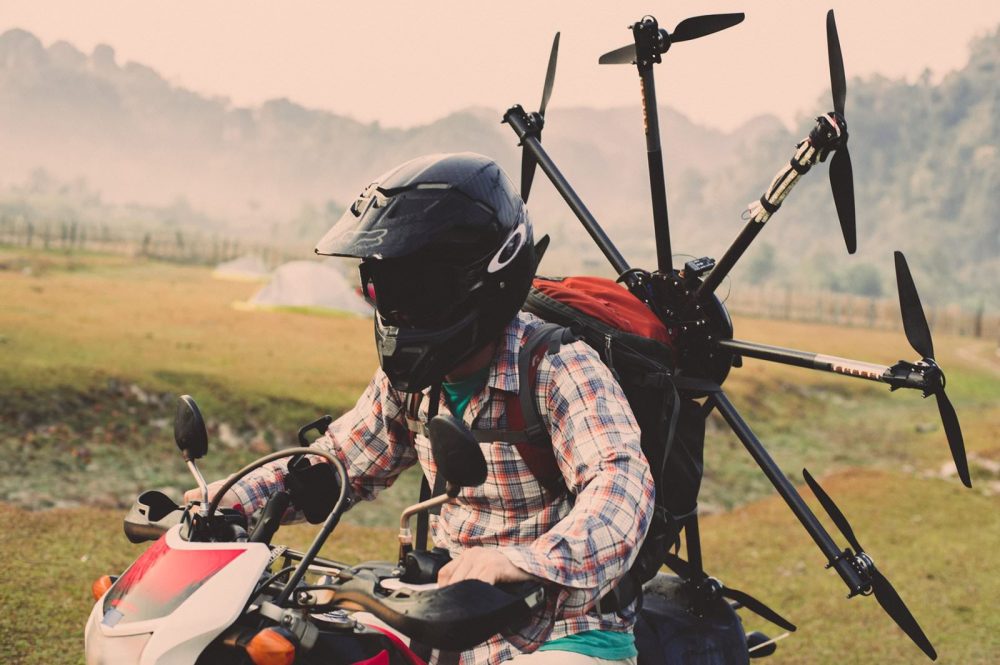 Drone pilot Nick Wolcott transports his drone via motorcycle while working on Blood Road. He was also part of the Free Solo film crew.