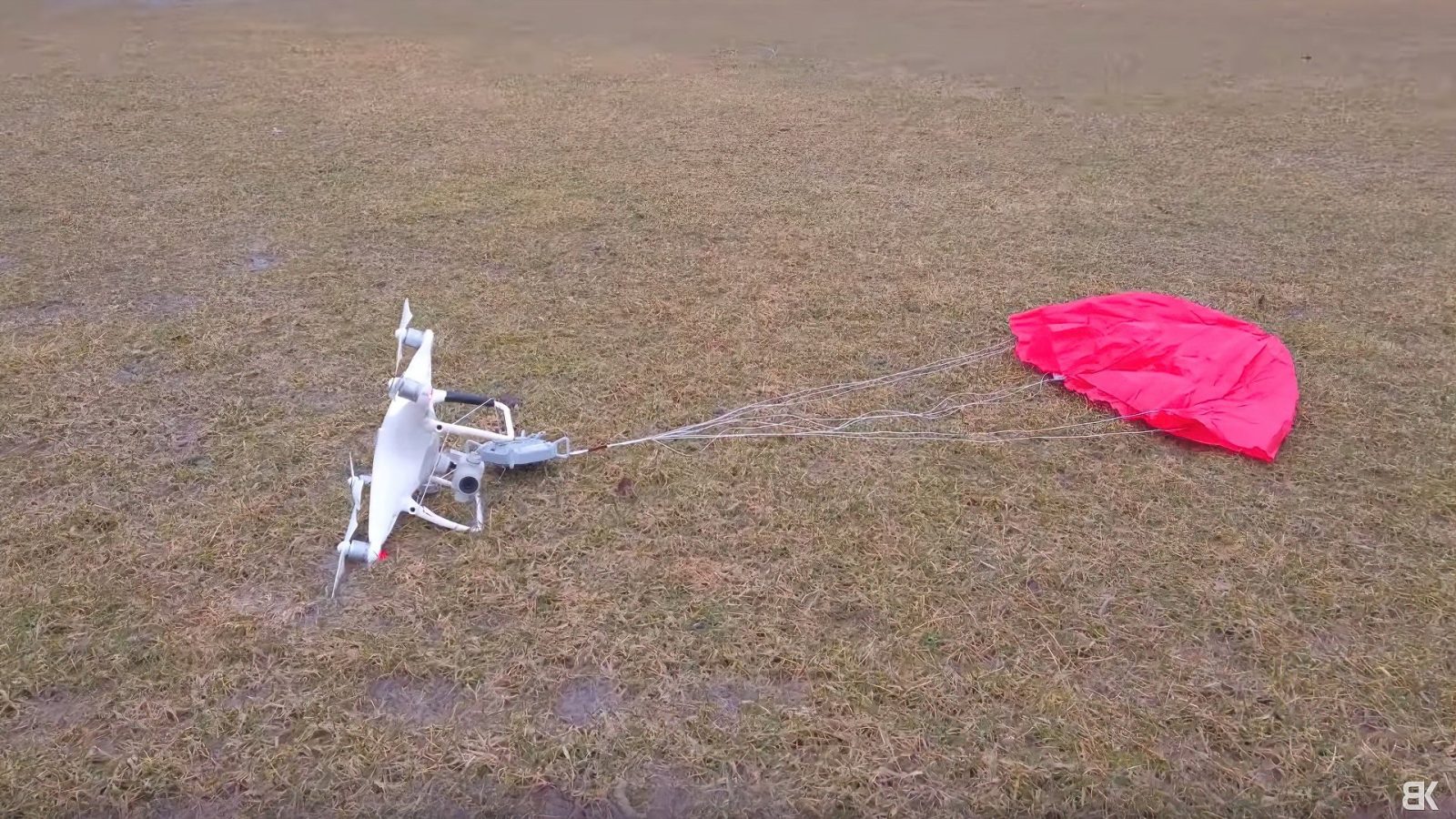 With the Federal Aviation Administration (FAA) considering to loosen the regulations for flying drones over people, drone parachutes have become of greater interest to many drone pilots. Recently we wrote about how Indemnis Nexus parachute met the strict safety standards. Today, we have two videos that show the ParaZero SafeAir parachute system tested by Billy Kyle and Ready Set Drone.

Billy Kyle used an already damaged Phantom 4 to perform the parachute test. Billy shut off the motors on the drone and after falling a few feet the ParaZero SafeAir parachute system deployed successfully and the drone came down in a soaking wet grass field. No new damage to the already damaged drone. The landing was not as soft as you might expect. Luckily, the drone did not incur any water damage. Looking more closely at the footage it seems that the parachute system almost got detached from the drone. I assume that would have happened as it hit the ground and not mid-air.

Ready Set Drone crew was slightly less fortunate. they also tested the ParaZero SafeAir parachute system on a Phantom. They, however, did incur damage to the legs of the drone when it landed. The battery had also come out.

The ParaZero SafeAir parachute system is reusable, although it is not super easy to get the parachute back into the device, as you can see in Billy’s video.

I was a little surprised at how fast the drones still came down with the parachute system deployed. However, this safety system is not meant to protect your drone. It is primarily meant to keep the people on the ground safe and prevent any injuries from drones falling from the sky. From that perspective, the parachute system performed great.

ParaZero SafeAir parachute system is available now for $299. The normal price is $399

What do you think about ParaZero SafeAir parachute system? Let us know in the comments below.