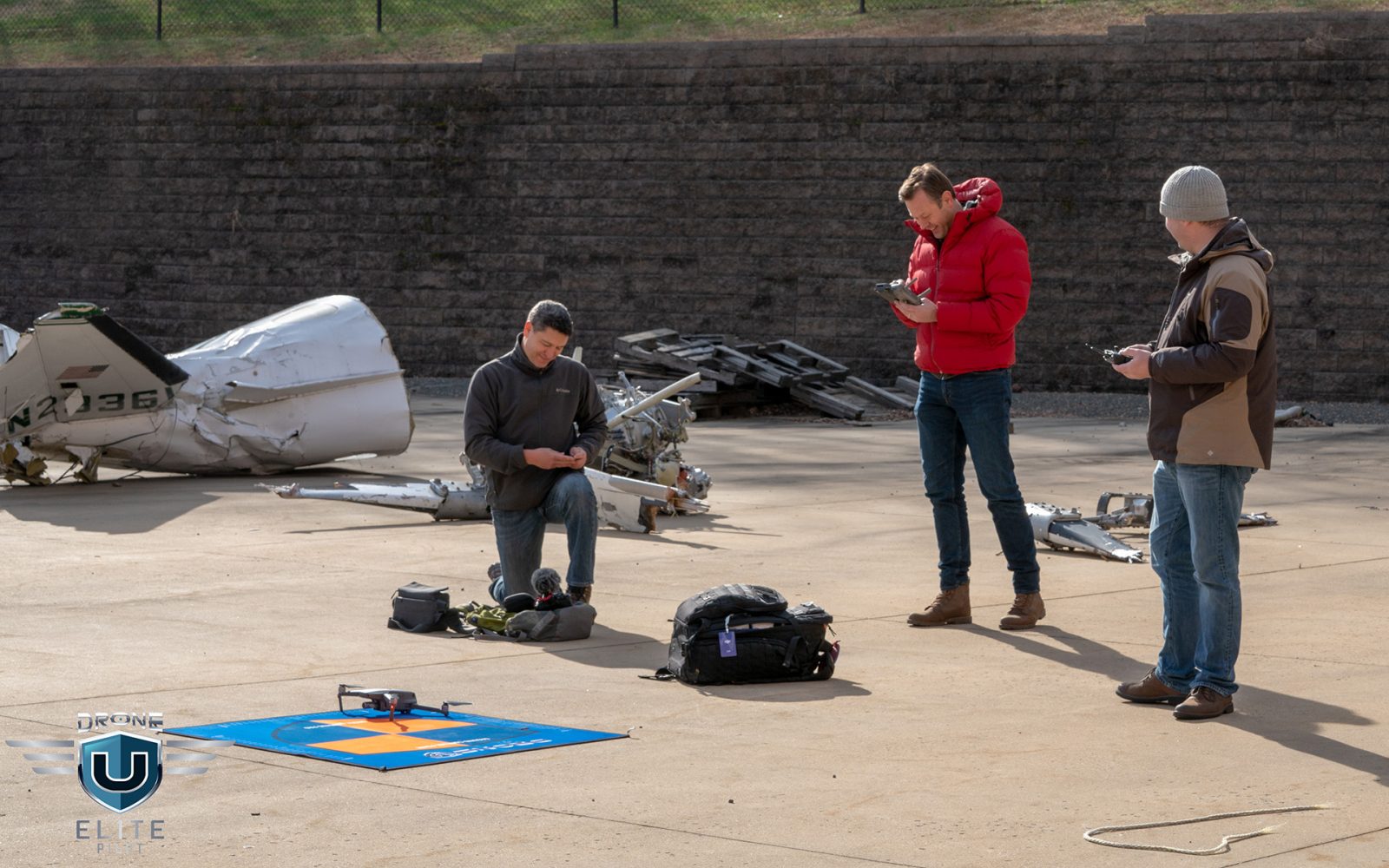 As DJI and drone mapping further disrupt the civil engineering, surveying and GIS fields, there seems to be a common debate amongst most drone mappers about the practical application of the Phantom 4 RTK replacing ground control points (GCP’s) and checkpoints.  With the evolution of the Phantom 4 RTK is there still a need for ground control points or checkpoints? Many argue there is no need for GCP’s and others argue that drone mappers always need a control. These questions have come up numerous times and even caused outright yelling matches at some recent conferences.

The question is, will the Phantom 4 Pro RTK replace GCP’s and checkpoints and the necessity for traditional survey equipment?

Here at Drone U, we have trained countless companies who are using drones for mapping and surveying, even precision surveying. We have a surveyor who believes that GCP’s are no longer needed, and we’ve worked with some other mappers who say “The technology is not there yet to remove GCP’s, although you cannot remove checkpoints.”

Our friends in Florida have completely removed GCP’s from their workflow but they haven’t removed checkpoints as they traditionally shoot known points with traditional GPS surveying equipment.

In recent weeks we have been mapping a lot of Ghost-Town-film-sets across the southwest for the purposes of film tourism, film scouting and overall education. (Here’s Netflix’s Godless Set)

Each time we have mapped one of these ghost towns, we’re typically 50+ miles away from an urban environment and typically out of cell phone service.

While not having cell phone service may be a blessing to most drone pilots as they can easily ignore the outside world, not having cellular service also indicates no network access to GPS corrections and “survey grade,” RTK measurements.

Without having access to cellular service or a corrections network, It is literally impossible to get real-time corrections for the RTK Phantom, leaving pilots with a large enough error to degrade the usability of the product.

For surveyors or anyone who works in GIS, a Phantom 4 RTK’s inability to connect to the network would NOT be a job-threatening problem. Why? Well, traditional surveyors would have a traditional surveying instrument that can shoot RTK points or be used as a static receiver to later post-process data and still have highly accurate georeferenced points.

Traditional RTK-GPS rovers offer an alternative because they can shoot “static” points on the GPS unit without a network (Cell or GPS) and post-process the data through a system like Trimble’s “Pathfinder,” and still have highly precise points.

Drone Pilots may not be able to afford a $25,000 RTK rover like Leica’s GS18 unit, so how will they have a backup to RTK corrections without a cellular or GPS network? The answer may lie in Propeller Aero’s “Aeropoints.”

So if a pilot has no cellular access, or if the pilot has no GPS network access (Like when the CORS network was shut down due to the government shutdown) how will the pilot get true RTK results when using the P4 RTK? The answer is: they won’t.

How can a pilot geo-rectify their maps correctly without an RTK stream? They can use one of two solutions, 1. PPK GPS solution that doesn’t need RTK stream or network connectivity (Like Aeropoints) 2. Use traditional surveying tool like GS18 or R10 and take static points to post process later

Here at Drone U, we are actually changing our comprehensive mapping trainings to include the use of PPK GPS,  like aeropoints, instead of our traditional RTK GPS equipment. Why? We have found more instances of no network availability in recent months. Our goal is to provide an education program that helps showcase the systems needed for practical mapping and not just an application workflow.   Drone U has landed on Aeropoints as being the economical and practical solution to highly accurate GPS for precision mapping.

This way students will have a practical, repeatable and scalable solution in the case of no network corrections.

For example, if i’m using the P4 RTK and I don’t have network connectivity, I can use the Aeropoints and still geo-rectify my map. Problem Solved. With enough aeropoints, I can still have 5 GCP’s (mapping standard minimum) and 2 checkpoints to allow for a control to cross-reference data.

While that may seem like a simple solution, other people are asking Why use the P4 RTK if acquiring a network signal is going to be unreliable?

Well that’s why some of our biggest drone mapping teams have decided not to use the RTK.

Instead, they have decided to fly with a Phantom 4 Pro (Advanced and Pro) and continue to use existing GPS technology with GCP’s to geo-rectify their maps. They’re also using checkpoints.

The reason I wanted to write this article is because one of our largest clients has completed switched over their entire drone surveying team to P4 RTK’s. This makes sense for that particular team because they’re in a low elevation environment, free of signal blocking mountains and have vast (free and public) network coverage for RTK corrections.

For everyone who is flying the RTK without GCP’s and without Checkpoints, I would ask you “How do you intend to verify your data?”