Xiaomi Fimi X8 – Can it compete with the DJI Mavic? 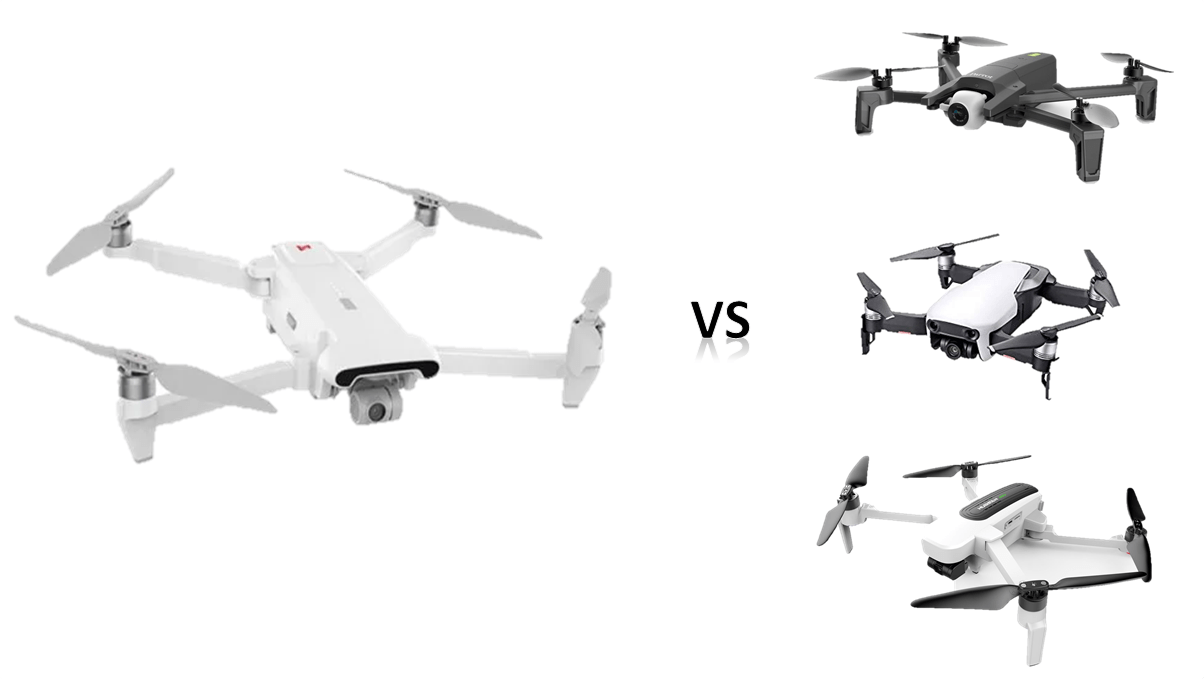 Xiaomi has been busy producing aerial photography drones that look to compete against some of DJI’s flagship drones. We have already taken a look at the Xiaomi Fimi A3, a $299 Spark competitor. Now we will take a closer look at the Xiaomi Fimi X8 SE. It is a foldable drone capable of shooting 4K footage for only $499. How does it stack up against DJI Mavic lineup? We will also look at how it compares to the Hubsan Zino and Parrot Anafi.

What is the Xiaomi Fimi X8?

The Xiaomi Fimi X8 is a foldable drone built to look a lot like a DJI Mavic. It is roughly the same size as the original Mavic. While Xiaomi wants to put this up directly against DJI’s flagship Mavic 2 models it specs out much closer to the Mavic Air. Both Mavic 2 models are more advanced and double the cost of the Fimi X8. The Mavic Air is much closer in terms of technology as well as price ($799). There are definitely some major differences you will want to note.

While there are a handful of tests out there on the Xiaomi Fimi X8 all have been early model prototypes. They have a handful of small glitches that should get sorted out with the full production models. The Fimi  X8 was scheduled to be released earlier this month but now should start shipping mid-April. Dustin Dunnill is probably the most knowledgeable reviewer on the X8 but Albert Kim and Andy RC have also done extensive testing. I’ll reference some of their testings and add some of my own knowledge as well.

The Fimi X8 boasts a flight time of 33 minutes. In real-world applications that really means somewhere between 25-30 minutes of actual flight. Dustin Dunnill pushed his Fimi X8 to 0% battery life to achieve 30 minutes of flight, but that is both dangerous and bad for your battery and future flight times. Albert Kim achieved 25 minutes while landing with 25% battery.  That definitely beats the Mavic Air’s 20 minute flight time. The Anafi boasts a 25 minute flight time and the Zino claims 23 minutes. This is one of the Xiaomi’s largest advantages over the other drones. 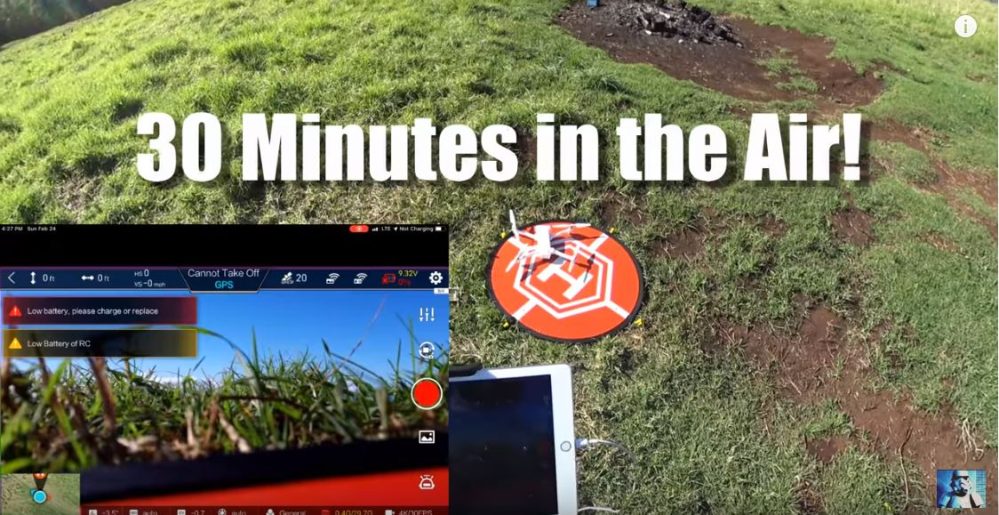 Arguably the most important part of the drone is the camera. The Xiaomi Fimi X8 camera is able to shoot 4K footage at 30 fps with a bit rate of 100 Mbps. It also capable of shooting F-log and DNG raw. The 12 MP camera has a Sony IMX378 1/2.3″ sensor. These specs are almost identical to those of the Mavic Air. Early models of the Fimi X8 seem to have a little extra blueish tint to their video, but Xiaomi claims to be working on a firmware update to take care of that.The flight modes, better camera, and user experience put the Mavic Air over the top, but again you’ll have to spend quite a bit more for it.

Comparing footage on YouTube can be a bit difficult but having done extensive work with the Mavic Air I would give it the slight edge. Hopefully, Xiaomi is able to improve upon the camera with future firmware updates. The Hubsan Zino camera falls short of expectations, but the Parrot Anafi camera is surprisingly good. The Anafi camera can move 180 degrees on its two-axis gimbal and allows for interesting angles and expert shots. It is even capable of lossless zoom. While it’s footage isn’t quite as crisp as that of the Mavic Air it is still pretty solid. 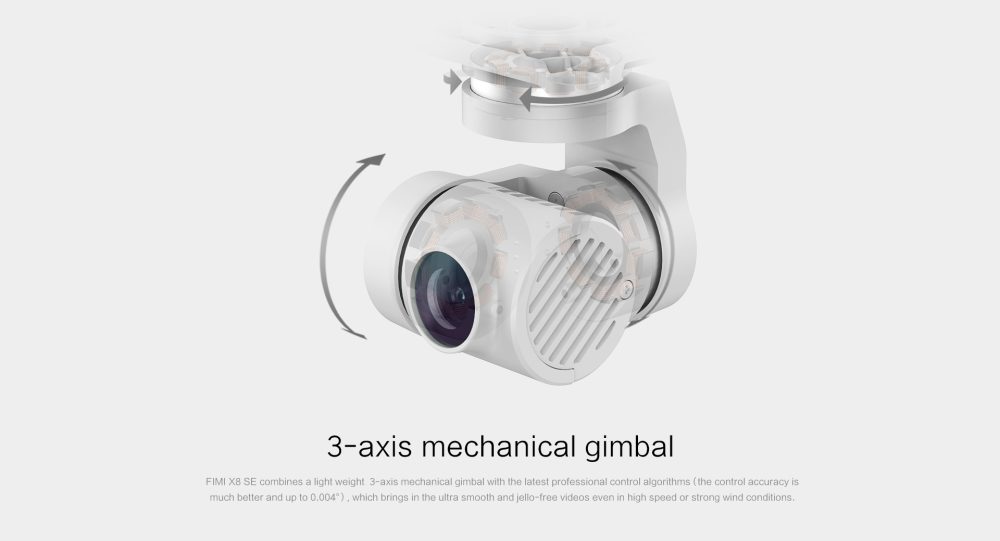 The Xiaomi boasts a range of 5000 meters and again Dustin Dunhill pushed his to 4800 before losing signal. Range tests are risky and aren’t something I would suggest. The range is more important in terms of the strength of the signal. Either way, the Fimi X8 has the Mavic Air and Parrot Anafi beat as their range tops out at 4000 meters. The Hubsan Zino maxes out at 2500 meters.

The Fimi X8 has a plethora of intelligent flight modes including hyperlapse, panoramas, image tracking, and waypoints. The X8 also has a handful of Cineshots including circle, rocket, dronie, and spiral. It is also capable of 3x digital zoom. However, the object tracking modes all seem to need some firmware update. The Mavic Air, Parrot Anafi and Hubsan Zino all have similar capabilities however those on the DJI Mavic Air are by far the most polished. The Mavic Air does exactly what you ask it to and the interface is user-friendly. I would rank the Parrot second, the Fimi third and the Hubsan a distant fourth. One feature that stands out on the Mavic Air that none of the others have is obstacle avoidance. While there is no substitute for flying safely obstacle avoidance is particularly important and useful when flying in automated modes. 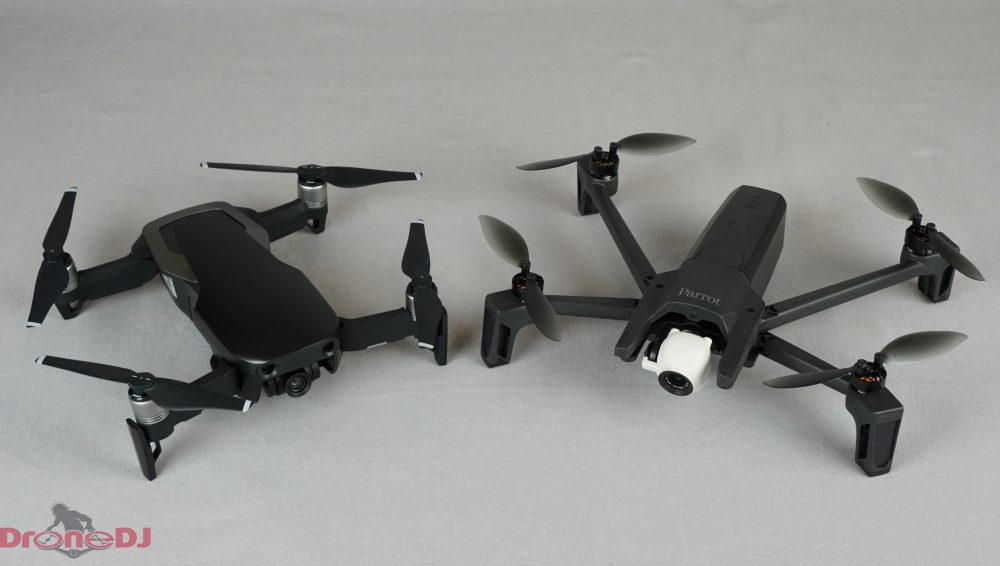 If size and portability are important it is good to remember that all of these drones do fold up and are fairly simple to bring along with you. However, it is good to note that the Xiaomi Fimi X8 ($499) is much larger than the Mavic Air( $799) and Parrot Anafi ($599). If size is important the Anafi is the smallest and lightest of the bunch. Followed by the Mavic Air then the Fimi then finally the Hubsan Zino ($399).

Obviously, the price is an important thing to consider. This again is an excellent selling point of the Xiaomi Fimi as only the Zino is less expensive. The Mavic Air is nearly twice as expensive. Don’t forget that you’ll likely want to purchase extra batteries and perhaps a carrying case to go with your drone and saving money is important. 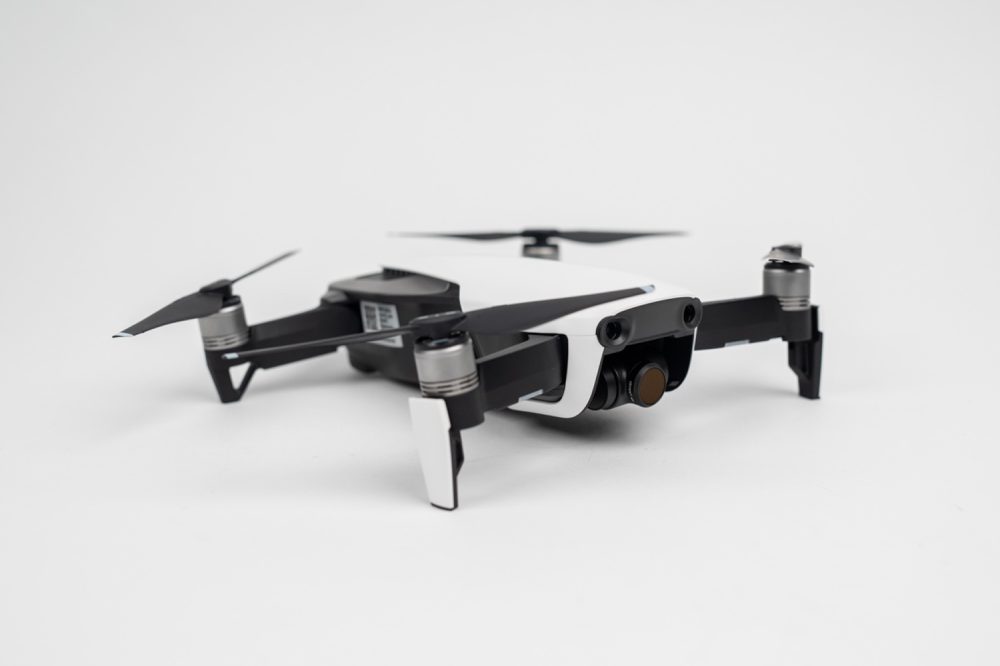 Is the Xiaomi Fimi X8 a better drone than the Mavic Air? No, I wouldn’t say so. The camera isn’t quite as nice, the modes aren’t nearly as polished but it does have some important things in its favor like a better range and a price tag that is $300 cheaper. The flight modes, better camera, and user experience put the Mavic Air over the top, but again you’ll have to spend quite a bit more for it. 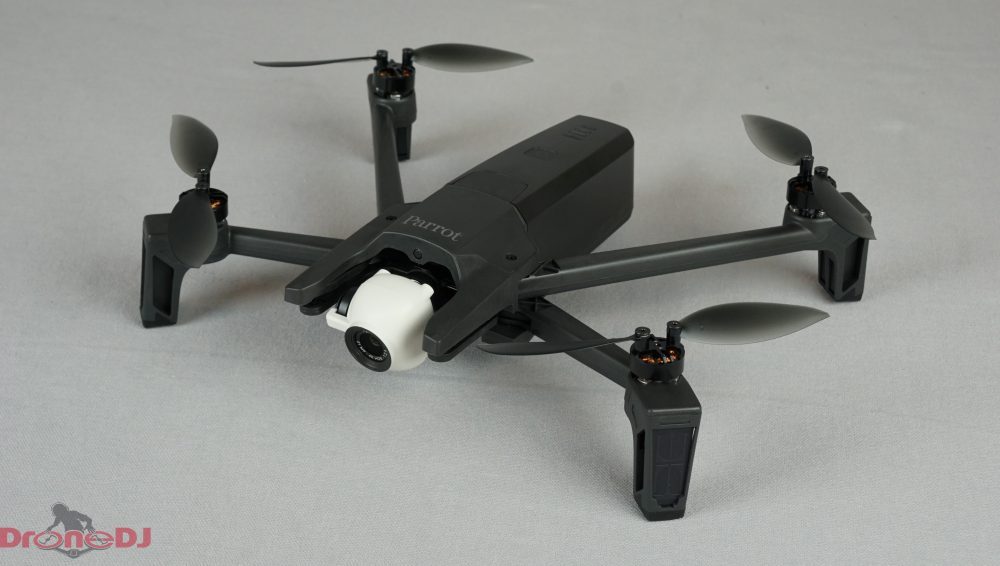 The Parrot Anafi is an excellent option with its zoom camera and unique gimbal. The flight modes work quite well and the user experience is very good. I’d give the Anafi the edge over the Xiaomi Fimi X8 but future improvements to the Fimi firmware should help it out. I’d give the edge to the Anafi, but the lower price of the Fimi makes it an intriguing option. 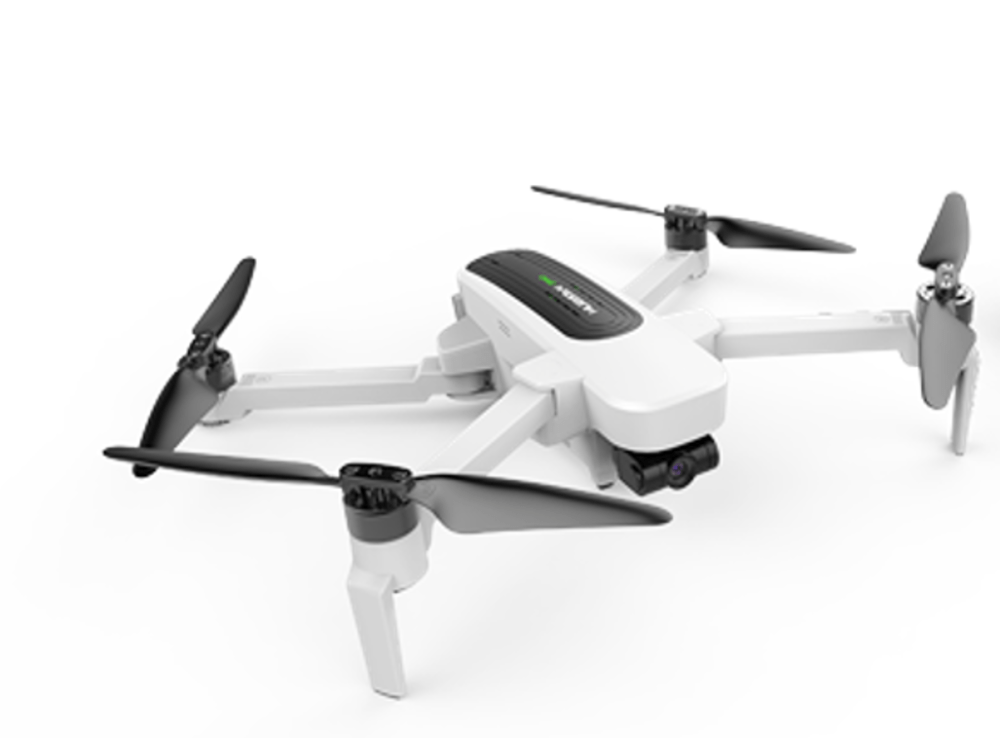 The Hubsan Zino is $100 cheaper but early reports aren’t super positive. The DJI Spark ($399) is a superior drone and if you have only $400 to spend that is the one you want. The Fimi X8 is definitely a better option compared to the Zino. Overall the Xiaomi Fimi X8 SE is a very good drone. While I personally don’t think it quite lives up to Mavic status that doesn’t mean it isn’t a very good drone. You’ll be hard pressed to find a better drone under $500. In the end, you’ll have to decide for yourself what quadcopter best suits your needs.