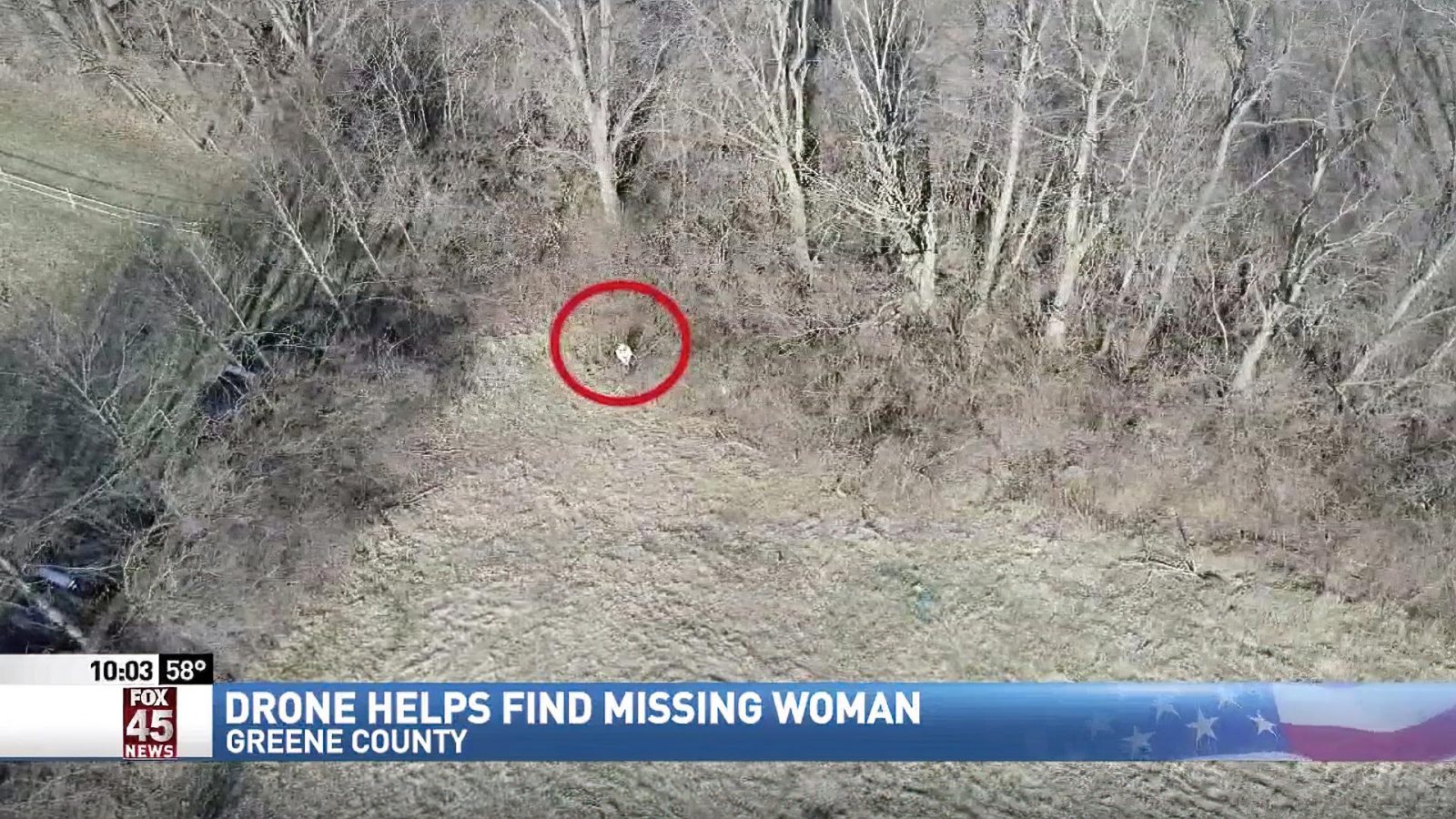 Xenia police of Greene County, Ohio released a drone video of the moment that a 90-year-old woman, who suffers from dementia was rescued. Her daughter, Beverly Brown, credits the drone for helping find her mother and bringing her home safely. The search for the woman took about one hour, but would have taken much longer without the help of the unmanned aircraft. The video shows a DJI Mavic 2 Enterprise Dual as the drone that likely was used during the search. The woman was found during daylight conditions. There is no mention if the use of the thermal camera aided in the search. The missing woman was brought back home safely.

Brown explains to Fox45Now the fearful moments when she realized her mother was missing last Tuesday.

“I checked the house, I found her purse in the garage without her billfold and her sunglasses, so I knew she’d gone somewhere.” she said

Knowing that her mother suffers from dementia, makes moments like these more terrifying. Brown says:

“You know you’re wracking your brain trying to think of what she could have done.”

Right after realizing her mother was missing, Brown called 911. The Green County Sheriff’s office jumped into action and started a search for the mother. As part of the search efforts, a drone, seemingly a DJI Mavic 2 Enterprise Dual, from the Xenia Police and Fire was brought in. 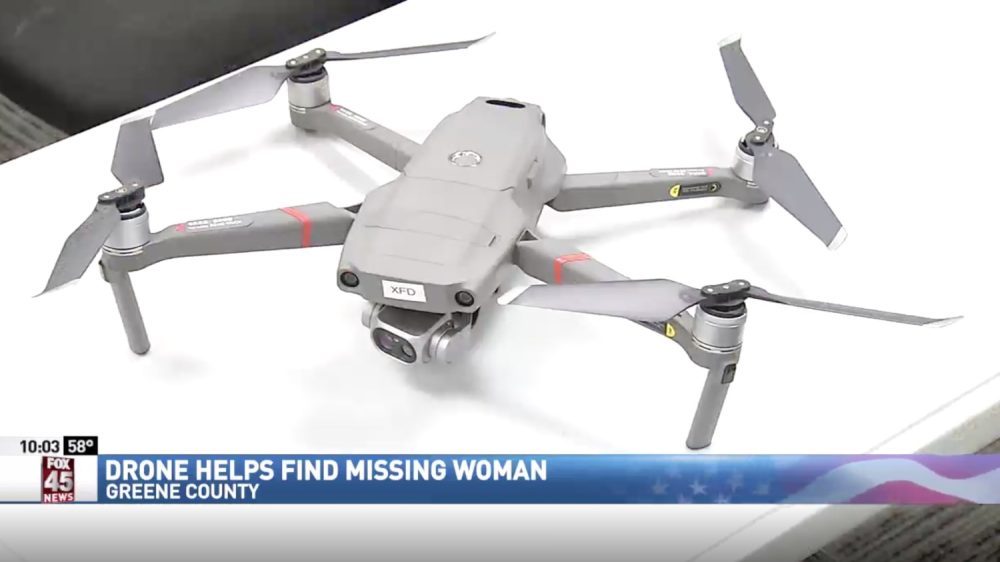 The drone footage, that you can see here, shows the moment when the mother was found. She was in an open field, tangled in brush and unable to move. Law enforcement is seen coming in to help.

“We wouldn’t have found her without that I don’t think,” Brown shares.

Matt Miller, a Xenia detective, whose own family is affected by dementia, said this successful search mission hits close to home for him and is proof of how valuable drone technology is. With the help of the drone, it took about an hour to find the 90-year-old woman. Brown said there is no telling how long it would have taken with the drone.

“If they hadn’t done that comprehensive and organized search I really think mom would have been out there all night, I really do.”

Brown expressed her gratitude towards all the people who helped in the search.

Although not confirmed, the video shows a DJI Mavic 2 Enterprise Dual, which was likely used in the search for the 90-year-old woman.

This is yet another example in which a drone was used for good and might have saved the mother’s life. Drones are becoming both more affordable and more capable at the same time. Obviously, the DJI Mavic 2 Enterprise Dual does not offer the same capabilities and resolution as the DJI M210 and Zenmuse XT2 would have provided, but the Dual is a lot more affordable and easier to bring along.

As more police and fire departments are embracing drone technology, more lives will be saved, which obviously is a very good thing.