XDynamics Evolve: Can this $2500 drone compete with DJI? 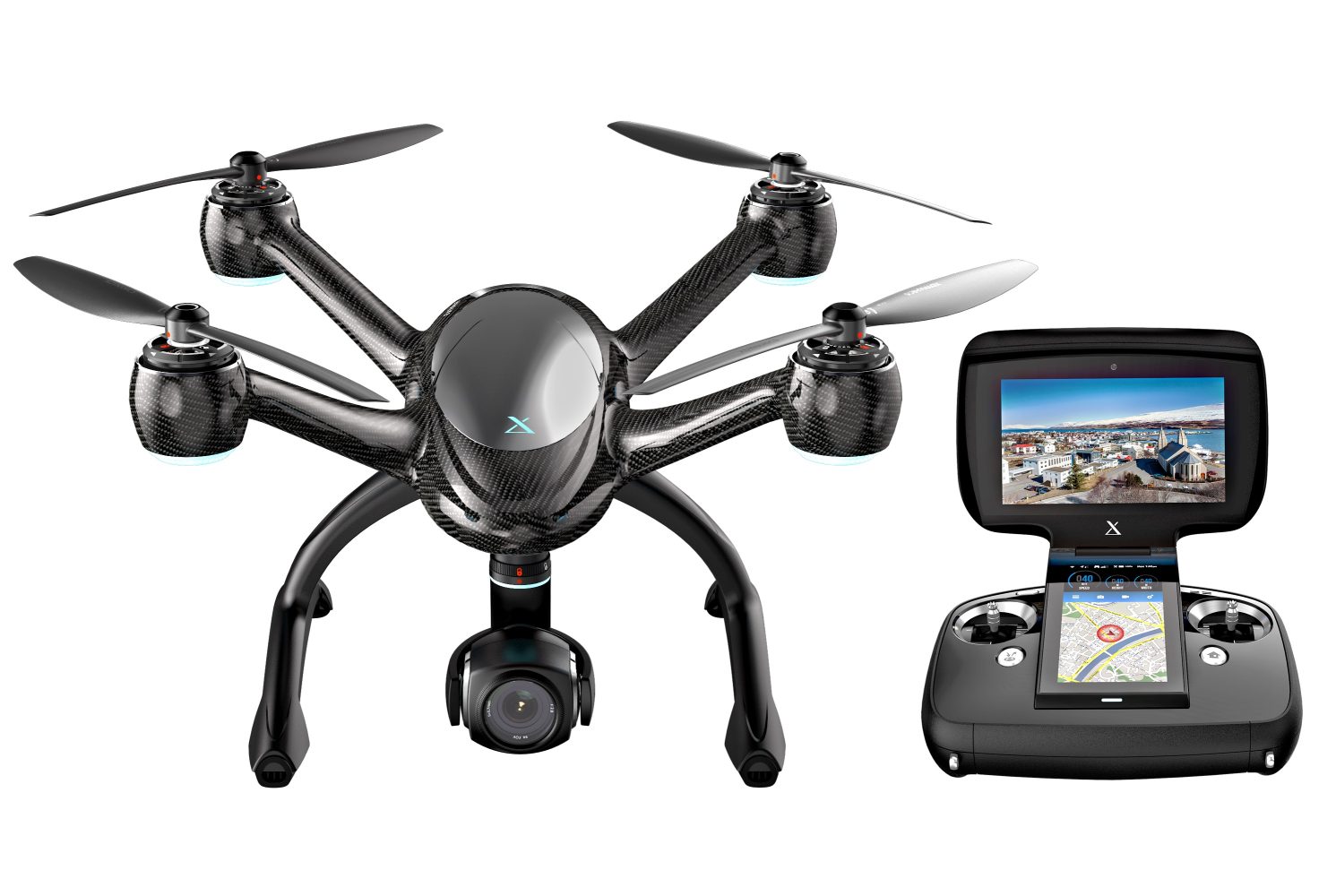 The XDynamics Evolve is an intriguing alternative to the DJI lineup of drones. Starting around $2500 it slots in between the $1500 Phantom 4 Pro and the $3000 base model Inspire 2. In fact, that is precisely the niche that the XDynamics Evolve is looking to fill. This carbon fiber drone looks awesome, but can it hold its own against two of the best drones that DJI has produced? Let’s take a closer look.

At first glance, the XDynamics Evolve is an impressive machine. It is a larger and heavier drone than the Phantom. Its black carbon fiber frame has a futuristic look and feel to it. It has large, powerful motors and giant propellers that give it an impressive top speed of 60 mph. The Evolve looks and feels like a high-end machine in every way. It was not built to be a foldable, on the go drone but rather a powerhouse capable of commercial applications. The Evolve in terms of price, size, and application does, in fact, belong in the same conversation as the Phantom 4 Pro and the Inspire 2. It is very much built to fill the void between the two drones. Currently the Evolve ships with a 4K camera capable of shooting video at 30 fps. It uses a fairly standard 1/2.3″ sensor. The camera hangs low on a three-axis gimbal that will stabilize video footage. The camera is solid but not an overwhelming piece of equipment. The thing that stands out with the XDynamics Evolve is that the camera is removable and interchangeable. Like the Inspire 2, you can swap the camera for other options that best suit your needs. XDynamics is developing a micro four-thirds camera as well as a thermal camera for the Evolve. The one-inch sensor of the Phantom 4 Pro is impressive but likely cannot compete with a Micro Four Thirds sensor. Also being able to swap a thermal camera on and off of your drone is a big deal. Yes, $2500 is expensive but not being tied down to one camera could be a game changer for some people. 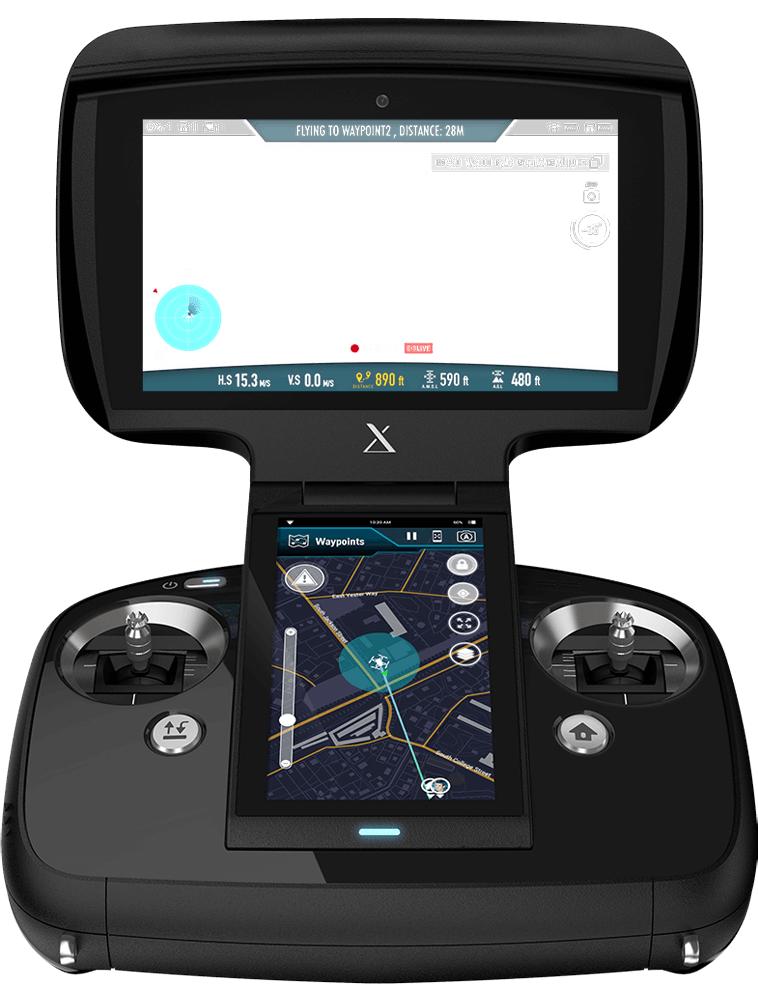 The remote controller for the XDynamics Evolve is a gargantuan piece of technology. It isn’t just a remote controller, but rather an entire ground station. It utilizes two color LCD screens and will transmit a full 1080p HD video image on one screen while providing important information and maps on the other. Not having to use your phone or tablet as a viewing screen is an excellent bonus. The ground station is basically its own computer running a quad-core processor and an Android operating system. The upper screen does fold up to protect the controller and make it easier to transport.

The XDynamics Evolve’s ground station controller with dual LCD screens is its most impressive extra. The Phantom 4 Pro controller with a built-in monitor will cost $750 or the Crystal Sky monitor will set you back about $470 to add to an existing remote. You will also get two batteries and a backpack with the Evolve. Phantom batteries will cost around $170 each and a good backpack can set you back $150-250. All of a sudden the $2500 price tag doesn’t seem quite as high. Yes, it is more expensive than a Phantom 4, but that is before you add a screen, batteries and a backpack. Decking out your Phantom will get you close to the Evolve’s $2500 price tag quickly. And while being only $500 cheaper may not seem like a lot that $3000 price tag on the Inspire doesn’t even include a camera. You’ll be more than double the price of the Evolve before it is all said and done with your Inspire 2. 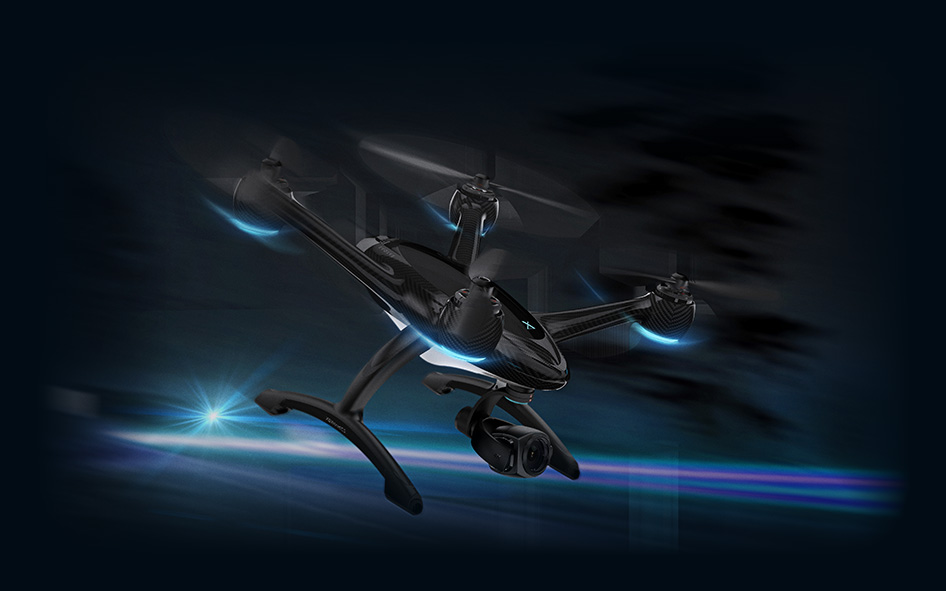 The Evolve is, of course, a GPS stabilized drone and has your typical intelligent flight modes. Because it is a newer product XDynamics is still updating the drone via firmware and adding and refining some of its features. One thing that is particularly noticeable is the 1000 meter live view distance. While the drone itself may have a longer range the FPV feed is limited to 1000 meters. That is significantly shorter than the Inspire and Phantom. Another big omission of the Evolve is the lack of obstacle avoidance. While it has plenty of sensors and systems to keep it stable it relies solely upon one the skills of the pilot to keep it from crashing into obstacles in flight.

The XDynamics most certainly fills a void for professional pilots looking to fly a drone that has swappable cameras. For a professional that flies mostly line of sight, this drone could certainly fit the bill. Its $2500 price tag is significantly higher than the $1500 Phantom 4 Pro but also much lower than the $3000 Inspire 2 that ships without a camera. For those that don’t think it is worth the extra money, I would recommend taking a look at the underrated Phantom 4 Advanced. The Phantom 4 Advanced has the same one-inch sensor and camera as the Phantom 4 Pro but will save pilots about $300 if they are willing to sacrifice side obstacle avoidance.