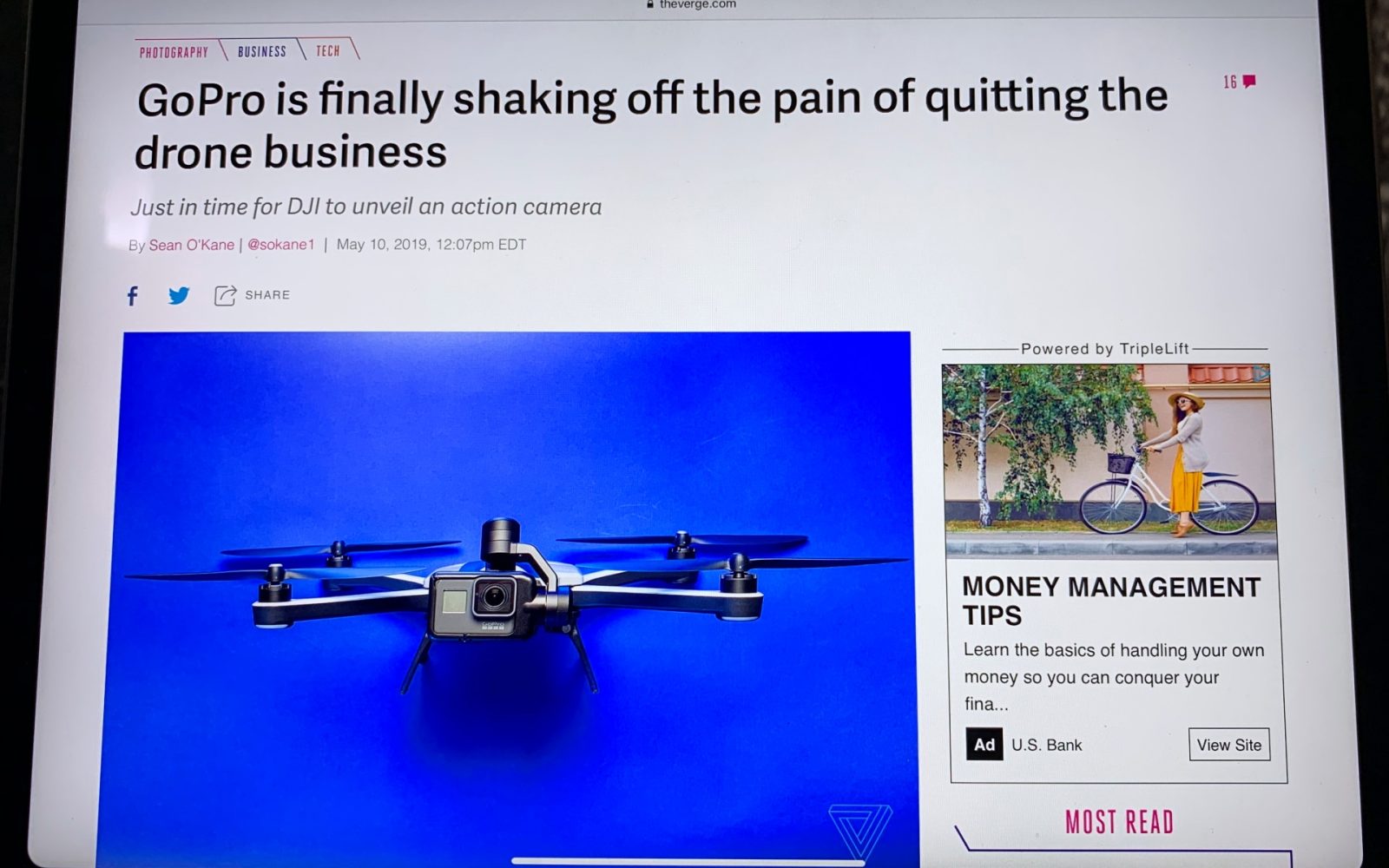 There is a lot of chatter online about the upcoming DJI event on May 15th. The lack of hype around the event almost certainly means it won’t be a new drone. The “Unleash Your Other Side” campaign features a beautiful bikini-clad woman suspended underwater and most sources believe that this new product will feature a waterproof camera. As the leaks pour in that seems to be confirmed as the Verge among others believe that the event will be highlighting the new DJI Osmo Action, a GoPro Hero style action camera.

Many sources point toward an Osmo Action Camera

While we can’t confirm that the DJI Osmo Action camera will be the main event on May 15th, there are plenty of sources out there that are pushing this idea. Many believe that the success of the Osmo Pocket will drive DJI to continue to push into this market. Here is what the Verge had to say about the leaks.

It’s good timing because here comes DJI. The Chinese company has been slowly dipping its toe into other categories beyond quadcopters over the last few years, starting with handheld camera stabilizers like the DJI Osmo and the new Osmo Pocket. But now it’s allegedly on the cusp of releasing a direct Hero 7 Black competitor called “Osmo Action.”

All we have so far are a few scattered leaks and rumors, but if there’s any truth to them, the Osmo Action looks like it will be a pound-for-pound alternative to the Hero 7 Black. Packaging from a retail leak shows the camera is likely going to be waterproof out of the box. Information on a Chinese site implies it will match GoPro’s flagship on most specs. It appears to have a front-facing selfie screen, which would be a clear differentiator.

The Osmo Action even appears to be the same shape and size of the Hero 7 Black, meaning it could fit on GoPro’s mounts. It’s a clever shortcut that would allow DJI to take advantage of the California company’s vast ecosystem of accessories without having to build out its own.

Also sites like Slashgear and others have multiple stories up 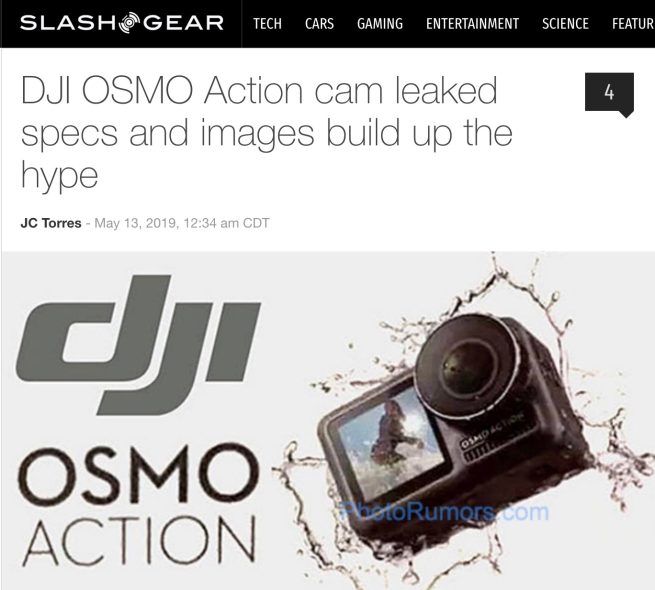 In fact it is all over the news and YouTube. Gizmodo, Pocket Lint and others already have their stories up. 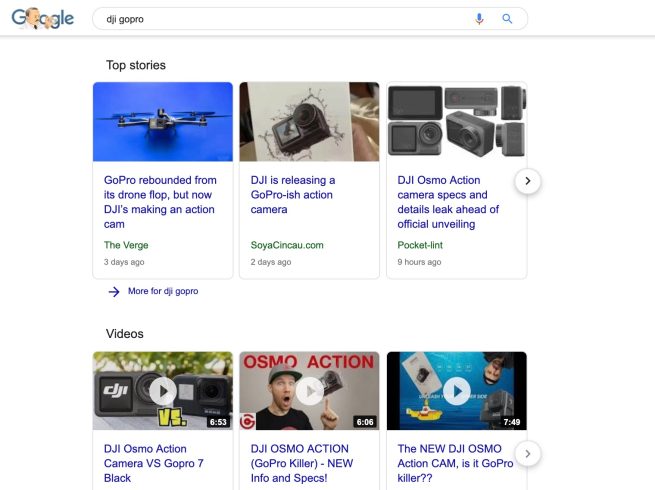 Time will tell if we get the DJI Osmo Action camera or something else. Could these leaks be intentional to throw us off? Whatever it will be you can guarantee we’ll have the details for you on May 15th, so check back soon.