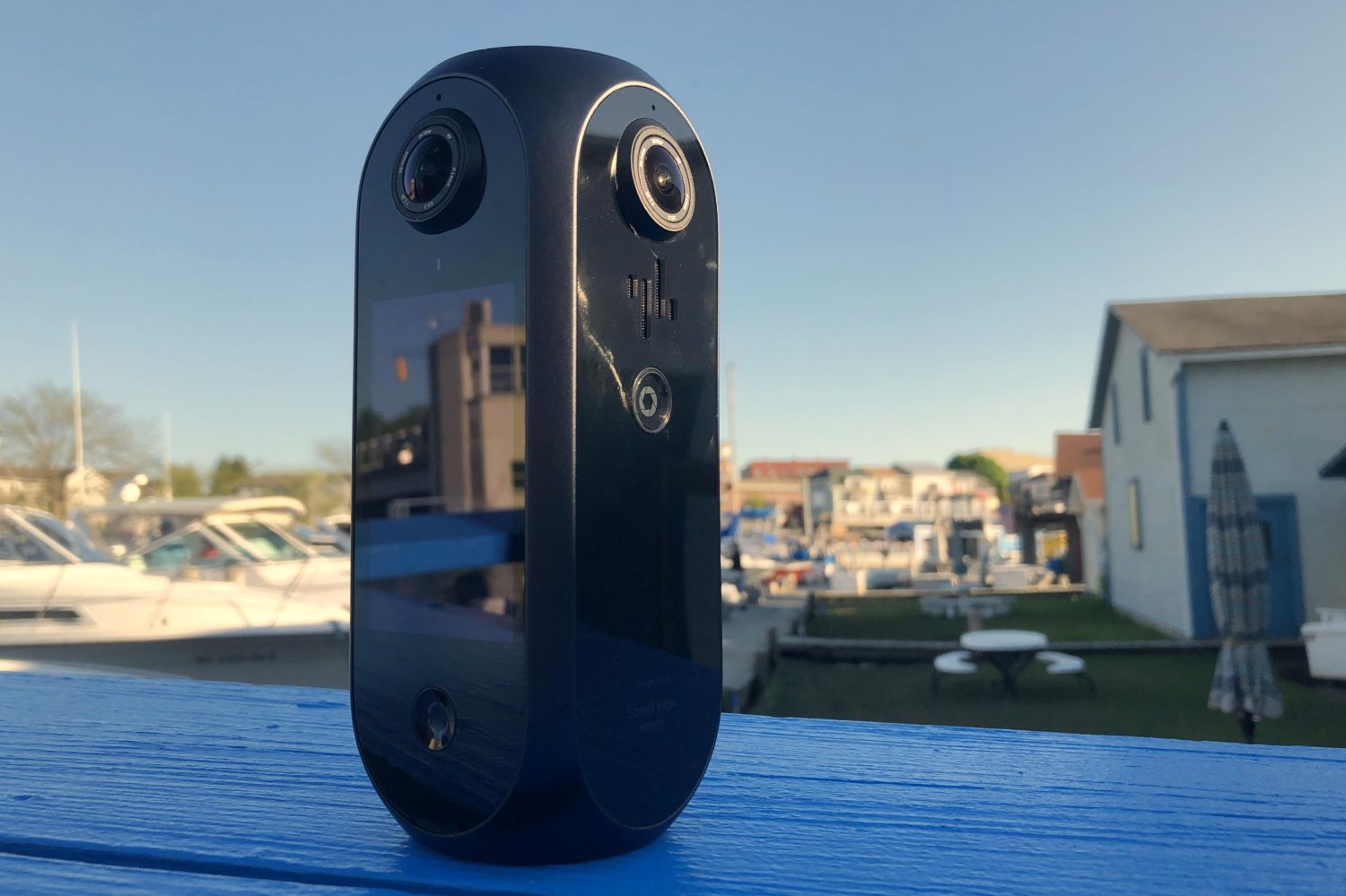 The Pilot Era from PiSoftTech promises to be one of the best high-end 360 cameras. I was intrigued enough to write a preview article a couple of weeks ago. Now I got my hands on one and so far I am impressed.

Here are my first impressions of the Pilot Era. Full disclosure, PiSoftTech sent me the camera for review before its official release. There are sure to be some important software updates coming.

I am always impressed when a startup comes out of nowhere with a compelling product. I’m even more impressed when that product is a well-polished technological marvel. So far, that’s what the Pilot Era seems to be.  Going beyond the impressive specifications, the Pilot is well built, beautiful to look at, and a breeze to use. In this preview post I will go over what’s in the box, the mechanics of this camera, and the user experience.

With the Pilot Era you get a handy carrying case, a charger, a base, and a lens wipe (of course). The base is really nice, it includes a tripod mount (the camera body does as well) and a screw to secure the base to the camera. The base also passes through the USB-C charging connection, has a RJ45 Ethernet connector for high-speed data transfer, and a SIM card slot. 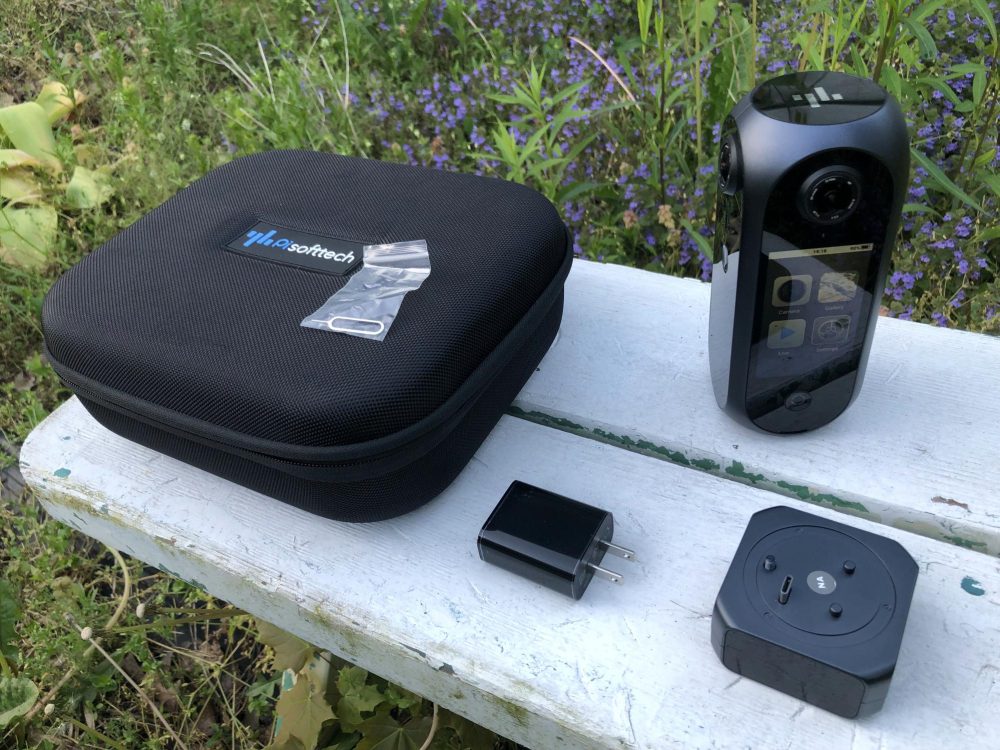 The camera also comes with a push-pin for ejecting the SIM card. A USB-C cable was not included, but maybe the will throw one in for sales units.

The Pilot Era is a 4-camera 360 camera. The most common form of 360 camera is the 2-camera design. Examples include the Insta360 ONE X, the GoPro Fusion, and the Rylo. The Pilot Era’s four-camera system is definitely a major improvement over the standard two-camera design. The two extra cameras both facilitate and justify the 8K recording capability. 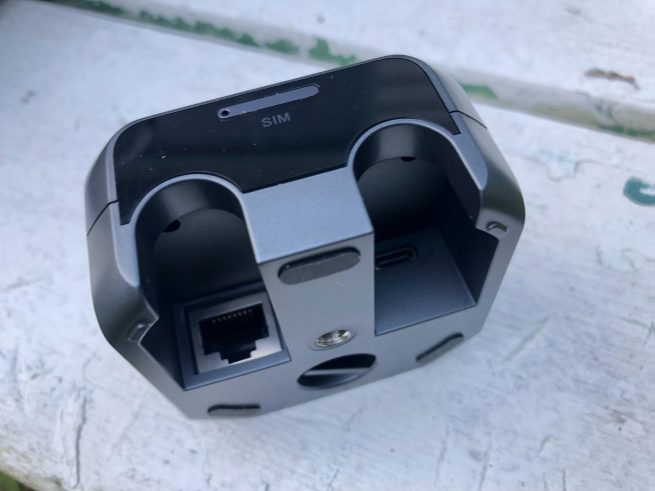 The base contains some important high-end features

The Pilot includes 4 microphones, one above each of the cameras. I haven’t tested it yet, but this should allow for directional audio recording. The camera also includes a sharp LCD screen, a power/home button, two shutter buttons, and two or three speakers.

So far I am very impressed with the user experience. Navigating the menus and accessing camera functions is generally very intuitive. There are 4 camera modes, photographs, and three video modes. The first video mode is “unstitched,” which allows for recording up to 8K at 24 fps. The name is a little misleading, as the camera will stitch the video given enough time. For live stitching, you use the second video mode which is limited to 4K at 24 fps or 8K at 7 fps.

The final video mode is Google Street View. You can access live video for Facebook, YouTube and more through a separate live streaming app. It will stream at up to 4K 24 fps.

So far I am blown away. The post-processed “optical flow” stitching is almost perfect. Unlike my 2-camera LG 360 Cam (now a seal at around $100), the pictures have very even exposure and almost flawless stitching. I can’t wait to get this camera up on my drone for some 360 videos. I’m on the fence on whether I try the Phantom 4 Pro or if I go for the Yuneec Typhoon H. The pictures here don’t quite do it justice since they are compressed for faster download time. 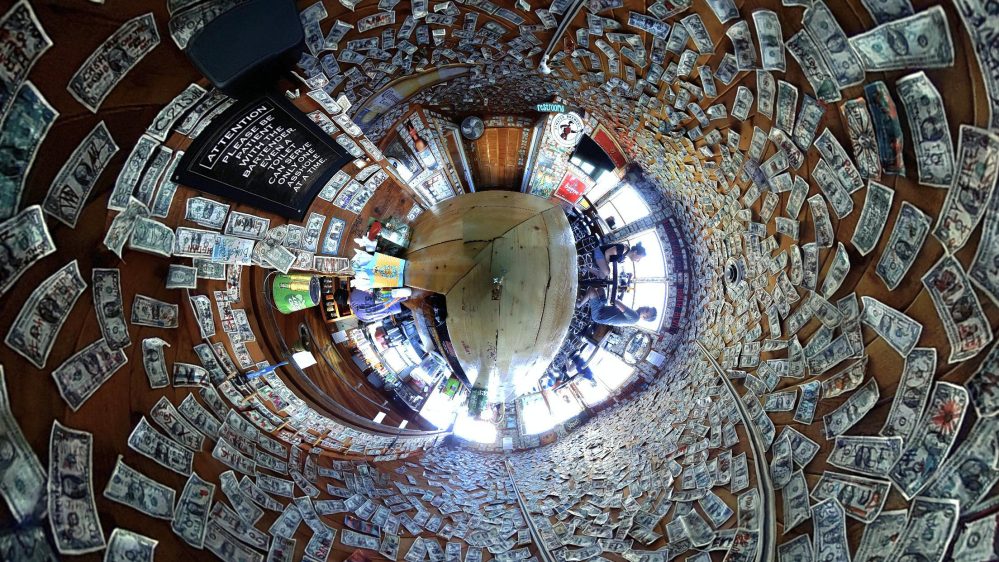 A shot from inside Captain Lou’s in South Haven Michigan. Edited to tiny planet on the iPhone using Insta360 Player. Compressed for the website. 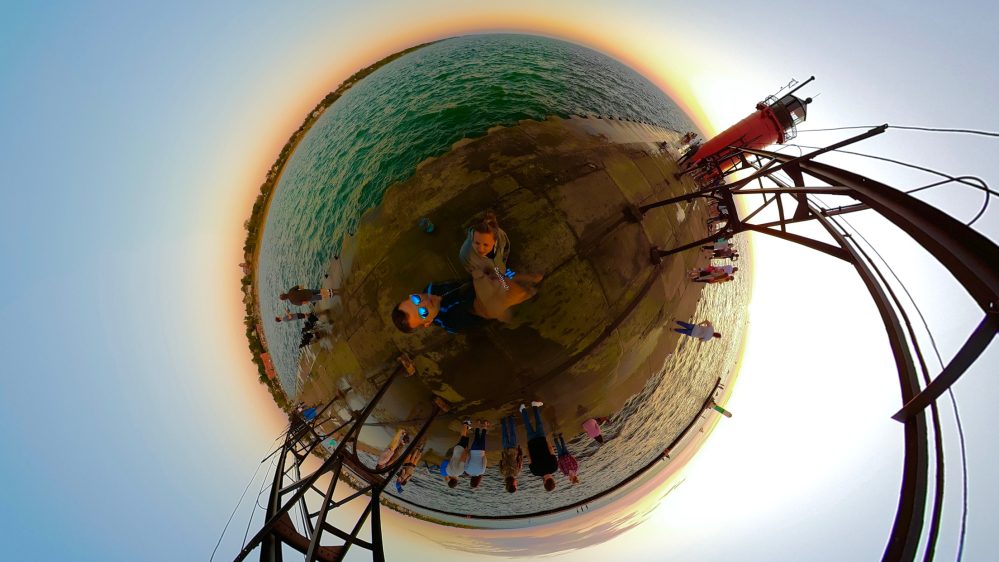 A sunset shot in South Haven Michigan. The exposure and edges stitch extremely well. Edited to tiny planet on the iPhone using Insta360 Player. Compressed for the website.