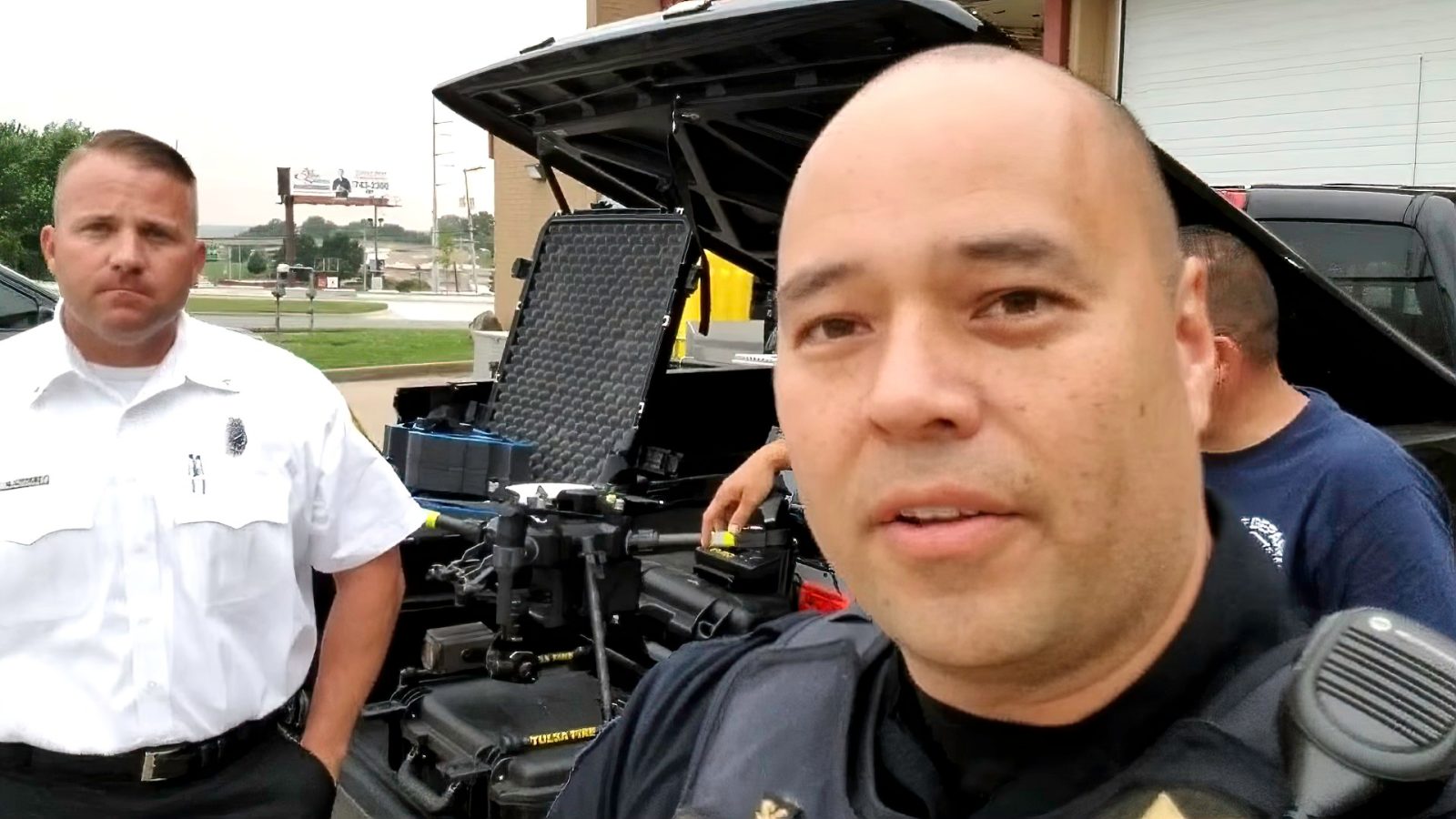 The Tulsa police department posted this warning video on Facebook in an effort to deter hobbyist drone pilots from hindering and endangering first aid and rescue operations in the flooded areas around Tulsa, Oklahoma. Various media also reported on drones getting in the way of rescue efforts in the flooded regions. The message is clear: fly within the Federal Aviation Administration (FAA) rules and please stay out of the way of rescue operations. And, always give way to manned aircraft.

Rescue operations in Tulsa, Oklahoma are hindered by hobbyist drone pilots who are trying to capture the flooding with their unmanned aircraft. In an effort to keep the skies safe and educate people, the Tulsa police department posted this video on Facebook, warning drone pilots to stay clear of rescue operations.

According to Tulsa Fire spokesman Andrew Little, 30 drones were flying illegally on Tuesday. Helicopter rescue operations cannot take place if drones are flying because there is a potential for a crash.

“So you’ve got a guy who is out here taking pictures for fun and then you have a group that’s out here trying to save lives,” Little said. “Which is more important?”

Tulsa police and fire departments are asking every hobbyist drone pilot to stay away from levees and the Arkansas River so first responders can get to them safely.

Because of the historic flooding that took place last Tuesday, all 77 counties in Oklahoma are under a state of emergency. At least six people have died as a result of the flooding, severe storms, tornadoes and straight-line winds that have hit Oklahoma.