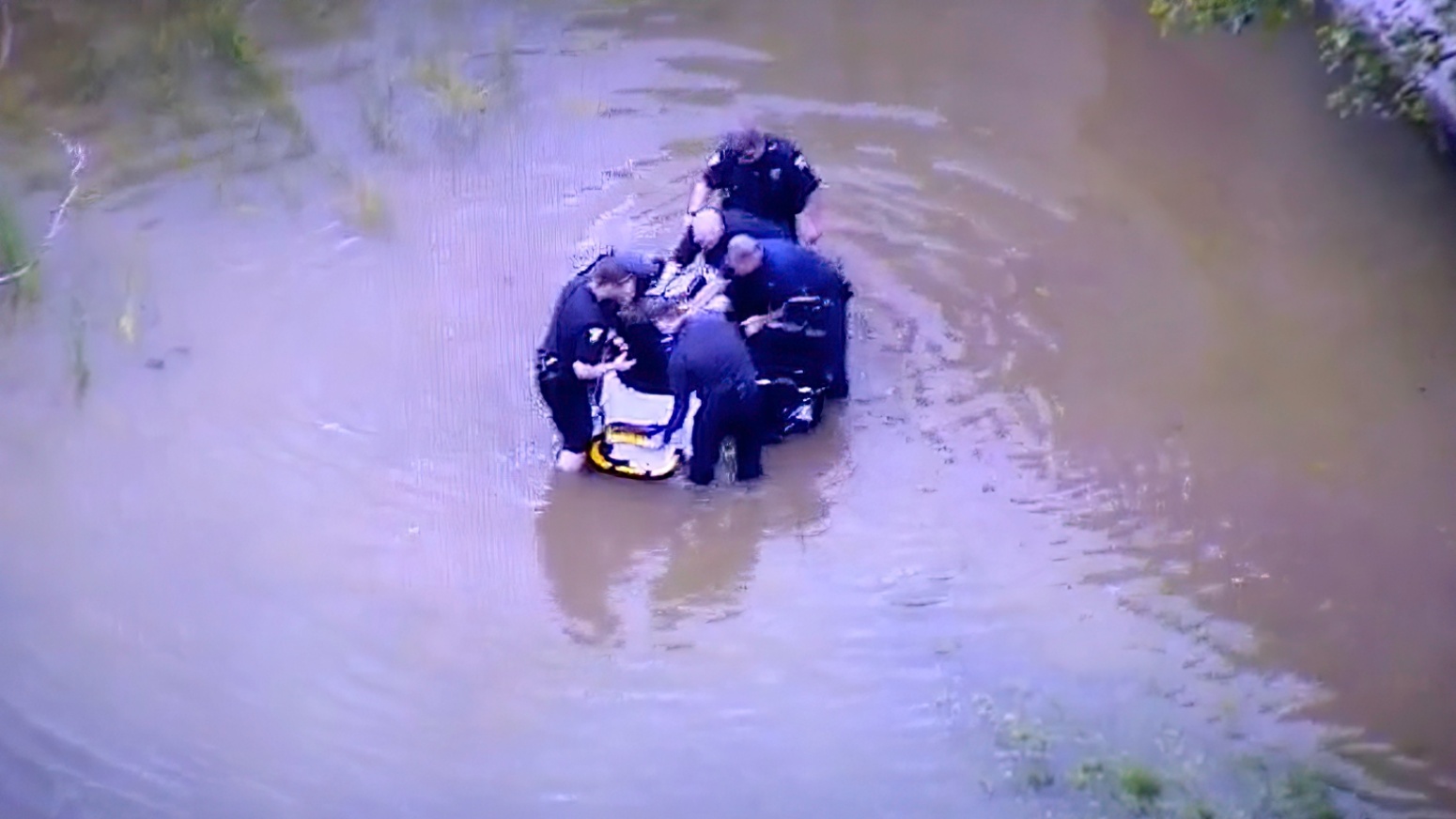 Drone records rescue of a man in a wheelchair stuck in rising floodwaters. After spending more than 24 hours stuck in his motorized wheelchair in rising floodwaters, the 73 year-old-man from Mansfield said that he prayed to be rescued. According to local police, his family reported Jefferson missing on Saturday. The man who suffers from dementia was last seen around noon. Drones are increasingly being used during rescue operations to either find missing persons or as in this case to assist in the rescue.

“When they found me I was sitting in my chair and it was floating around in that water,” explained Wendell Jefferson, sitting in his bed. “The water was up around my waist.”

According to FOX8 Cleveland, his family said that he often uses his motorized wheelchair to get around the neighborhood, but after he failed to return home after several hours, they began to worry.

“I can only imagine what he was going through, feeling helpless because he cannot get out and about, nobody coming to his aide and being out overnight,” said Mansfield Police Captain Doug Noblet.

The police said that apparently, Jefferson was pushed off the sidewalk and ended up in an area exposed to rising floodwaters. According to Jefferson, one of the wheels of his wheelchair got stuck in the mud and despite his cries for help, nobody heard him.

“Well, God, if you help me get out of this I’ll never do anything this stupid again,” said Jefferson, recalling how he kept alert.

After being stuck in the rising floodwaters for more than 24 hours, Jefferson’s grandson found him on Sunday around 3 pm.

“When we saw him he was sitting in his chair in the water; he was kinda of leaning to the side,” said Fashaun Fields. “We were kind of scared he might have tipped over.”

The Mansfield Police used a drone to capture Jefferson’s rescue. They also warned people to keep a close eye on family members and loved ones diagnosed with dementia.

“Oh, I don’t think he’s going to ride in that wheelchair no more,” said Jefferson’s wife, Venetia, with a laugh.