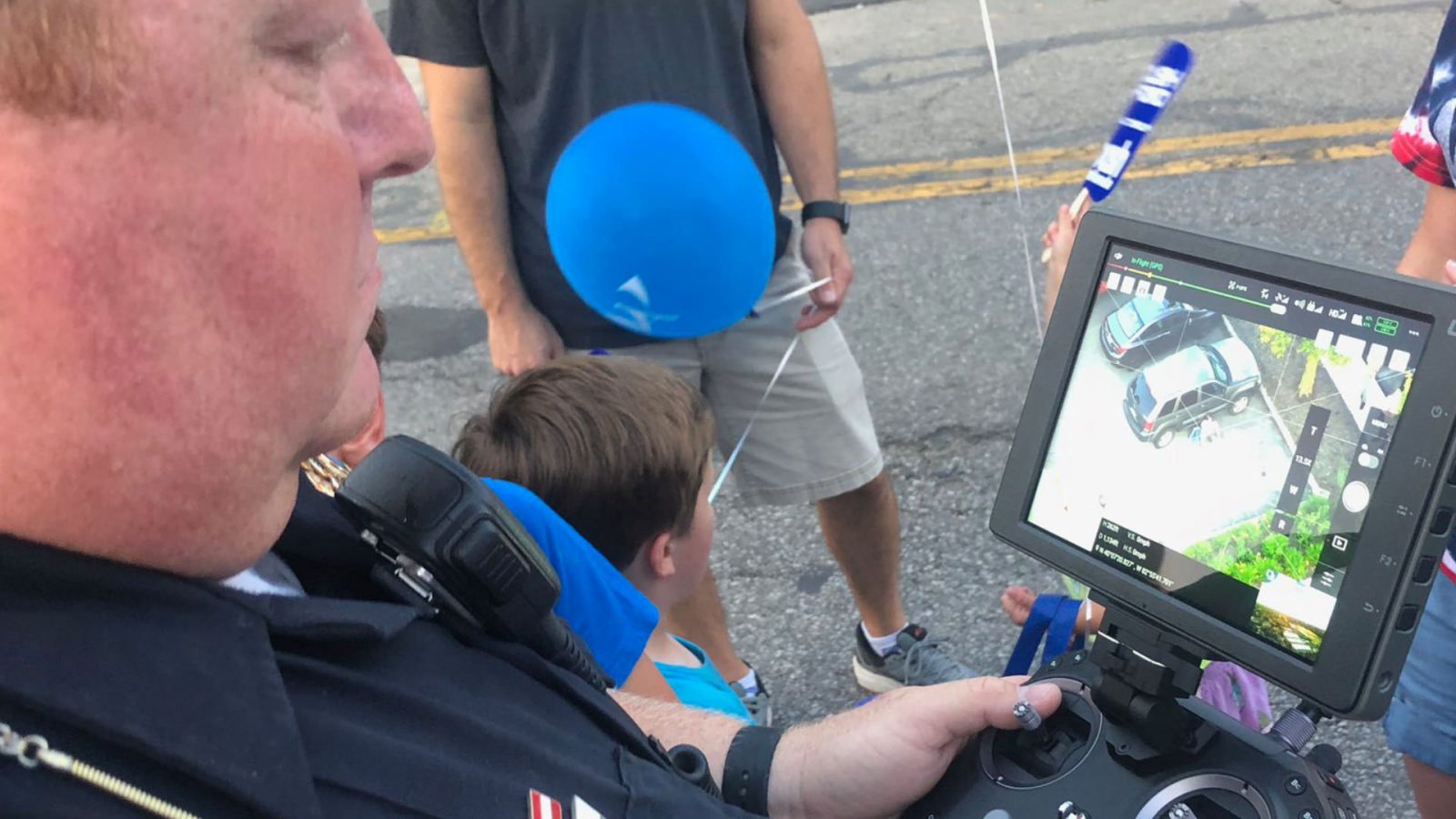 During a drone demonstration by local fire and police departments in Ohio, a demo flight turned into a real search and rescue operation when a father asked Fire Chief Brian Miller and Police Cpl. Justin Alloway to help locate his nine-year-old daughter. It all happened during the Fourth Friday event last week in Westerville when thousands of people crowd the streets of the Ohio town. Hannah, the missing girl, had walked ahead of her family and the father couldn’t find her anymore. Luckily, the DJI M210 drone located the girl within minutes and reunited the family. Drones for good!

“Bit of concern, you know about where his daughter was at,” said Miller according to ABC6. “There’s typically a few thousand people at our Fourth Friday event, so we were dealing with a pretty large crowd.”

Normally the search for a missing person would be done on the ground. However, in this situation, the Westerville Fire and Police decided to use their brand new drone. Within minutes they located the girl.

“We were able to find her in an approximately 5 to 10 minute timeframe,” said Cpl. Alloway. A search, he said, could have taken at least half an hour on foot.

The father, Tim, said that the first responders offered to help right away.

“Sure enough there she was just sitting by the car,” said Tim.

He added that it was “awesome” to see his daughter pop up on the screen of the remote controller. While the father walked to meet up with his daughter the drone kept an eye overhead. Westerville Fire and Police had been working on adding a drone to their arsenal of tools for the last two years. They have had the DJI M210 operational only for about the last month or so, as reported WBNS.

“This is just another tool in our toolbox to help in those types of scenarios, keeping our community safe and bringing families back together,” said Chief Miller.

The Westerville drone program which included not only the purchase of the drone but also the training of the drone pilots ran about $34,000 and was funded by both the police and fire budgets.

Cpl. Alloway said: “I can tell you on Friday night when we saw dad with his daughter again, it was worth every penny we spent on this.”

According to the father, the best moment of the night was when he was able to hug his daughter again and the family was reunited. He said that the family does have a safety plan in place for situations like these. The nine-year-old girl did the right thing according to the police by going to a place she knew the family would gather. The father who had two more children with him, did not want to move far from where he had last seen his daughter. Instead of looking around for her, he asked the local police for help.

Westerville Police and Fire were able to put our drone to use on Fourth Friday. A little girl was separated from her parents and we were able to locate her using our drone in just minutes. We used the drone to keep an eye on her until she was safely reunited with her parents. pic.twitter.com/SGyENDUEuA