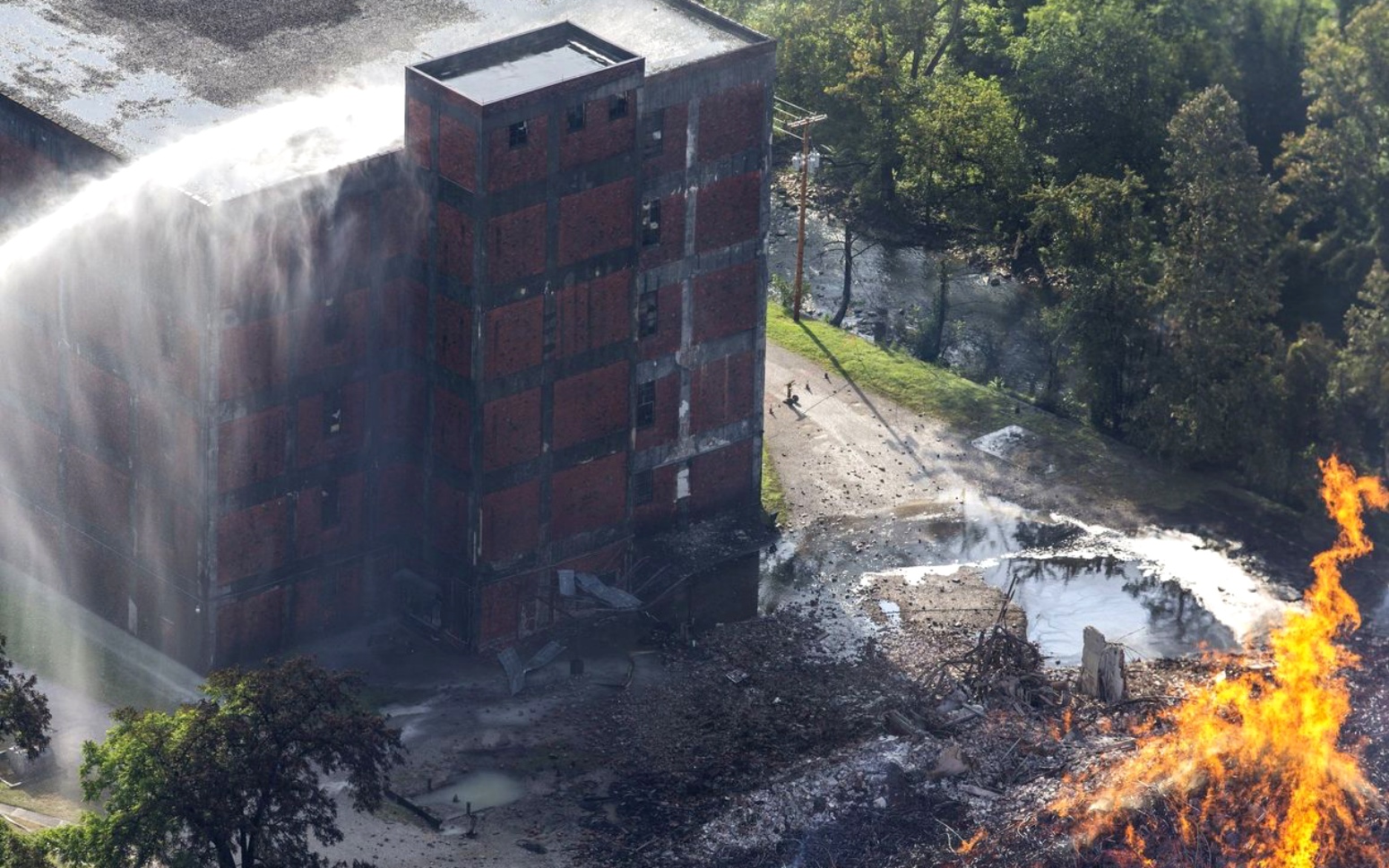 A drone video shows the partially burning remains of what used to be a Jim Beam warehouse filled with 45,000 barrels of bourbon at its distillery in Woodford County, Kentucky. The massive fire occurred on Wednesday. It was so hot that it melted the lights on the fire trucks, first responders said.

“It melted lights off some of the firetrucks, it got so hot,” Woodford County emergency management director Drew Chandler said.

The fire started late Tuesday night due to a possible lightning strike. However, Chandler said that the fire investigators haven’t been able to start looking for the cause of the fire yet.

The fire has been contained and no injuries were reported, according to the Wall Street Journal [paywall].

The firefighters decided to let the warehouse burn to get rid of more of the distilled spirits and prevent them from leaking into a nearby drinking-water tributary. However, some runoff did enter the nearby creek and made its way into the Kentucky River.

“Given the age of the lost whiskey, this fire will not impact the availability of Jim Beam for consumers,” the spirits company said in a statement.

The fire continues to burn. pic.twitter.com/Wn9Y2yluNQ

Buy your next drone directly from manufacturers, such as DJI, Parrot, Yuneec, or retailers like Amazon, B&H, BestBuy, or eBay. By using our links, we will make a small commission, but it will not cost you anything extra. Thank you for helping DroneDJ grow!