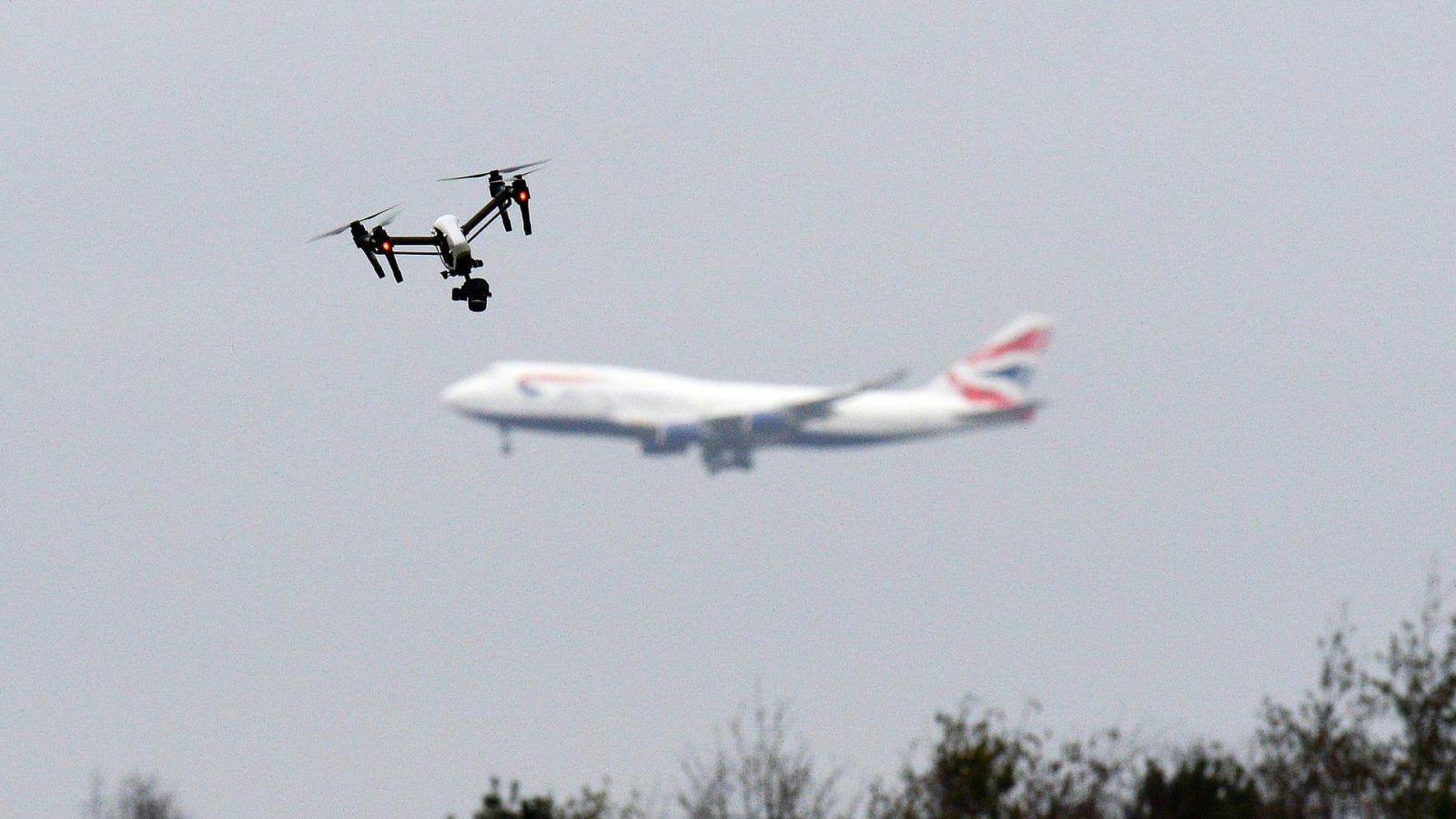 Most off-the-shelf drones come with geo-fencing which would prevent them from flying near airports, the BBC reports. This is indeed true for DJI drones which represent 70-80% of all drones sold commercially.

“The drone simply won’t take off if it is in a restricted location,” said Simon Dale, from Airprox Reality Check. “It is therefore extremely unlikely that a drone was operating in proximity to East Midlands Airport.”

According to Mr. Dale, the sighting could have been a bird, a party balloon, a Chinese lantern or a manned aircraft in the distance.

Former RAF pilot, Sion Roberts, who trains people to fly drones reportedly said that geo-fencing was ‘easily hackable’ and that it ‘doesn’t take a rocket scientist’ to do so. He agreed, however, that the drone sighting might have been a bird. “It could have been anything,” he said.

“There are even stories of plastic bags floating around in the air and they’ve been called drones. I tried to look into it to see who made the report because if it was a pilot coming in to land when he’s busy and sees something going past the cockpit, it could have been a bird or something like that. The airport was only shut for an hour so they obviously discounted it quite quickly.”

Very few details have been made available about the East Midlands Airport drone sighting. In a statement on Wednesday, the airport said: “A drone sighting at East Midland Airport this morning is currently subject to an ongoing Leicestershire Police investigation.”

“The airport closed briefly between the hours of 8am and 9am. Impact on flights has been minimal.”

Mr. Dale founded Airprox Reality Check to scrutinize reports of drone incidents or drone sightings. He pointed out that many other reported “drone sightings” have turned out to be incorrect. For instance, the suspected drone that hit a British Airways plane could have been a plastic bag.

“We are yet to see a confirmed drone sighting. We saw a drone described as ‘red, spherical and about football sized’ in a report before. Clearly that was a party balloon. With constant, incorrect, media reports of drone sightings pilots are expecting to see drones, and confirmation bias comes into play.”