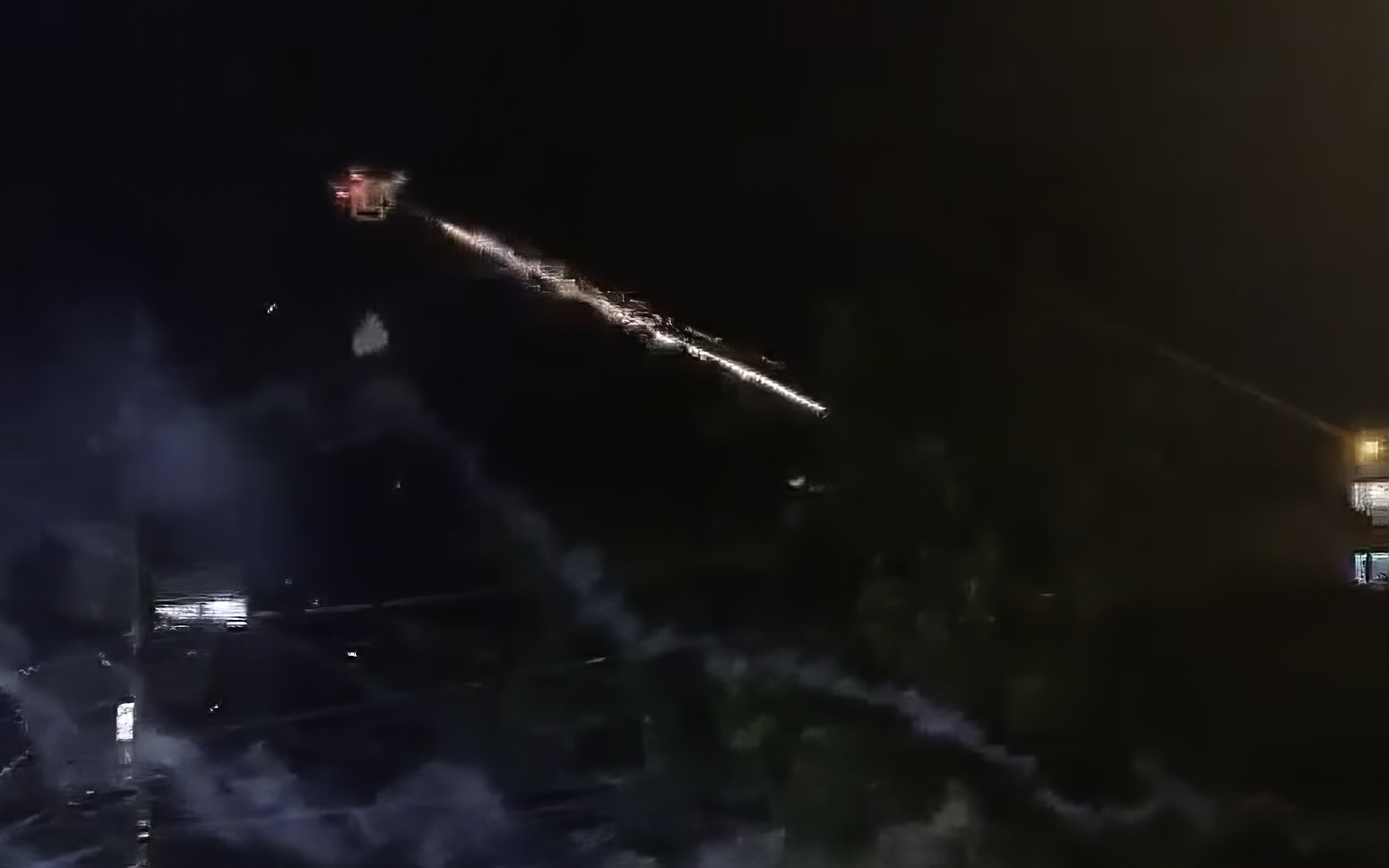 Over the last few days, you will have likely seen this viral video of what appears to be a DJI Phantom drone shooting fireworks at people. The original story said that it was somebody who got angry at his neighbor for having a loud party and thus strapped fireworks to his drone and started shooting at them. Now, however, it turns out that the video almost certainly was a hoax organized by a well-known Brazilian Instagram influencer, local Brazilian newspapers report.

Local Brazilian newspapers report that the video was first posted on Instagram on Sunday by Brazilian Instagrammer Lucas Albert, who has a following of 2 million people. As we have witnessed, the video was shared widely over social media networks, including Facebook, and quickly went viral.

The video was initially shared as a story of somebody being angry with their neighbor for organizing a loud party. In an act of revenge, the pilot then flew his DJI Phantom drone up in the air after having strapped fireworks to it and started shooting fireworks at people.

Now, however, local newspapers report that the video is almost certainly a hoax. Translated from Portuguese, the caption of the video reads:

My friends did a barbecue on the street and they did not invite me look at what I did with them.

According to 10Daily, one of the local newspapers said:

Lucas’s press office told Extra News that the video was nothing more than a joke among friends.

Another newspaper, Jornal de Brasilia, reported: “The owner of the joke is a famous Instagram influencer.” On Tuesday, Albert himself posted on Instagram messages saying, “It was fake news,” and another saying, “They’re just jokes with my friends.”

By the way, this is not the first time we have seen fireworks strapped to a drone. Check out this video.