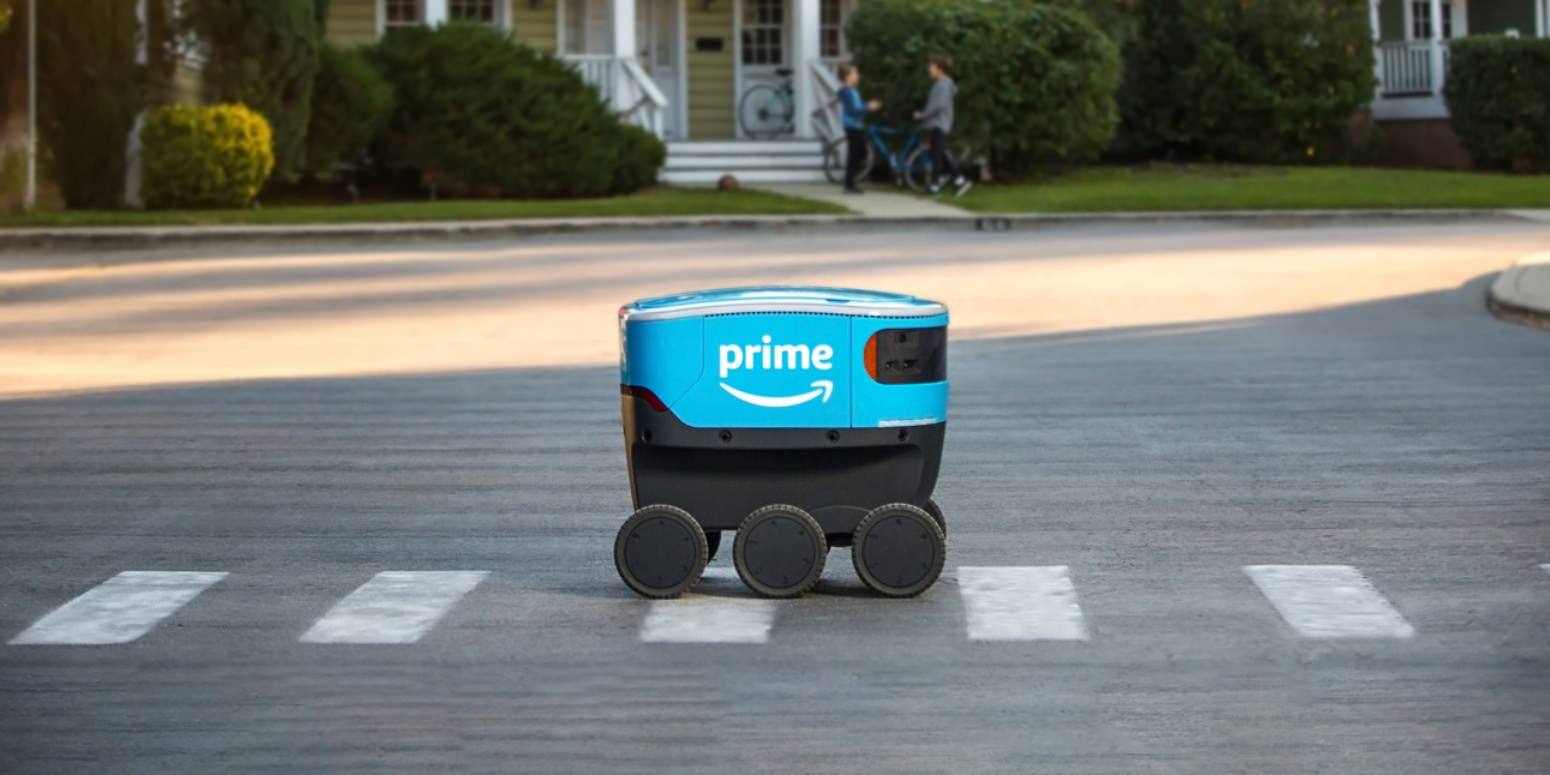 When you think about Amazon

and drones, you would typically think about the e-tailer’s ambitions to use unmanned aircraft to make deliveries to customers around the country. However, not all drones from Amazon fly. Meet the Amazon Scout, the six-wheeled, ground-based delivery robot that is showing up at a small number of homes in Irvine, California.

Over the last couple of months, the company has been testing the Amazon Scout close to the company’s head offices in Seattle. Now, after testing in a wide range of weather conditions,  Amazon has started to make deliveries with the Amazon Scout in sunny Irvine, California.

In a blog post, Sean Scott, vice president of Amazon Scout, explains that they started to deploy a small number of robots to make deliveries to customers’ houses. The deliveries will take place “during daylight hours,” Monday through Friday. Amazon

will send them on random deliveries regardless of the delivery option selected by the customer.

The Amazon Scout delivery robot will be accompanied by an Amazon Scout Ambassador to answer questions, and also to observe and study the robot. The end goal is obviously that these robots complete the delivery on their own, but in the early stages of this project, some human guidance is probably a good idea.

“We’re constantly thinking through how our Scout devices will integrate into the neighborhood and delight customers,” says Scott. “It’s the reason we developed Scout from the ground up with safety and convenience in mind. From the design of the robotic hardware to the development of the back-end tech that operates the device.”

Although we at DroneDJ are mostly interested in flying robots or drones, it’s good to keep an eye on Amazon

and see what they’re working on. What do you think about the Amazon Scout? Would you mind having these zigzagging through your neighborhood? Let us know in the comments below.