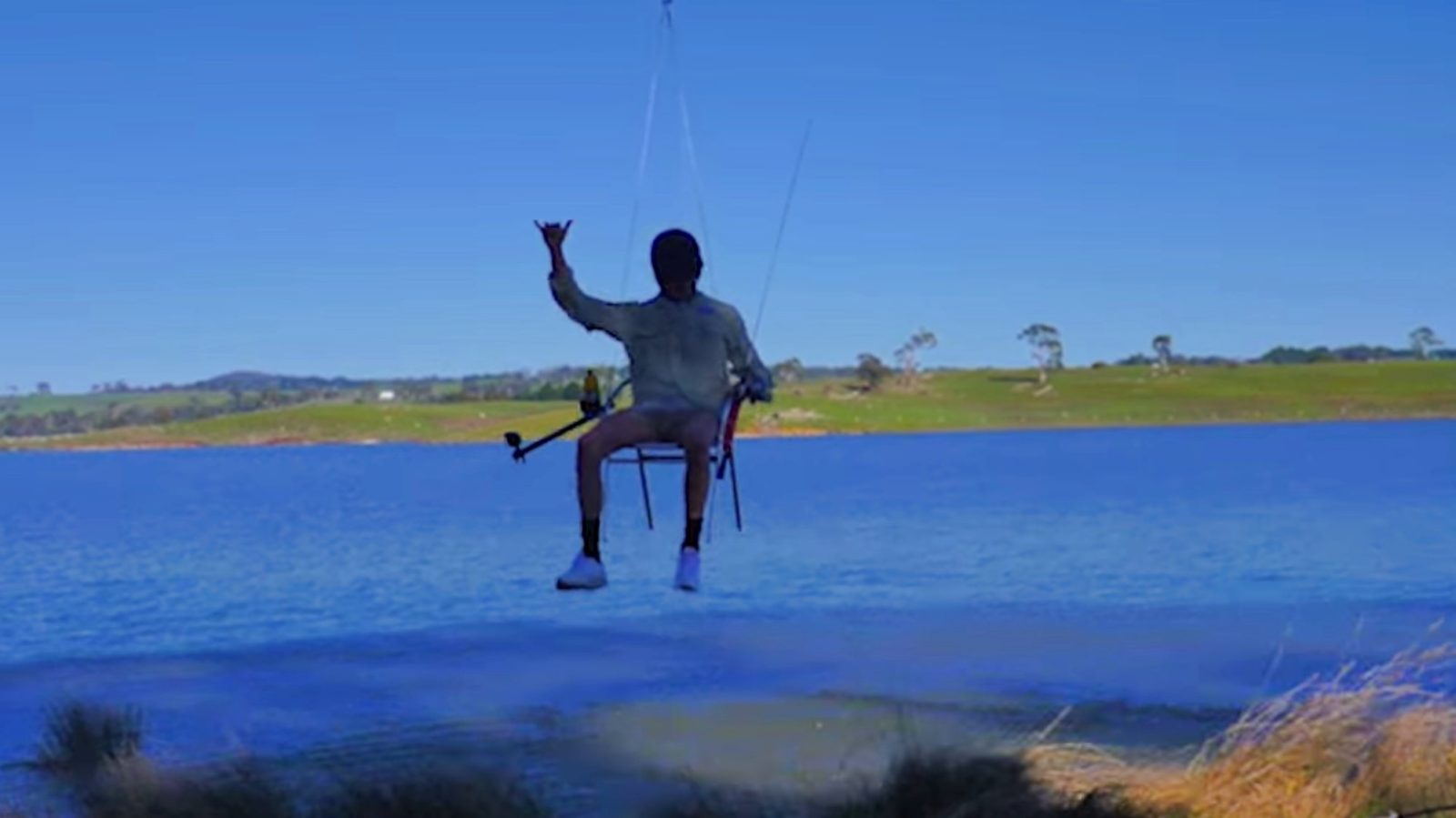 An Aussie man takes drone fishing to new highs. As you can see in this video that was posted on Facebook recently, a group of people has put together a sizeable drone capable of lifting a person sitting in a chair.

The Aussie man, who’s identified in the video as Sam Foreman, is lifted up by the drone over the Upper Coliban Reservoir in central Victoria state. He then casts his line and apparently even catches a fish, all while having a bottle of Victoria Bitter at the ready. Drone flying, hanging out over the water, fishing, and enjoying a beer. It all sounds like a pretty sweet combination!

The footage was uploaded to Facebook by a drone reseller based in Brisbane called UAV Me. It is not clear at this point in time whether Foreman has broken any rules, but the Australian Civil Aviation Safety Authority (CASA) is investigating the footage. CASA spokesperson Peter Gibson told Aussie news channel ABC:

It’s really not a sensible thing to do in any way, shape, or form. There’s lots of things that could have gone wrong, someone could have been seriously injured. It’ll take some time for us to gather the information, analyze all that, [and] determine what the appropriate course of action is.

As we reported recently, fines can be hefty in Australia for breaching drone regulations, so even though this seems like a fun stunt, it might end up being an expensive one.

Managing director Ross Anderson said there were little certification standards on the quality required for drones under Australian law. While it appeared that no one had been hurt during the flight, it was a risky operation. He continued:

What do you think about this story of the Aussie man who takes drone fishing to new highs? Dangerous stunt or the new way to fish? Let us know in the comments below.