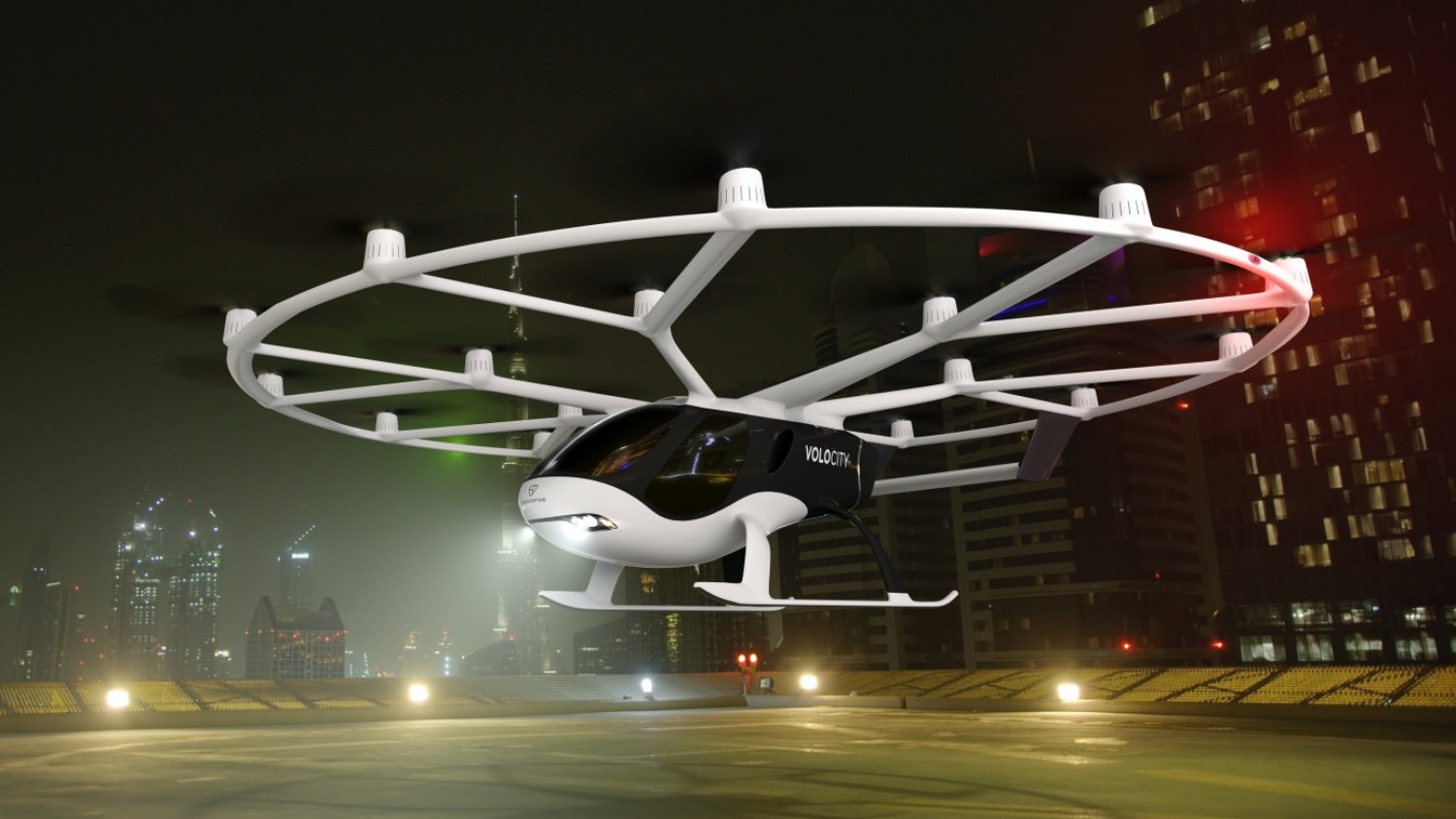 Led by Volvo owner Geely, air-taxi Volocopter has raised $55M and hopes to bring the passenger drone and services to market in the next two to three years. The company’s focus has not been on the US market due to regulatory challenges.

Ingrid Lunden wrote about the air-taxi Volocopter for TechCrunch:

…is announcing a fundraise and says it’s on track for a commercial launch in two to three years.

Volocopter, which has been building drone-like autonomous electric flying taxis for its own (as-yet unlaunched) urban commercial passenger transportation service…

In this latest round, a Series C that brings the total raised to €85 million, Geely is investing alongside Daimler…

…it would imply a valuation of between €200 million and €250 million for the startup.

“Urban mobility needs to evolve in the next few years to meet rising demand,” said Florian Reuter, CEO of Volocopter, in a statement. “With our Volocopter air taxis, we are adding a whole new level of mobility in the skies.”

[Rene Griemens, Volocopter’s CFO] said the company was less focused on the US as a target market, in part because it didn’t look like regulations for autonomous (or semi-autonomous) VTOL craft would be resolved any time soon.

What do you think about air-taxi services as proposed by Volocopter? Let us know in the comments below.