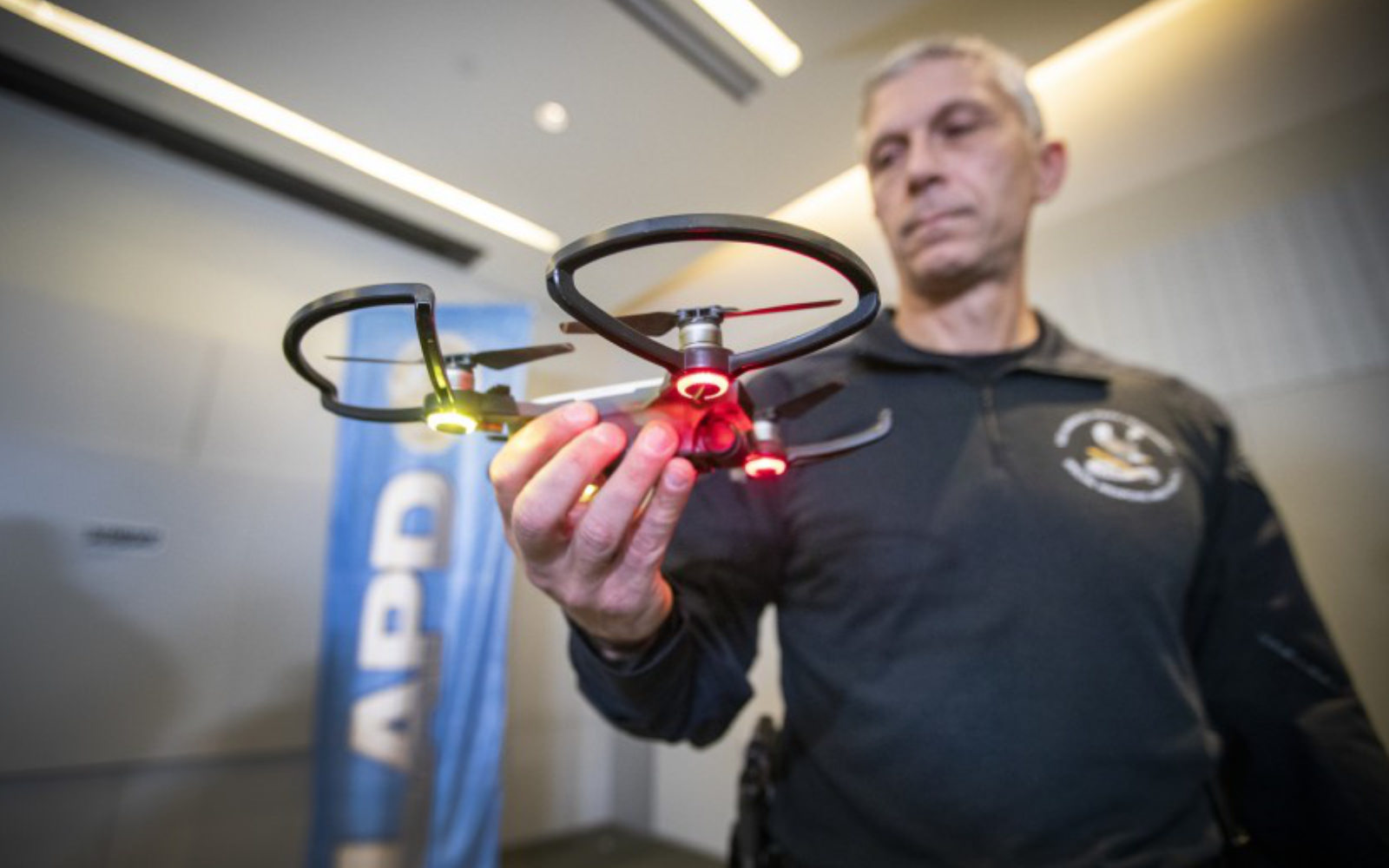 DJI Spark and DJI Mavic drone models are a permanent part of LAPD’s arsenal since Tuesday this week, despite opposition from privacy advocates who are afraid that the unmanned aircraft will become a spying tool for the LA police force.

Cindy Chang writes for the Los Angeles Times that:

Drones became a permanent part of the Los Angeles Police Department’s crime-fighting arsenal Tuesday, despite opposition from privacy advocates who fear the remote-controlled aircraft will be used to spy on people.

The drones will not be equipped with weapons or facial recognition software, according to the regulations, which are similar to those governing the trial program.

Drones “provide invaluable information to decision makers while decreasing the risk to human life,” Moore wrote in a July 3 report, noting that everyone is safer when the devices check out a dangerous situation instead of officers going in blind.

The LAPD joins about 600 other law enforcement agencies around the country that use drones, according to a 2018 report by Bard College’s Center For the Study of the Drone.

The LAPD’s drone fleet will remain at four strong, Frank said. But the DJI Spark devices used in the pilot program will be replaced by DJI Mavics, which have better indoor flying capabilities, extended flight time and lights for navigating in the dark.

“We’re committed to striking the right balance that … protects all of our community — their rights of privacy but also their public safety and their right to exist without threats of dangers that this tool can be used in some instances to mitigate,” he told reporters after the meeting.

You can read the entire article here. What do you think about the LAPD’s arsenal including drones? Let us know in the comments below.