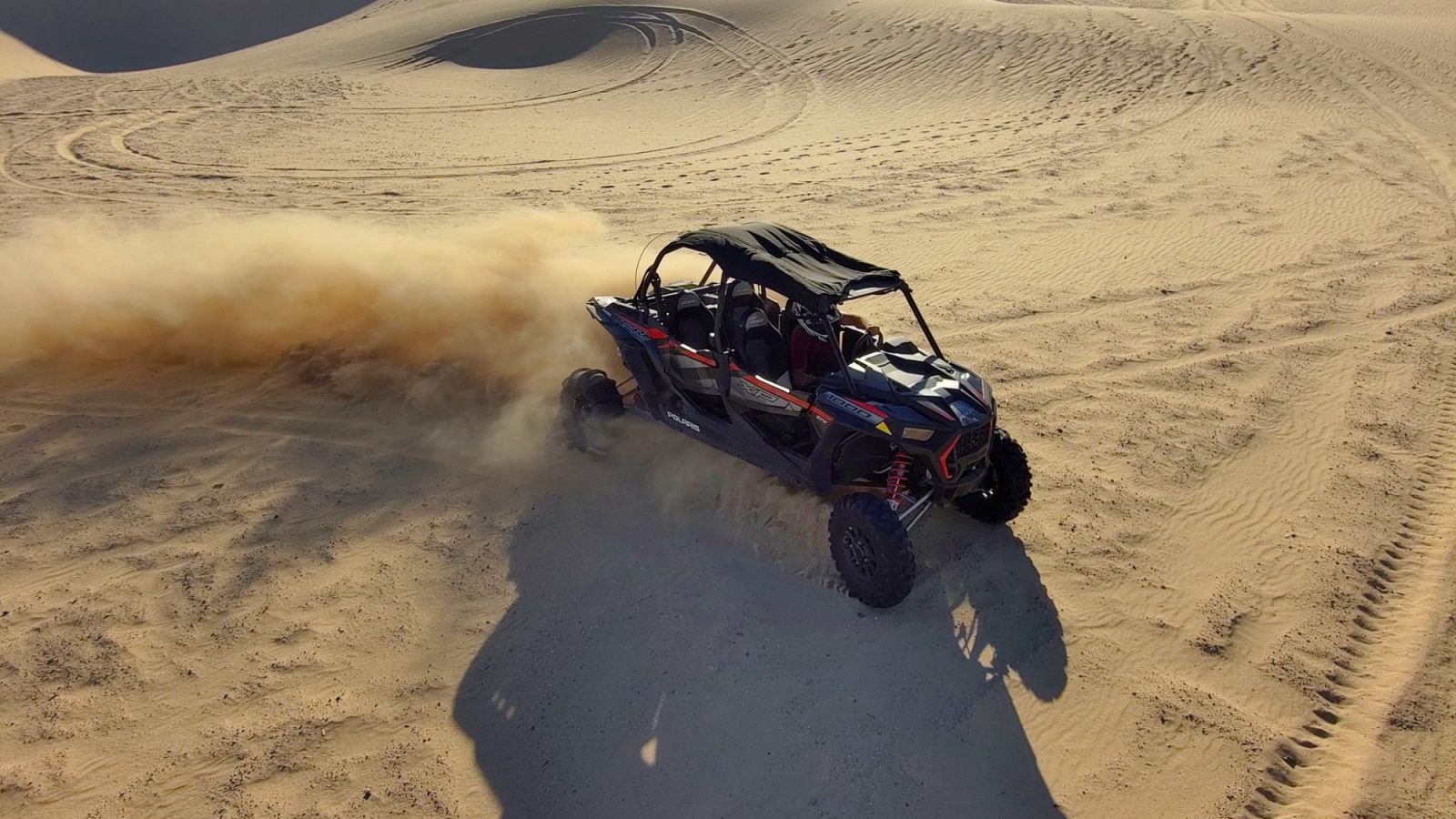 It seems that the new Skydio 2 drone will be released shortly. In an email from the American drone maker, the company shared a number of test photos to show off the drone’s photo-taking capabilities. Skydio says that they have an entirely new camera for the Skydio 2 and that we can expect incredible image and video-taking performance from it. In the text and the comments on Facebook, they seem to indicate that we can expect the drone to be released shortly.

Skydio shared a number of test photos in an email yesterday. The Skydio 2 test photos were uploaded and shared through Facebook, i.e. we are looking at compressed jpeg files here that will not show the quality and resolution that you would get from the drone directly. However, the photos do seem to show that the new Skydio 2 drone can take images in some rather challenging conditions and seems to have quite some dynamic range.

Both the dune buggy, mountain bike, and rock climbing photos deal with heavily backlit situations and the camera was able to preserve detail in the shadow areas. Highlights are not blown out either. Furthermore, the images are colorful and have nice contrast. If anything, I think Skydio wants to show that they are more than a self-flying action camera and that they take image-taking serious, whether it is photography or videography.

In the email Skydio tells us:

Skydio makes flying drones fun and stress-free, but we know that most people buy them to capture unique video. That’s why one of the features that we’re most proud of in Skydio 2 is its entirely new camera. Our team has worked tirelessly to make sure that the camera and its video quality live up to the incredible performance of the drone itself.

But video is only half of the story. We’ve also focused on making the Skydio 2 an incredible tool for photography. It’s perfect for the drone shots you’re used to taking like fun times with family and friends or artistic landscapes. But how about images that would be impossible to capture any other way? Because Skydio 2 is so advanced, it can take mid-action stills on its own— something you could never do by yourself until now.

Here are just a few example photos from recent Skydio 2 testing. Get ready to take some of your own.

Let’s take a look at what the company shared in the comments on Facebook.

“We think folks will be excited with what we’ve been working on, and are only a short bit away from launching. it’ll be better all-around vs. our first product, and are thankful for your attention as we finalize the details.”

Can you replace our fleet of DJI drones?

“We can’t wait to share more. and then we look forward to hearing whether you think we can replace your current DJI fleet. obvisously, we think the answer is yes.”

In response to the pixelated images shared on Facebook:

“Facebook galleries 🤷‍♂️. When we release Skydio 2, we will have full-size originals for you to look at.”

In response to pricing:

“Our plan is to land Skydio 2 in a very competitive pricing position. we’ve definitely heard the feedback from our customers about R1’s (our first drone) pricing being way too steep at $2000, and we’re clearly aware of where DJI falls across their Mavic and Phantom series. we’re confident you’ll be excited about not only the price itself but also the amount of intelligence, capability, and quality we’ll be hitting at that price. more soon. appreciate the question!”

“Very much appreciate the note and perspective. we’re working as fast as we can to get everything ready for a launch announcement and know there’s a lot of information that needs to be shared. it’s coming – we’re on it. thanks for being interested in what we have coming 👍”

We’re excited and looking forward to Skydio’s release of the Skydio 2 drone. The drone market is in desperate need of some competition and if that can come from an American drone manufacturer, it only gets us more excited. Hopefully, it won’t be much longer before we can test the Skydio 2 drone and share with you its capabilities.

What do you think about the Skydio 2? Let us know in the comments below.