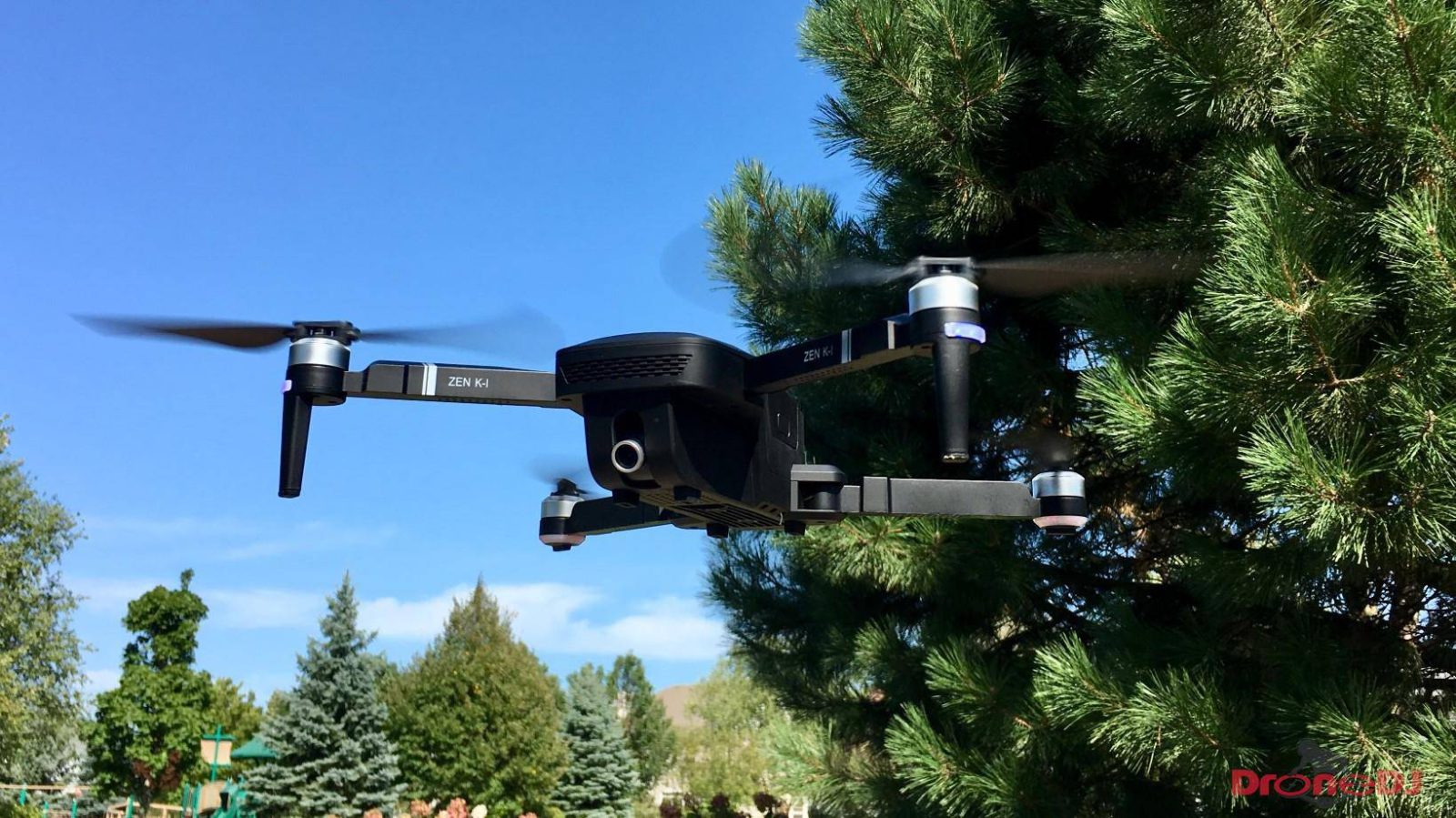 The Visuo Zen K1 is a foldable drone with a 4K camera that was built to look like a DJI Mavic. It has GPS and a handful of intelligent flight modes and can be purchased starting at just $169.99. Typically drones in the sub-$200 price range have had their issues. What about this one? Is it finally the answer or is it too good to be true?

The Visuo Zen K1 is a good, solid GPS drone. For a lot of people, it would make an excellent starter drone. It is stable, it takes pictures and video. It has intelligent flight modes.

You can fold up the Zen K1 and take it with you. It is a lot of fun to fly. There are a lot of similar drones in the $200 price range, and the Zen K1 might just be the best of the bunch.

However, most of them have a fatal flaw. Take a look at the video below to learn more about the Zen K1 and to see it in action.

In many ways, it is better than similar drones like the JJPRO Epik or SJRC Beast. But in many ways, it is just more of the same. Like almost every drone I’ve tested in the $200 price range, it falls short in one major area: camera and video quality. 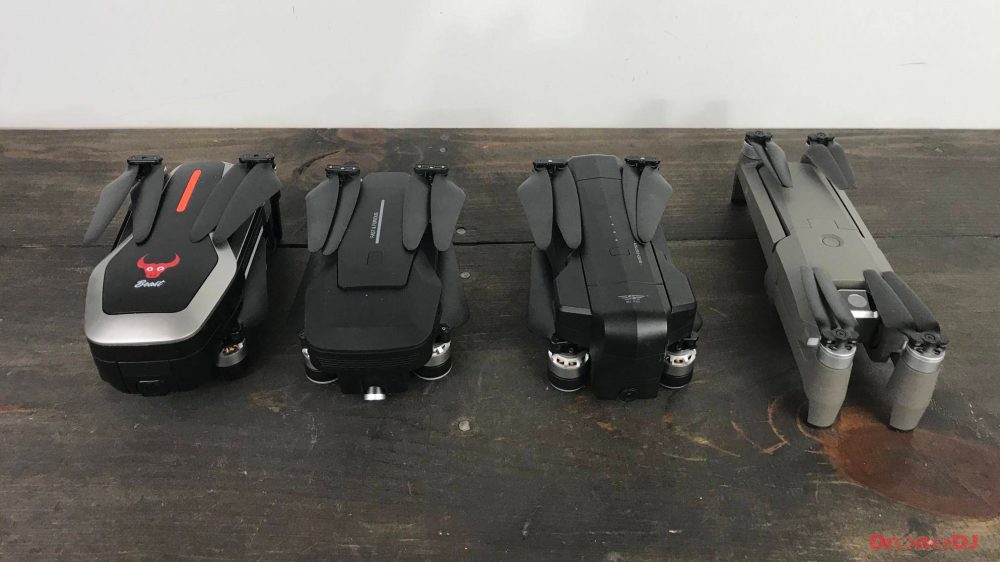 There are a lot of options out there if you are looking for a GPS drone for less than $200. However, almost every single one has the same flaw: the camera. The Visuo Zen K1 is just like the rest when it comes to the camera. Yes, it can take 4K pictures and 2K video, but at 20 fps, the video isn’t going to be smooth footage. There are no isolation mounts, gimbal, or real software stabilization going on in this drone. The video tends to pick up a lot of jello, and there is distortion on the horizon. That is absolutely typical of almost every sub-$200 drone I’ve tested. There are two exceptions — The Ryze Tello and the Parrot Bebop 2. 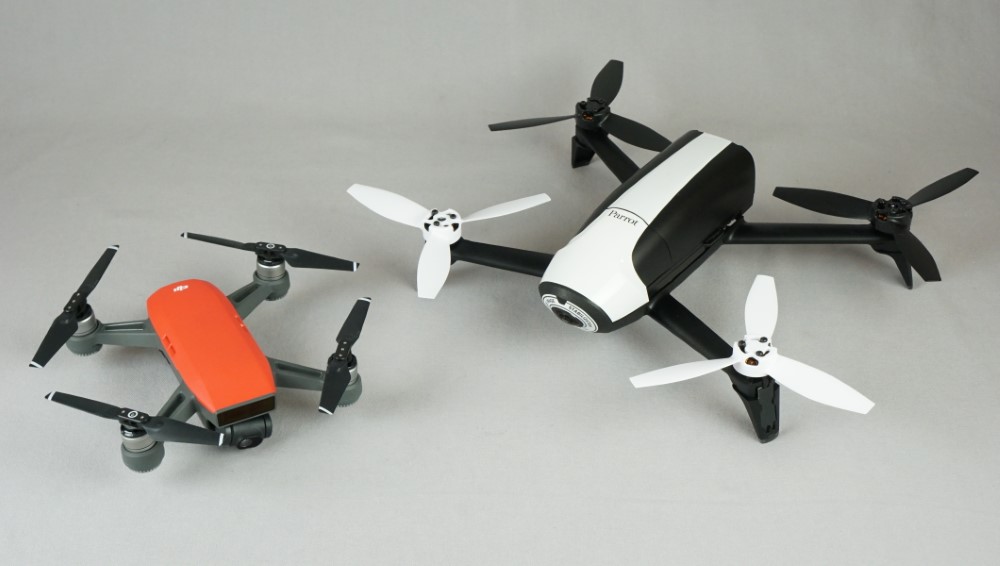 The Tello is a substantially smaller drone and uses software developed by Intel and DJI to stabilize the video. It, however, doesn’t record on board the drone, and you’ll have to be nearby to get good pictures and video quality. The Tello is a fun drone and has some interesting flight modes but lacks GPS. However, it is about half the cost of the Visuo Zen K1, and you can pick one up for as little as $99. 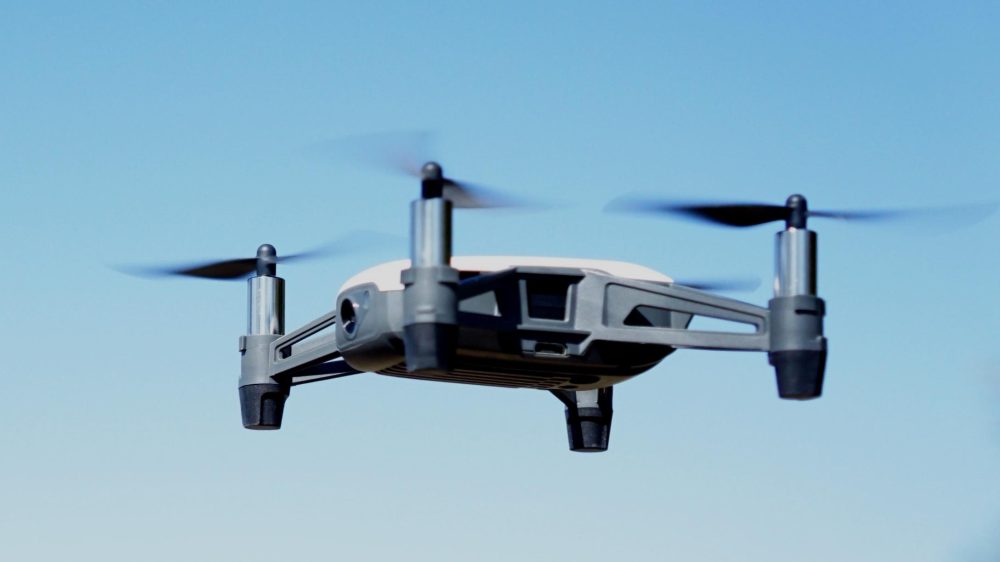 The Parrot Bebop 2 is a two-year-old drone and not always easy to come across. Parrot stabilizes their video with some impressive software. The Bebop is a GPS drone and a fairly solid one at that. It can occasionally be found right around $200 on Amazon. Right now, you can pick one up for $219, and I would say that is absolutely worth the extra money.

If you are looking to be able to take good pictures and video and don’t want to break the bank right now, your best option is the DJI Spark. It uses image stabilization and a two-axis gimbal and is light years ahead of both the Bebop and the Zen K1. However, the DJI Spark will cost you around $400. If pictures and video aren’t that important to you and you just want something fun to fly, then the Visuo Zen K1 is a pretty solid option. If you need good picture and video quality, then the Spark is the best bang for your buck.

The Visuo Zen K1 is a pretty stable drone. It uses both GPS and optical flow technology to help keep it in one place. I found the follow-me mode to work quite well, and the return to home feature is a good one to have in case of emergencies. It can fly via waypoints as well, but my experience with waypoints in drones in this price range isn’t the best, and I think it is best to avoid it. The Zen K1 also has an orbit feature. I experienced a bit of difficulty getting the orbit feature to work initially, but I think that might be part user error and part my inability to interpret the instructions. 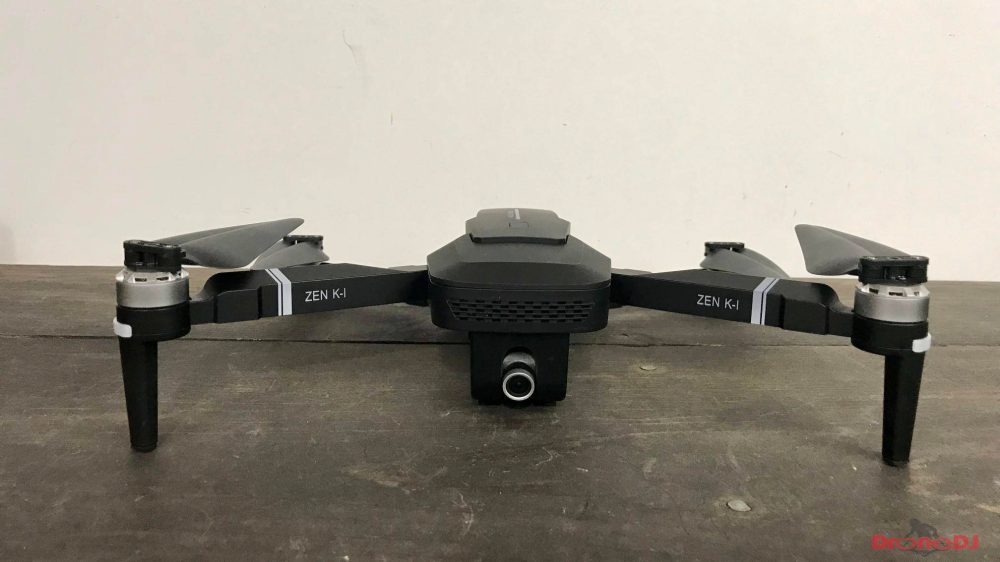 While I’ve already talked about the camera’s shortcomings, jello, distortion, and lack of stability, it does have some good qualities. I do like the overall color profile. Taking video may not be ideal, but the Zen K1 does take decent pictures. I found that there were times that the propellers did make their way into the shot, but those can easily be cropped out. You can also control the camera angle from the drone itself. 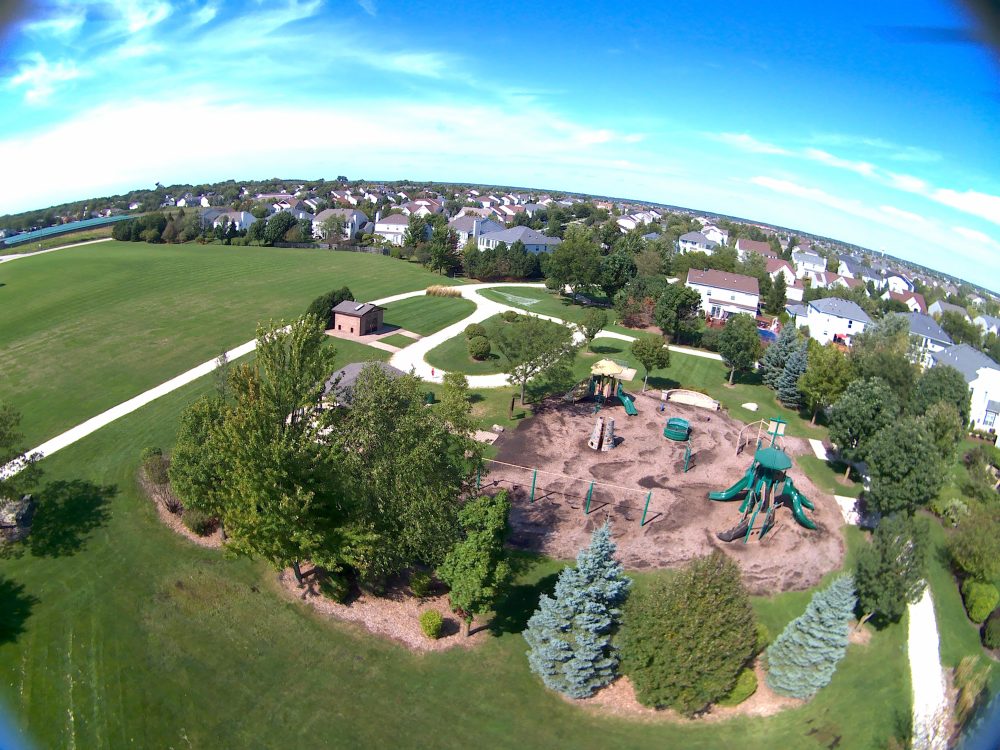 Take a look at this untouched photo. It isn’t terrible but needs a little editing to clean up some issues.

The Zen K1 has a flight time of up to 28 minutes, but a more realistic expectation is closer to 25. That is still pretty impressive and much better than most similar drones. It has a control range of up to 500 meters, but the FPV feed will be limited to your Wi-Fi connection. You will also have to have a “5G” or 802.11.ac  protocol. 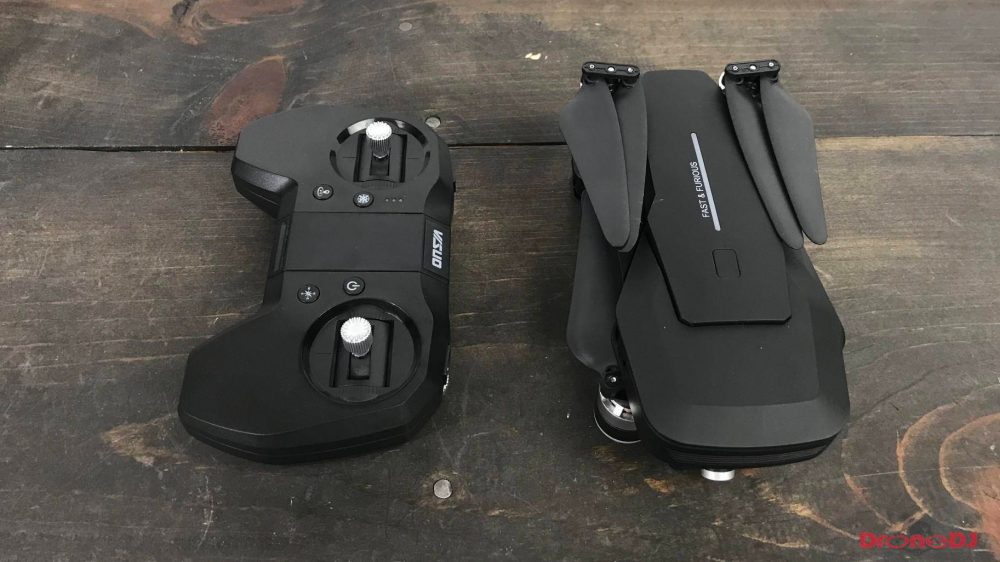 Overall, the Visuo K1 is a slight improvement from some of the other common sub-$200 GPS offerings. If you are looking for something fun to fly that looks good, then I’d recommend taking a look at the Visuo Zen K1. If you were hoping this would be an inexpensive way to capture some good cinematic video, then unfortunately, you’ll have to keep looking. 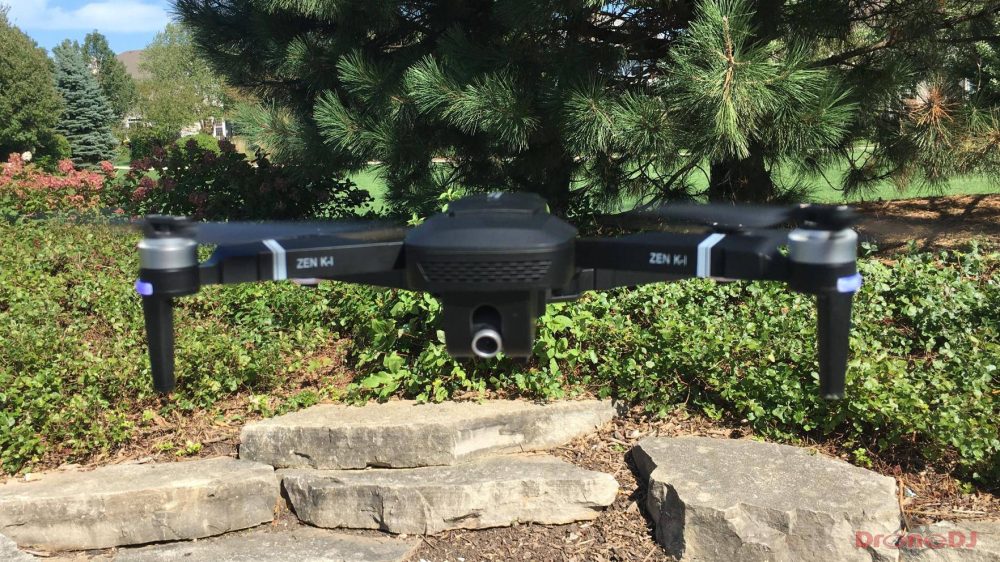