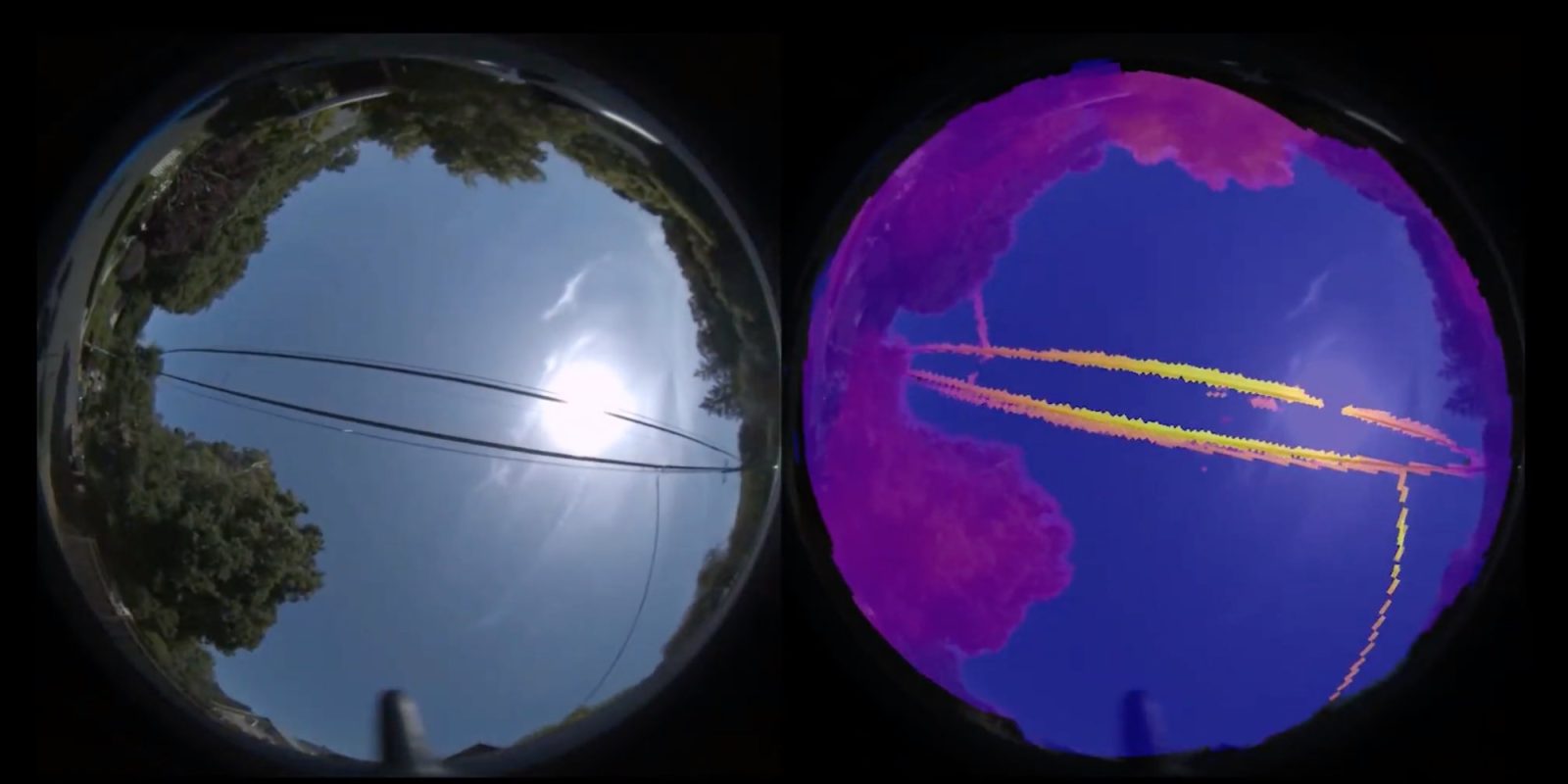 If you have never experienced Skydio’s obstacle avoidance and self-flying capability, you’re in for a treat. The first time I hand-launched the original Skydio R1, I was blown away. The drone took off from my hand, flew about five feet away from me at a slightly higher elevation, turned around, “looked” at me, and simply followed my every move. It seemed eerily easy and natural for the unmanned aircraft to do so. This was with the R1, mind you, not the smaller, lighter, and much, much smarter Skydio 2 that launched earlier today. Let’s take a closer look at how the Skydio 2 drone is able to fly autonomously.

Whereas the original Skydio R1 used stereo depth perception with the 12 VGA cameras mounted in the ring around the aircraft, the Skydio 2 uses six 4K cameras to collect data about its surroundings. Three of these cameras are positioned at the top of the drone. The other three are mounted underneath the drone. Skydio arranged the propellers so that the 200-degree cameras have a nearly unobstructed view.

This video below gives you an idea of what exactly is seen by an individual 200-degree 4K camera. The colors used in the second view indicate the distance from the drone to one or more objects. Yellow is closest to the drone.

Getting the six cameras to work was quite complicated. In an article from IEEE Spectrum, Skydio CEO Adam Bry explains:

That was a super challenging engineering problem, because we went from these conventional global shutter cameras to rolling shutter fisheye cameras, which are very very challenging from an algorithmic standpoint. But the big advantage is that at a lower price point, we can get much better sensor performance. The simple metric on this is we went from about 3 megapixels of visual sensing on R1, to about 45 megapixels on Skydio 2.

The Skydio 2 uses an NVIDIA Tegra X2 to process all the data that is collected by the six cameras. This is a very powerful processor that helps the drone avoid obstacles up to a speed of 36 mph and that runs nine custom deep networks to create a 3D model of its surroundings with an update rate of more than 1 million points per second. And while doing this, the Skydio 2 is also able to track up to 10 objects simultaneously. On the Skydio website it says:

Better eyes. Sees more with six 4k navigation cameras. Utilizing 45 megapixels of visual sensing from six 200 degree color cameras, Skydio 2 can see everything in every direction with unprecedented resolution and clarity. This is the foundation of trustworthy autonomous flight.

In a brief interview with IEEE Spectrum in the same article, Skydio CEO Adam Bry said the following about how Skydio’s self-flying capability has improved.

The starting point is having much more data coming in and a faster computer, which opens up some new possibilities, but even with all the hardware stuff, the biggest progress is still on the software side. One of the big things that we’ve done is come up with an entirely new depth perception algorithm based on deep learning rather than more conventional [photogrammetric] stereo techniques, which generally work in simple scenes but fail when there’s a lot of repeated structure or textureless surfaces.

What people do is combine contextual scene understanding with photometric information — when we look at a scene, we know what everything is and generally how the world is structured around us. And the combination of that contextual information with the photometric information means that people and animals essentially have perfect depth perception based just on vision. We’ve come up with a deep learning algorithm that mimics this, such that the drone not only uses photometric information but also contextual information. This drastically improves performance in every scenario that we care about, and overcomes a lot of the really tricky cases. For example, flying around in a big textureless room, we see near perfect performance. And with power lines, if it can see any part of the power line, it does the same thing that a person does and assumes that the line extends. It’s a really, really powerful thing.

Also, take a look at this video below to see the difference between a DJI Mavic 2 (right) and the new Skydio 2.

What do you think about Skydio’s obstacle avoidance? Let us know in the comments below.