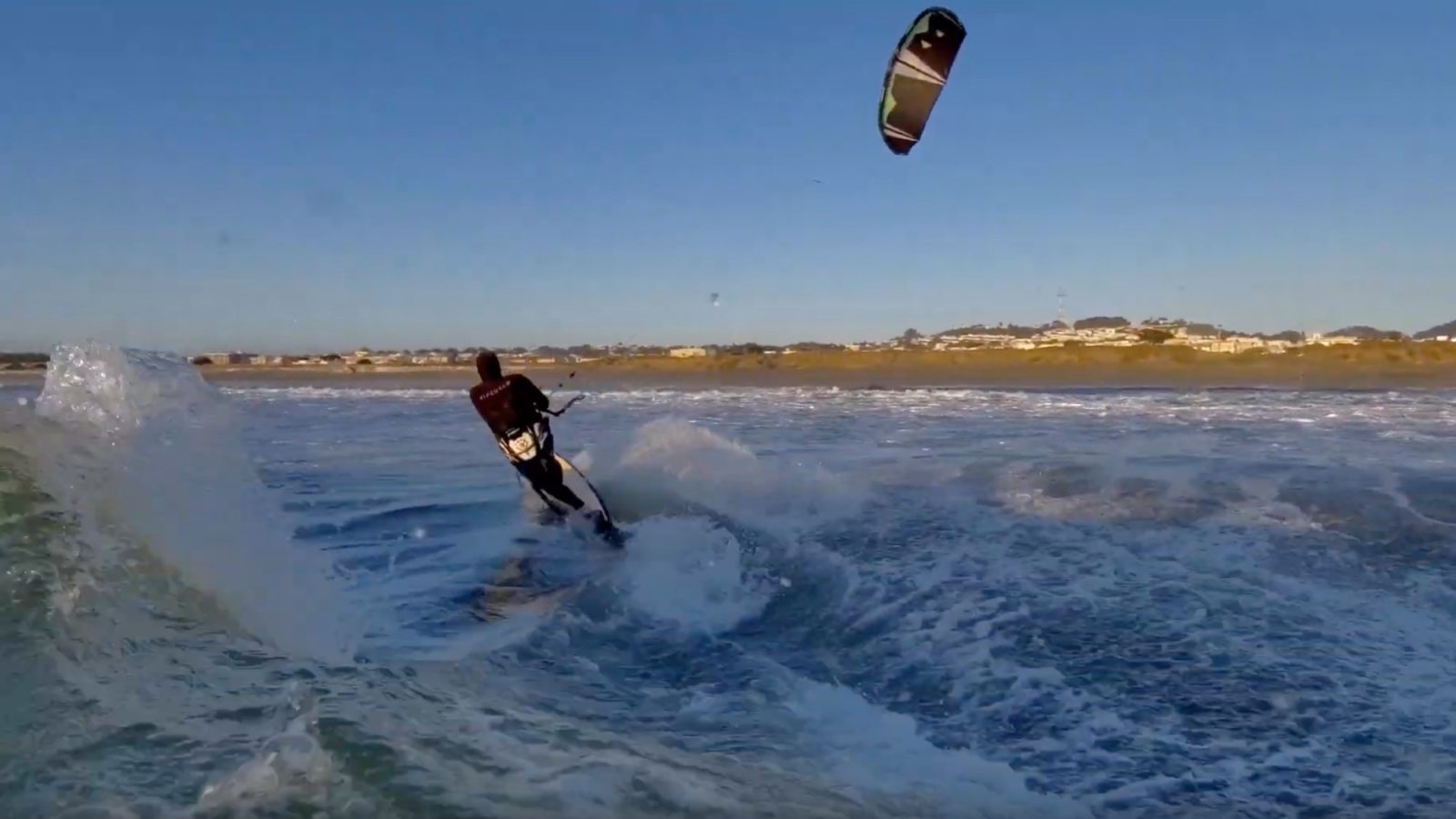 As a kiteboarder and drone enthusiast, I loved watching this video as it combines two of my biggest passions. However, halfway through the short clip, my heart skipped a beat or two when the kiteboarder almost lost his new Skydio 2 drone in the ocean. You’ll have to watch this one.

Initially, when Skydio launched the R1 drone, they warned not to fly the drone over large bodies of water, as the wide-open space would likely confuse the drone’s ability to fly itself. The R1 needed obstacles around it to determine its own location. This was later resolved with a firmware update that made it possible to fly the R1 drone over open water.

This same ability was immediately available on the Skydio 2 drone, and the kiteboarder in this video clip somehow got a hold of the second generation of the self-flying drone and put it to the test.

In the description on YouTube, Jamy Donaldson explains that he had carried the Skydio Beacon and his iPhone in a Ziploc bag during his kiteboarding session. The drone does a great job following him through the waves. However, as Jamy makes his turn, the Skydio 2 starts flying really close to the waves, and for a second it looks as it will be swept out of the air by the breaking wave. Luckily, the water just misses the unmanned aircraft.

Jamy says about his experience:

This is my first flight with Skydio 2 kitesurfing using the beacon. Totally amazing. I love it. Best AI in the follow game!

I did Benjamin [beacon] in a Ziploc I put inside my suit after i launched and set the height. I took my phone also just in case. The beacon is not waterproof. The touchscreen worked great though the Ziploc.

It was also quite windy that day, but it doesn’t seem like that was an issue for the Skydio 2. Jamy estimated that it was blowing around 18 to 20mph.

I guess the takeaway here is that you can fly your drone over the ocean. But be sure to set it high enough so that it will not be caught by a breaking wave.

What do you think about this kiteboarder almost losing his new Skydio 2 drone in the ocean? Would you fly your Skydio 2 over the ocean like this? Let us know in the comments below.