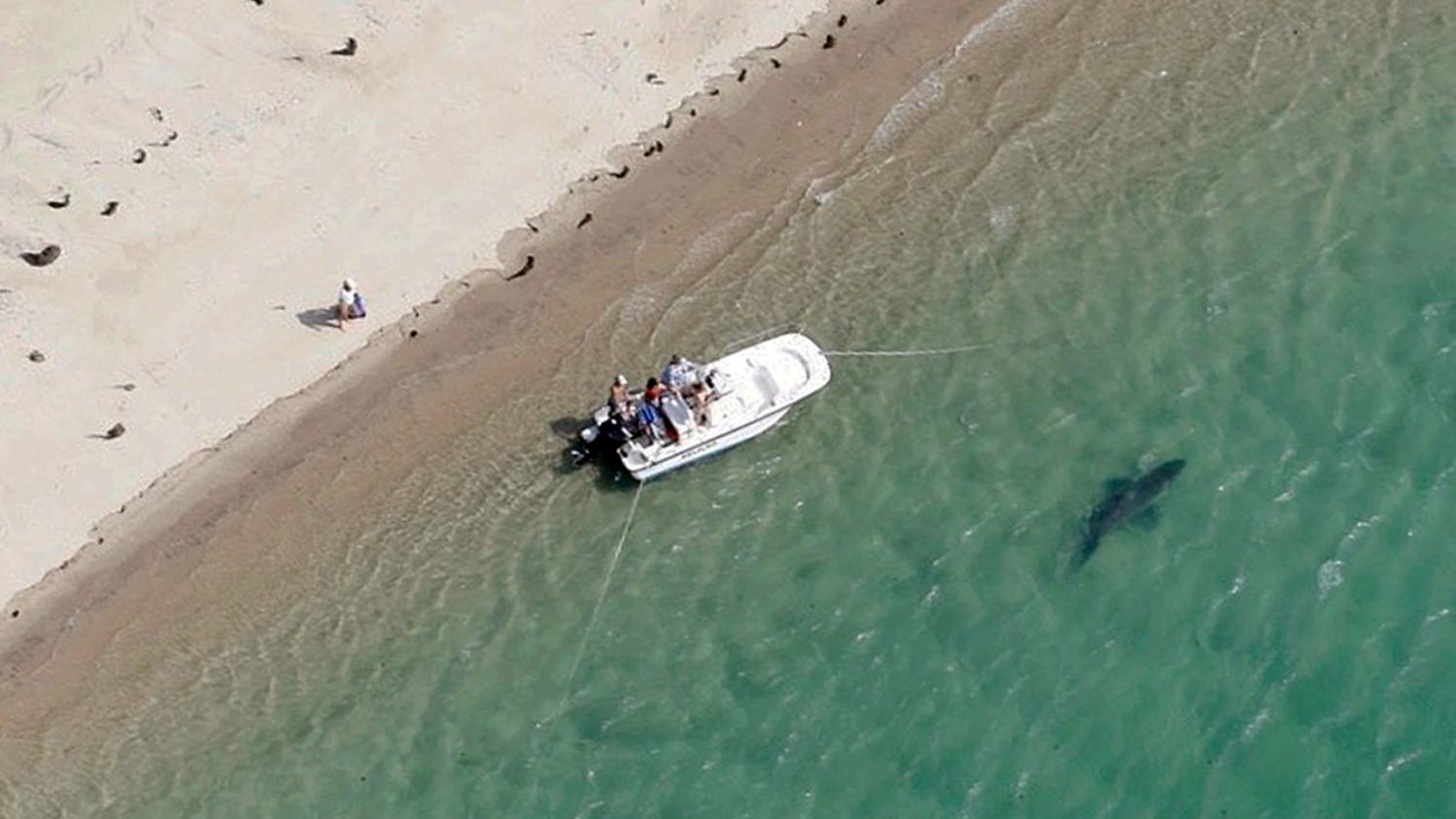 Earlier today, I came across a story [paywall] in the Wall Street Journal that tells how a recent study from Woods Hole Group Inc. shows that there are no good methods to keep swimmers safe from great white sharks in the waters off Cape Cod. In recent years, several people have been injured by sharks, and at least one person died in 2018. It made me wonder whether the Little Ripper drone with SharkSpotter technology from the Australia-based Ripper Group might be able to help warn Cape Cod tourists about great white sharks.

How to warn Cape Cod tourists about great white sharks?

The shark threat has become a major issue for a tourist hot spot where generations once swam with impunity, kept safe by the absence of seals that sharks hunt. But those seals are back by the tens of thousands, thanks to decades of federal and state protections, and the great whites are back in force, too.

The Woods Hole Group study evaluated some 27 methods for spotting sharks, blocking them from beaches, controlling the population, and modifying behavior.

The Woods Hole Group said the study was guided by a survey that included 573 respondents. More than 51% of respondents said they wanted a technological solution to the Cape’s shark problem. The alternatives used in the final analysis included shark tagging; visual detection by towers, drones, planes, and balloons; remote detection by sonar and real-time acoustic buoys; deterrents such as electromagnetic, magnetic, and scents; electromagnetic and acoustic barriers; and human behavior modification. The study also evaluated these alternatives for Cape Cod Bay beaches and Cape estuaries with similar results.

The problem appears to be getting worse. Reynolds said the park, on average, closed beaches to swimming about a dozen times a season from 2013 to 2017, but that grew to 27 in 2018 and 43 this past summer. Attacks on seals at these public beaches have become relatively common, and white sharks have attacked six humans in the past seven years: two swimmers who suffered severe bite injuries, the fatal attack on bodyboarder Arthur Medici in Wellfleet last year, plus a bite on a paddleboard in Wellfleet, and an attack on two kayakers in Plymouth that did not result in injuries.

Camera-equipped drones, for example, which fly programmed routes and can send images of sharks back to shore, are touted by many as affordable technology that is in use now in similar applications. But the study found that the ability to spot sharks was limited by weather and marine conditions such as waves and water clarity. It also pointed to a 2014 Australian study that showed that humans in planes and helicopters saw only 9% of the shark cutouts deployed at varying depths in a sheltered bay and missed 100% of those below 10 feet in depth.

The nearly 200-page report was not groundbreaking in its analysis or conclusions.

Unfortunately, not much information was disclosed in the articles about the drones that were used. It makes me wonder if the Little Ripper drone with SharkSpotter technology from the Little Ripper group might be helpful in the great white shark situation in Cape Cod.

The Ripper Group in conjunction with UTS successfully developed and demonstrated the world’s first drone-enabled automatic detection system that covers sharks, crocodiles, and a range of up to 14 different species of marine life. This AI-enabled solution delivers 90% accuracy.

Sharkspotter’s video processing capabilities enable it to distinguish between sharks and other marine life such as dolphins, rays, and whales, as well as human beings such as swimmers, board riders, and objects such as boats…irrespective of whether the sharks are moving or not.

When combined with the sound speaker functionality, the automated drone-enabled system can warn surfers and swimmers that a shark is nearby, and simultaneously relay this information direct to emergency services and beach lifeguards for appropriate action.

What do you think about using drones to warn swimmers of great white sharks? Let us know in the comments below.