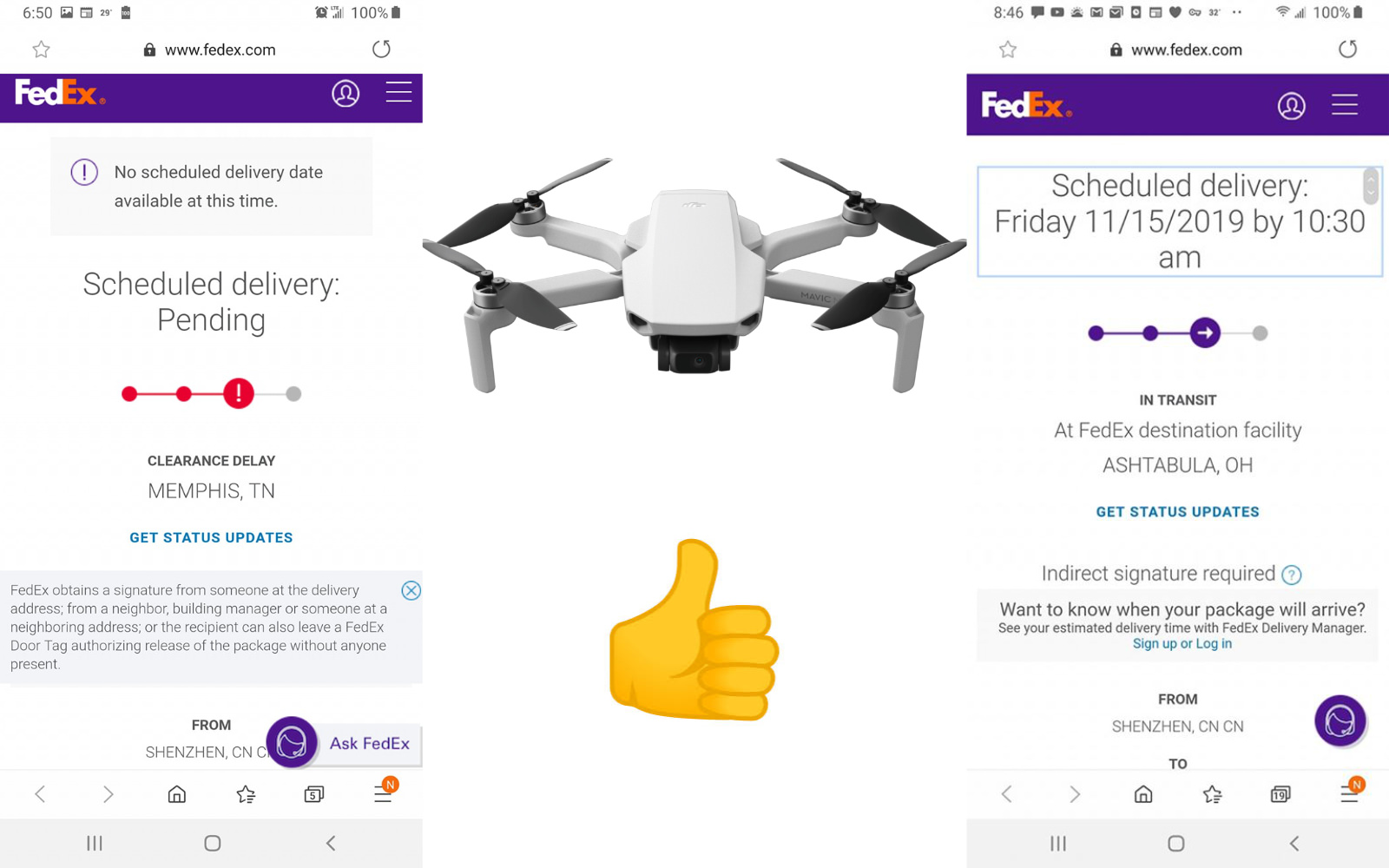 The DJI Mavic Minis that were stuck in customs are moving again with some of the earliest deliveries scheduled for today. On social media, some people who had ordered the DJI Mavic Mini directly from DJI were getting somewhat nervous and were wondering whether the hold-up was related to somebody not paying their tariffs. Luckily those fears seem to have been alleviated now that we are seeing the first notifications of scheduled deliveries.

DJI Mavic Minis stuck in customs are scheduled for delivery

It seemed that there might be a problem with a large shipment of DJI Mavic Minis that were stuck in customs. This is a shipment coming directly from DJI in Shenzhen, China, that has made it to Alaska but was delayed for reasons unknown to us.

Some jokingly wondered on social media if DJI perhaps failed to pay their tariffs, and that as a result the shipment was held up. We doubt this would be the case, but at the same time, we are glad to see that the shipment was apparently released. Many FedEx delivery status updates changed from “scheduled delivery pending” to “scheduled delivery Friday 11/15/2019 by 10:30 a.m.”

I’m sure many people who had ordered the DJI Mavic Mini directly from DJI breathed a sigh of relief when they received their FedEx update, knowing that they will now be able to fly their new drone this weekend. Interestingly, shipments to other retailers such as Best Buy were not affected, and some drone enthusiasts decided to pick up their Mini there instead.

Did you order your DJI Mavic Mini from DJI? (Or Amazon?) Did you receive yours already? Let us know in the comments below.