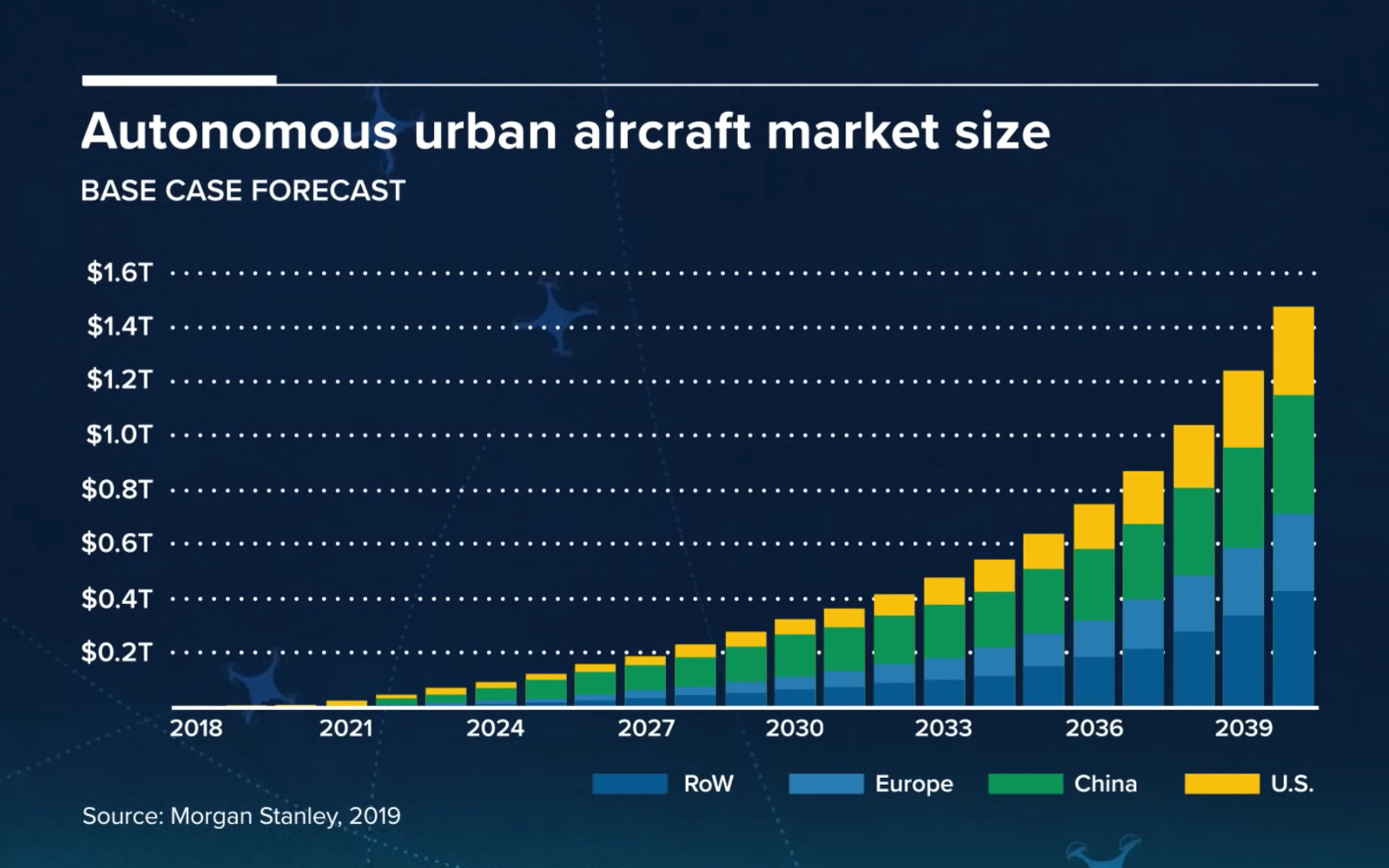 Things are looking up as the drone industry is expected to reach $100 billion by 2020 and even up to $1.5 trillion by 2040 according to Morgan Stanley. Grab a cup of coffee and take a look at this six-minute video from CNBC in which David Reid gives a quick update.

Drones are revolutionizing the military emergency services aerospace and potentially even the taxi industry. The growth of these unmanned aerial craft presents new opportunities for the aerospace industry, but with more and more of them popping up are they safe to crowd our skies?

I’m here at the Dubai Air Show while several of the latest drones are on display. This here is the Aura 100 UAV. UAV stands for unmanned aerial vehicle. The company behind this drone are in the UAE to promote its capabilities and find customers.

“We have already finalized all the test flights and we have a few samples which are actually ready employing. I can say that we are ready for production now.”

But the Aura 100 faces stiff competition with drawn from all over the world on display here in Dubai.

“We’ve been flooded with opportunities here. From the defense sector and the government sector to oil and gas. The response been really good.”

Jason Braverman is here with his Canadian built drawn which he says is ideal for monitoring pipelines and carrying out surveillance.

“If you look at the world, this is really the center of oil and gas and this region has very particular security issues.”

Consumer drones are expected to hit 17 billion dollars while businesses and several governments make up the last 13 billion. Drone use is expected to grow in all of these three segments as production costs decrease and the technology behind drones advances. For consumers this could mean heading to a park and flying a miniature drone with a camera for that perfect photo. Commercial drones are used in sectors like transport, agriculture, construction, or disaster relief. In the aviation industry, for example, planes can now be inspected for safety by using cameras mounted on drones. And in the military, the application of drones has allowed armed forces to spy, increase their situational awareness, gain tactical advantages on the battlefield and even shoot at targets. Controlling a drone of this type can be done in one of two ways. Most are remote controlled but some can self-fly using onboard flight sensors and navigation systems like GPS to follow digital flight plans.

Amazon is developing Prime Air for autonomous pilotless deliveries, while Project WIng is alphabets version of the technology. In 2019, DHL partnered with Chinese UAV maker Ehang to create a customized route for deliveries. Ehangs new drone the Falcon was specifically designed to overcome complicated road conditions and congestion.

US drone startup Natilus wants to take unmanned delivery even further. It recently completed tests for an unmanned aircraft prototype that can carry cargo long-distance over the sea.

“There is only two ways to ship goods. There’s of course by ocean freight which is very slow, but inexpensive and of course airfreight and we’re always wondering if there was a solution that is something in the middle.”

The plan is to reduce air freight costs by inventing a futuristic cargo drone that would be 17 times faster than a cargo ship. But half the price of using a Boeing 747.

“The prototype is 30 feet of wingspan and weighs about 2,200 pounds. The first product is a 2.4 metric ton freighter meant for feeder operation express service delivery with companies such as FedEx and UPS and other worldwide ones. And first flight is scheduled in two years.”

Frankfurt Airport and dronemaker volocopter are exploring the potential for an electric air taxi service that doesn’t require a pilot. The same vehicle was already used to fly above Singapore’s Marina Bay in October this year. That trip was piloted but the aim is full autonomy.

Airbus and Boeing also have their own flying taxi projects that would eventually dispense with an onboard pilot.

Analysts don’t see technology as a barrier noting that battery capacity computing power and the rise of 5G technology are all rapidly converging.

But if tech isn’t the issue then what will stop drones crowding the skies? What can stop them crashing into each other and tumbling to the ground?

This is a UAV traffic management system. What this technology does is identify drones in the sky, helping to avoid collisions with other aircrafts such as planes helicopters or other drones.

The system has been designed to work in tandem with a camera mounted on a radar which can spot drones heading towards a restricted area.

“So the cameras can integrate with that drone radar to follow this thing as it’s being picked up. Is it a bird is it playing what is it? Okay, it’s a drone. Right now is it a drone we know about or is it a rogue element that we need to take a different action?”

By one instrument there will be more than 76,000 drones operating in the UK skies by 2030, the majority will be deployed for defense, health and education in the public realm and agriculture, mining and energy firms in the private sector. But as with other disruptive technologies, public policy often has to play catch up. Safety remains the main concern of regulators.

Analysts say the current US federal aviation authority restrictions have been an obstacle to this sector’s commercial development. They argue in order to unlock technologies potential drones should be allowed to fly above 400 feet. Be allowed to fly out of the pilot’s line of sight and be granted the ability to self-pilot and soar over populated areas.

Drones have been with us for several years now and their growth would set to soar. Benefits should include an increase and productivity and safety and even new jobs to the drone economy. But how they fly, where they fly and what they’re being used for are all problems to be solved.

Thanks for watching. Let us know in the comments below which industry you think is going to benefit most from the rise of the drones.

What do you think about the fast-growing drone industry? Where do you see the largest opportunities? Let us know in the comments below.