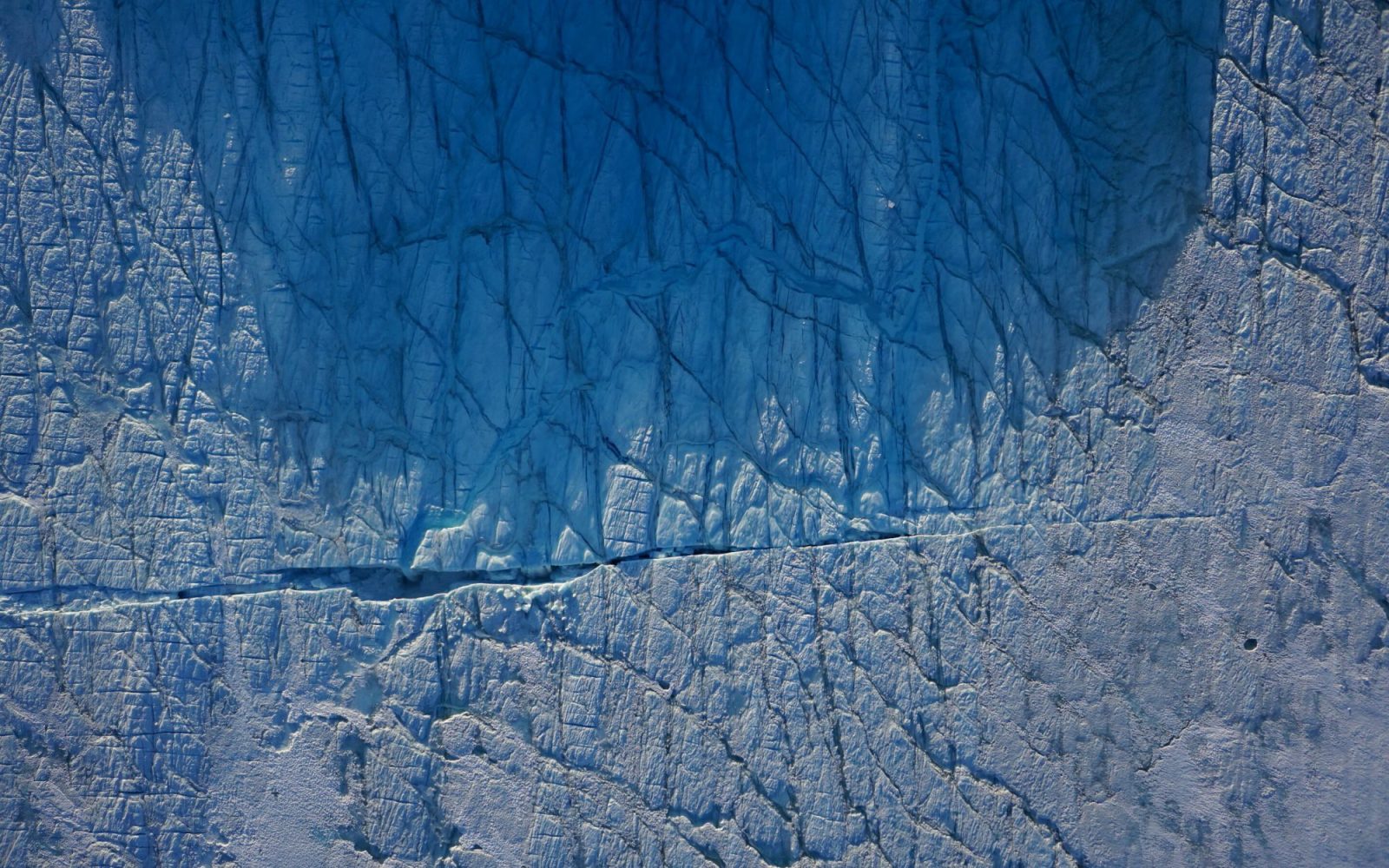 On Monday, scientists said that they had used a drone to observe an ice sheet in Greenland fracturing in real time. A team of researchers witnessed the rapid fracturing and draining of a lake on the ice sheet.

It is expected that this phenomenon may become more frequent as climate change worsens. Greenland’s ice sheet is the second largest in the world, and the single largest contributor to global sea-level rise.

Greenland’s ice sheet is over 3,000 feet high and it is normal for the surface to melt and form lakes during the summer season. These lakes tend to drain very quickly, creating massive waterfalls all the way to the base of the ice sheet.

This draining process is extremely difficult to observe firsthand. But a team of glaciologists from the Scott Polar Institute at the University of Cambridge got lucky when they arrived at the Store Glacier in northwestern Greenland in July 2018. Soon after their arrival, two-thirds of the lakes disappeared from the surface through a fracture in the ice sheet. Roughly 1.3 billion gallons of water drained over the course of five hours.

Photos taken with a drone clearly show the before-and-after as a dark blue oval shrinks into a smaller, shallower, and lighter blue circle.

The ‘thing that drones can do is allow us to take these kind of high-quality measurements in regions that aren’t safe to access for scientists on the ground,’ said Tom Chudley, co-first author of the study that appeared in the Proceedings of the National Academy of Sciences, according to Phys.org.

The team was able to create a 3D map by stitching together thousands of photos that included the GPS coordinates that were attached to the stills by the drone. The unmanned aircraft have been custom-built at the Scott Polar Research Institute to withstand the extreme Arctic conditions. The drones were outfitted with autopilot and navigated autonomously along pre-programmed flight paths during a mission that lasted up to one hour. 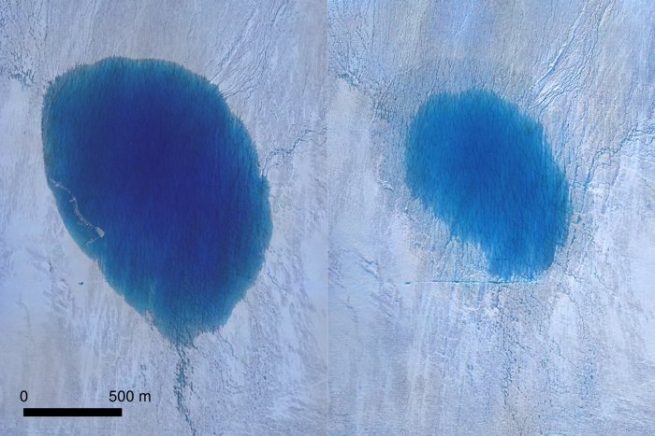 The Store Glacier, which is basically a river of ice that slowly moves toward the ocean, moves at around 1,800 feet per year. The sudden drainage speed of the glacier’s movement went from 6 to 15 feet per day, according to the team of researchers that included scientists from Aberystwyth and Lancaster universities in the UK. The water that drained from these lakes effectively worked as a lubricant.

To the team’s surprise, the Store Glacier was raised by about 22 inches as a result of the water rushing underneath it.

Chudley, a doctoral student at Cambridge, said, “That’s a kilometer of ice lifted up half a meter, so you can imagine the kind of pressures that were involved.”

‘It’s possible we’ve underestimated the effects of these glaciers on the overall instability of the Greenland Ice Sheet,’ said co-first author Tom Chudley, a PhD student at the Scott Polar Research and the team’s drone pilot. ‘It’s a rare thing to actually observe these fast-draining lakes — we were lucky to be in the right place at the right time.’

In the research paper that was published in the Proceedings of the National Academy of Sciences, the team of scientists describe in detail the formation of these vast fractures that in turn create water beds that speed up the movement of the Store Glacier.

He added, ‘Potentially, we’re increasing the amount of lakes that are draining in new places that we haven’t previously identified.’ 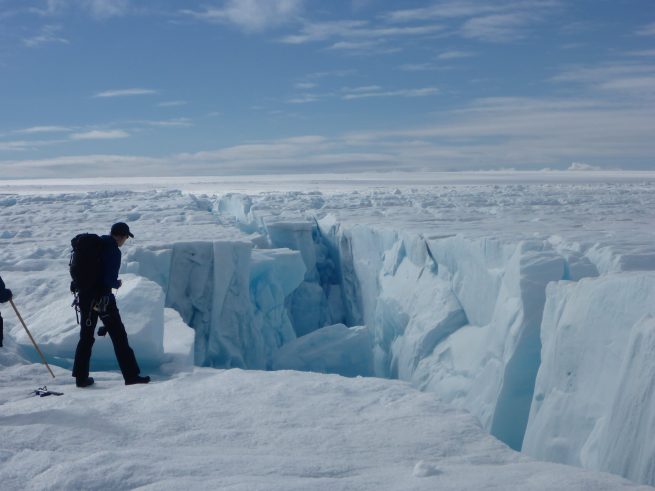 Over the last few years, we have come across many cases in which drones are used to help researchers with the studies, although this is the first time we’ve learned about a drone observing the Greenland ice sheet.