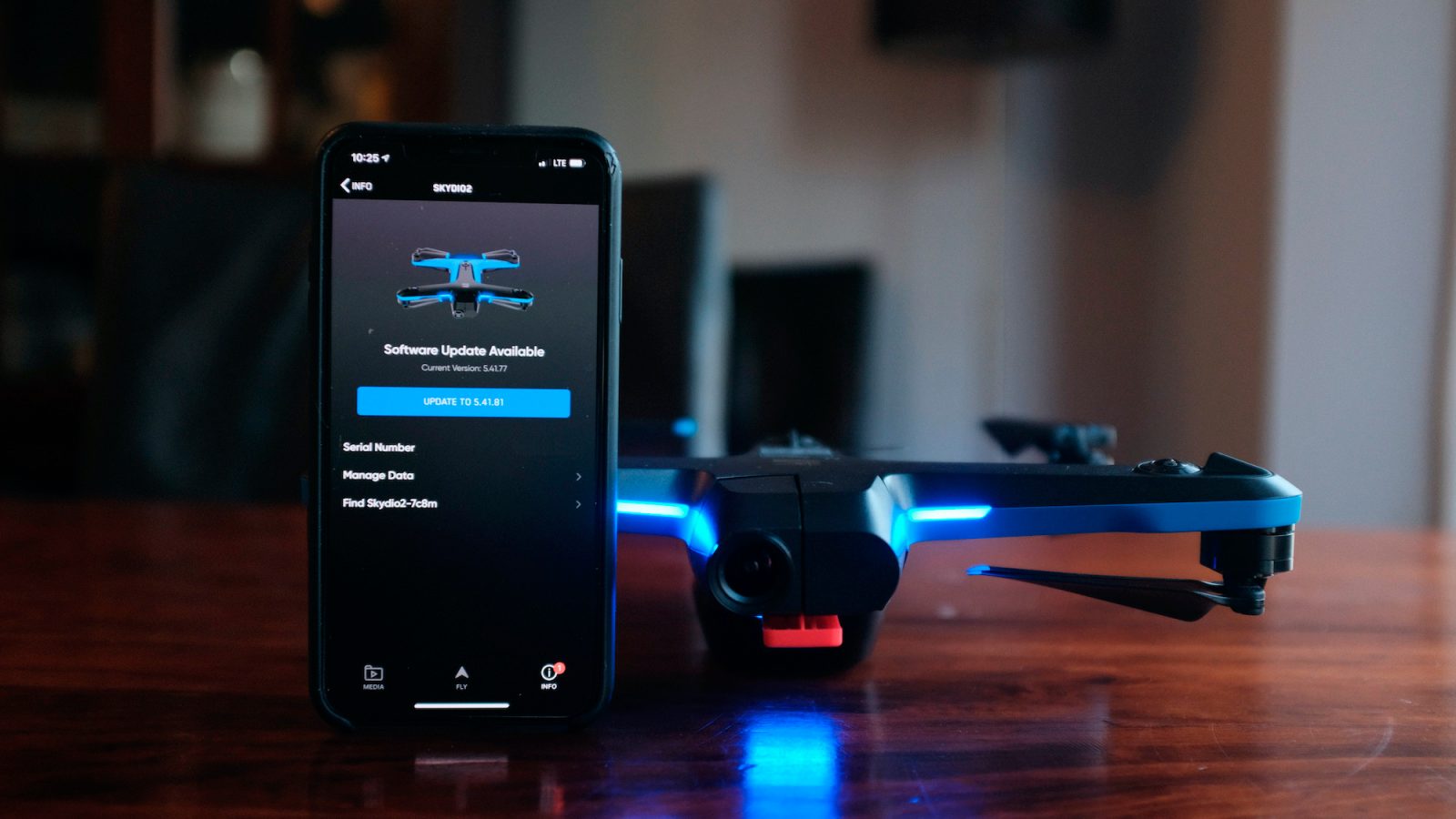 Yesterday, I received the new Skydio 2, and after charging the batteries, I was planning to take it out for a quick flight this morning. But before I could do so, the self-flying drone informed me that a new firmware update was available: version 5.41.77.

According to Skydio, this new firmware update addresses flight performance, tracking updates, and critical flight bug fixes. Unfortunately, the company doesn’t provide any more detail as to what we can expect in terms of improvements, and since I have yet to fly this new drone, I have no reference.

The update is quick and easy. The Skydio app downloads it to your phone, and once that’s completed, it updates the unmanned aircraft. The entire process took less than five minutes. Since I also have the Beacon, I needed to update that device as well.

Once the firmware update was completed, I quickly grabbed a microSD card from my desk and inserted it into the drone. Then I grabbed my phone, and the Skydio app told me that my 64 GB was too slow. It said: “This SD card is too slow to record video.” I thought it was a nice feature that at least you are made aware before heading out and flying the drone. So I swapped the card for a 64 GB SanDisk Extreme UIII microSD card ($14.45 on Amazon) that solved that problem.

After starting up the beacon, it tells you to connect your phone to the device for a stronger signal and then, finally, I was ready to take my new Skydio 2 for its maiden flight!

More information on how to install the firmware update for the Skydio 2 can be found here.

What do you think about the new Skydio 2? Have you received yours yet? Let us know in the comments below.