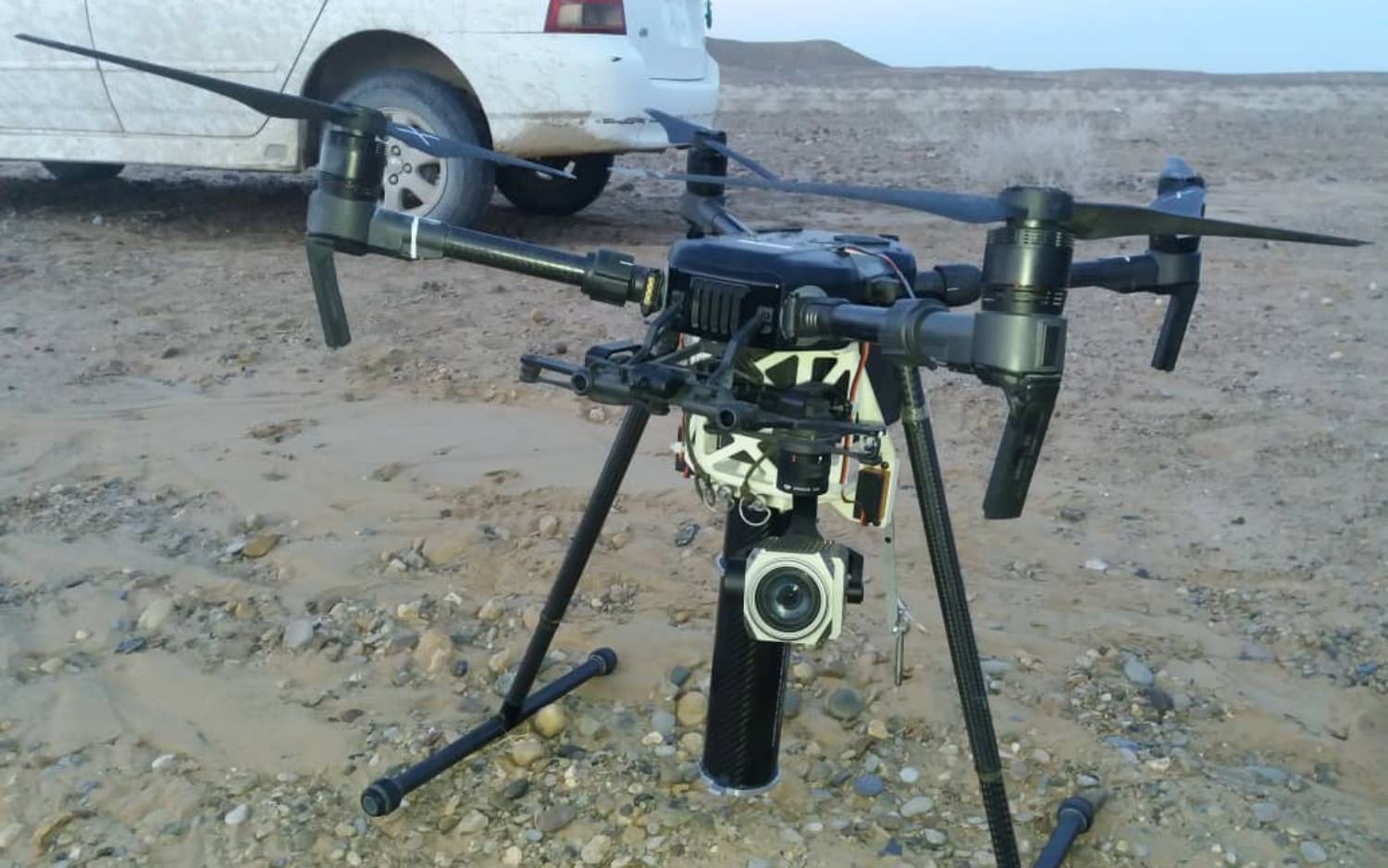 In a Tweet from a few days ago, a photo and video are shown of what seems to be a weaponized DJI Matrice 210 that was allegedly seized by the Taliban from Afghan security forces during a night raid in the Garamsir district of the Helmond province in Afghanistan.

Correction: an earlier version of this article erroneously said it was a DJI Matrice 200 when it is in fact an M210

A few days ago, this photo and video surfaced of what appears to be a weaponized DJI Matrice 210 that was allegedly seized by the Taliban. The enterprise drone is outfitted with both the powerful Zenmuse Z30 zoom camera as well as what seems to be a grenade-dropping mechanism.

The DJI drone was apparently seized during a night raid that involved US and Afghan National Defense and Security Force (ANDSF) personnel in the Garamsir district of the Helmond province in Afghanistan.

Nick Waters, who also works for the online investigative reporters’ group BellingCat, retweeted the photo with the following text:

The tube underneath is usually synonymous with armed drones. If so, this could be an indicator of use of armed drones by Afghan security forces.

The video shows the weaponized DJI Matrice 210 in greater detail, but we would need translation services to find out what is being said.

Video looking at this drone in more detail.https://t.co/lBch2mJJzF

See this example from Iran, dropping a UK made cluster sub-munition. pic.twitter.com/F5uewUKeMK

A few years ago, Nick Waters also put together a database that he shared on Dropbox that has, he believes, every drone strike that was published by the Islamic State in 2017. According to his count, there have been at least 208 cases in which off-the-shelf drones were used to drop grenades and other explosives on targets. Some of these strikes were then reported on DroneDJ, and we had never before seen such a large collection of images and videos showing how drones have been used for these purposes.